I feel as though Vegas is a second home.  I go there every year for New Years and it NEVER gets old!  Some of my friends say “You’re going to Vegas…again?” but there is always something new that I never saw or did the time before and there’s sooooo much more to do than gamble! Hey I like what I like! Anyone wanna come with next time? At this point I think I’d be a pretty good tour guide! 😉

This last day we went to First Food & Bar for lunch.  It’s located in the Palazzo. 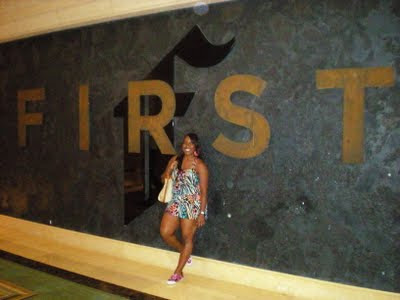 Yeah, yeah I know you’ve seen this top several times before. LOL!  It’s comfy, cute, and I love it! Apparently it’s long enough to wear as a dress.  So I switched it up this time! 🙂 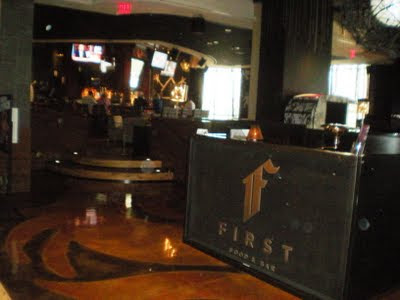 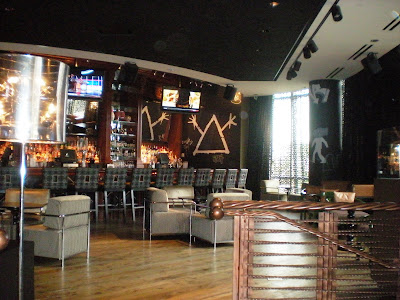 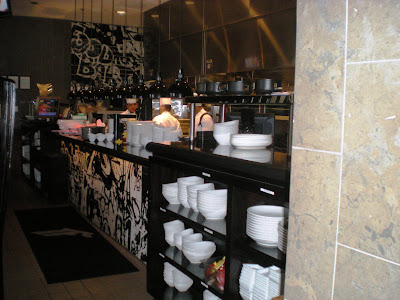 First Food & Bar is a hip restaurant lounge/bar/diner with an urban flair.  If Im not mistaken, it’s the perfect place to go to for a late night craving!

Having warm prezels as a complimentary starter was definitely a first! 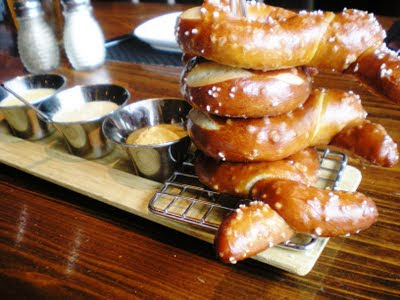 Here’s what everyone had for lunch: 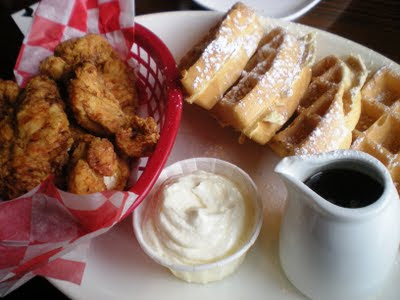 This was my dish and it was delish!!!! 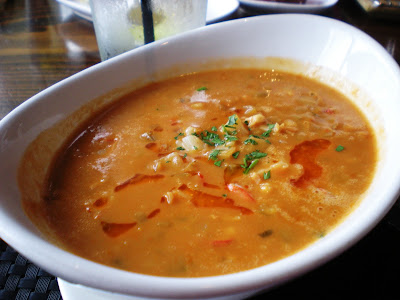 I tasted it and it was that deal!!! 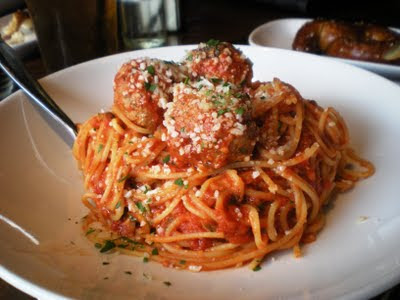 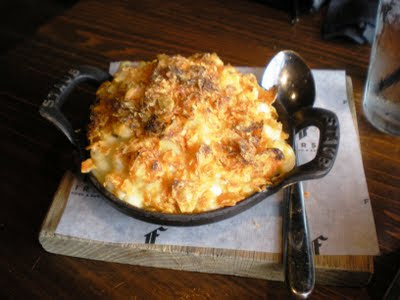 Dorito Mac and Cheese!!!  Im not the biggest Mac N Cheese fan but I tasted this dish and any Mac N Cheese lover would definitely appreciate it!

FYI:  One of my followers asked how do I eat so much great food and have my figure LOL! Well, I’m a true believer that you can eat what you want in moderation and maintain your desired size with a little exercise.  The plates of food that I show you guys tend to be pretty big but I NEVER eat all of it!!! Maybe half and I work out too. 🙂 (Lil’ secret…I’ve actually lost a few lbs. since starting this blog in May)

Later on we went to Margaritaville for a cocktail…..I LOVE Margaritas! 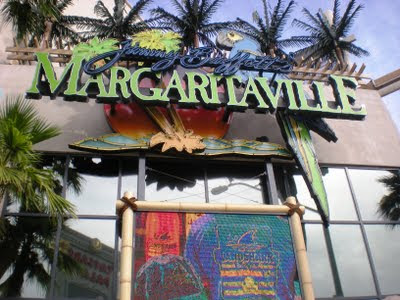 I wanted the best “Bang for My Buck” so the recommendation was the “Perfect Margarita”! It has 3 different tequilas and lime juice…YIKES!!! 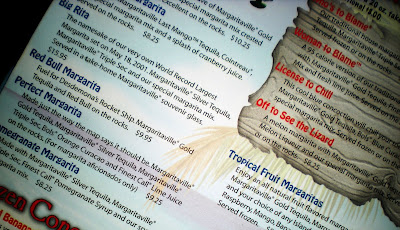 Two of us were bold enough to try it.  Everyone else went for a regular ole’ frozen rita. LOL! 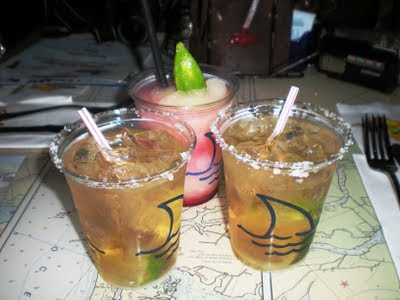 Wellllll….It was super strong and I had to squeeze the mess outta those limes to cut it down some, but it was well worth it!

Next we went to the Mirage and I went to Sugar Factory!  Yall, this is the cutest, hippest lil’ candy store EVA!!! 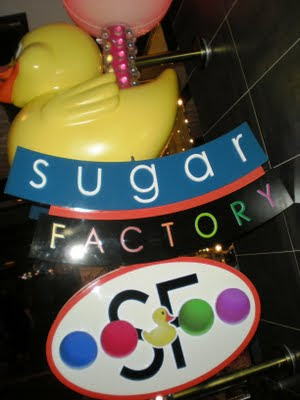 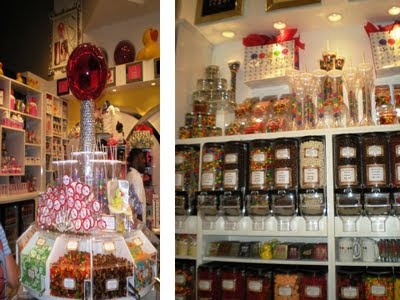 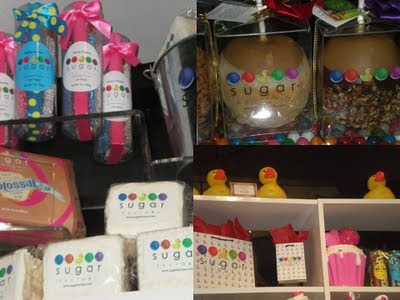 The Sugar Factory is known for their “Couture Lollipops” that have sparkly beading on the handle.  A lot of the different flavors have been named after celebrities. Check it out here! 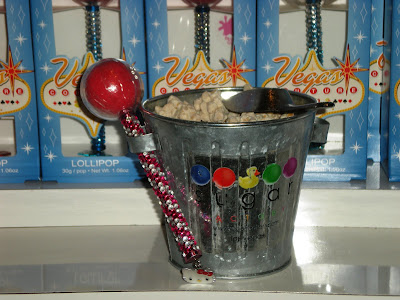 Wellllllll…you know ya girl had to have one right! 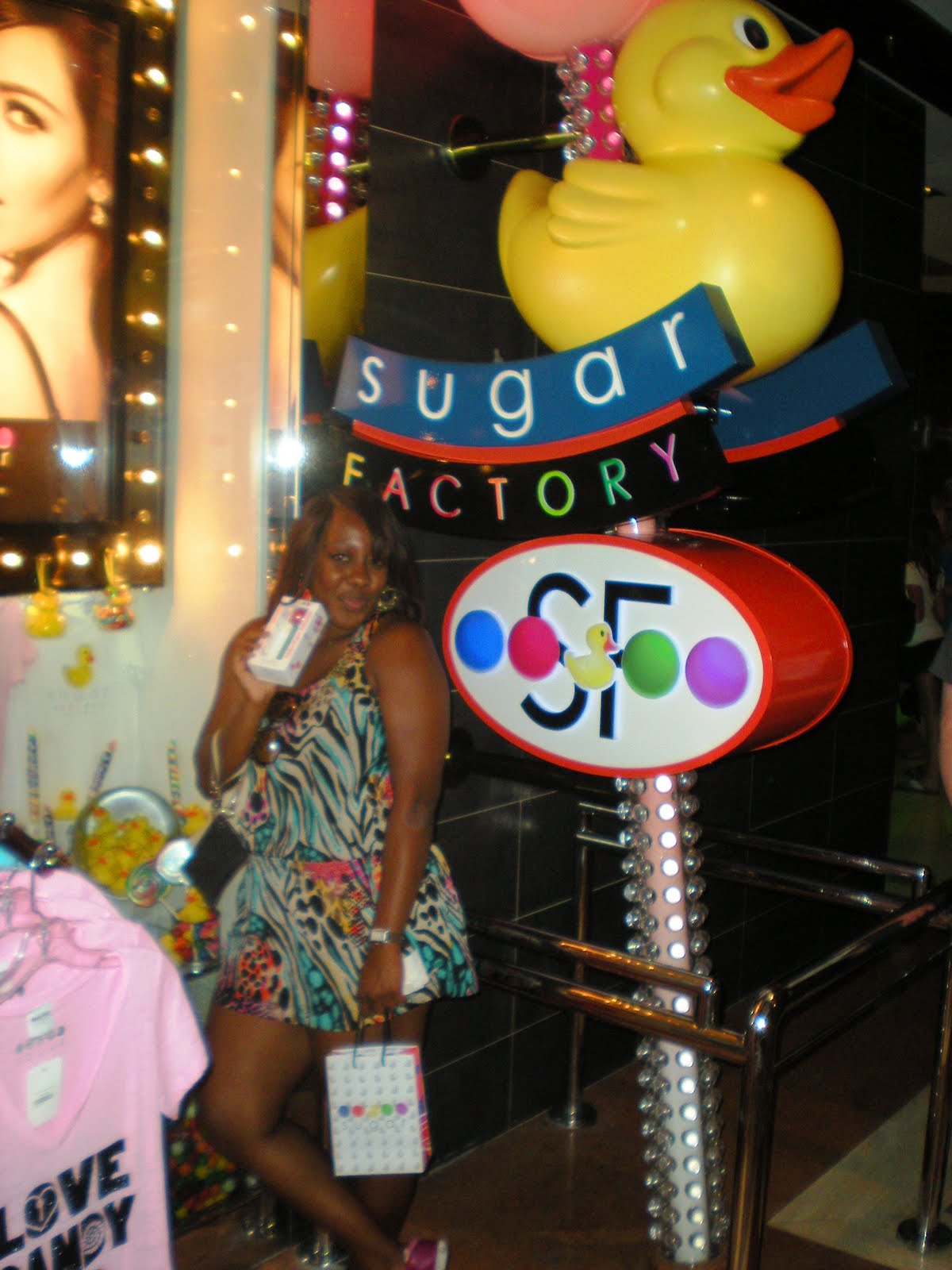 Whewwwww!!!! SO that was a lot of pics and that was bearly scratching the surface but I’ll stop here.  In case any of you were wondering if I gambled…. 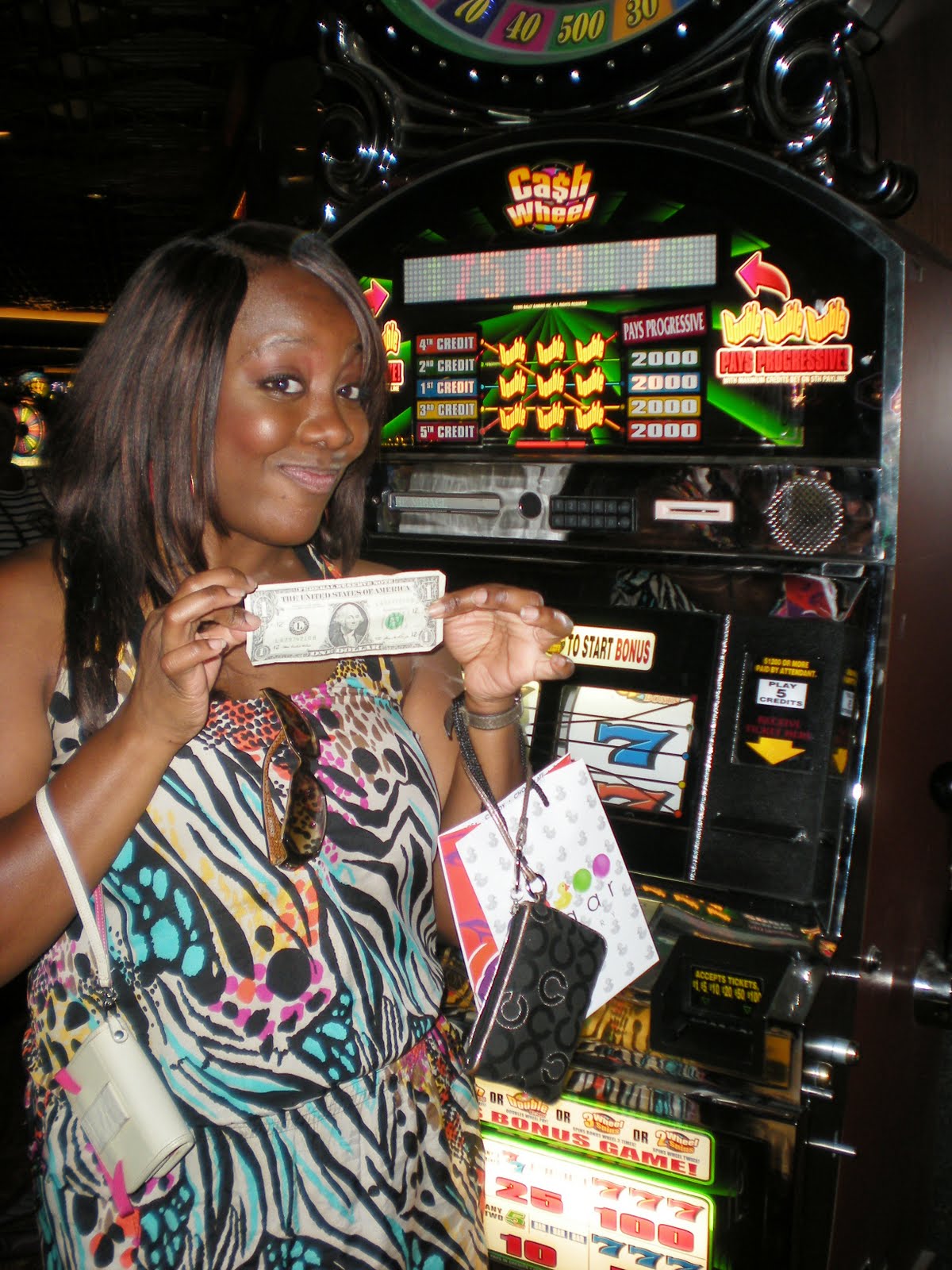 Just an intsy teeny weeny bit….Shoot I work too hard for my

moo-lah to give it away to a machine! LOL!

Thank you all so much for visiting my blog!