I pray everyone’s week is off to a good start!  I am still recovering from the large amount of good eats I’ve consumed over the last few days.  I am back to work for a few more weeks and then I’ll be off for more fun again!  That’s one of the perks of being an educator!!!  Here is my Teacher OOTD!!!

The weather is so wishy washy here in Florida!  35 degrees one day, 60 the next….I can’t.  I’d rather have cooler weather during this time of year.  Holiday time that is.  Christmas doesn’t feel right when you can go outside with shorts on.

Yesterday I had the day off and that is ALWAYS a good thing, especially after having a long holiday break.  Since it was nice and chilly outside, I thought it would be a great idea to take a stroll downtown and try out a fairly new restaurant that opened up back in September called Pho. A Noodle Bar! 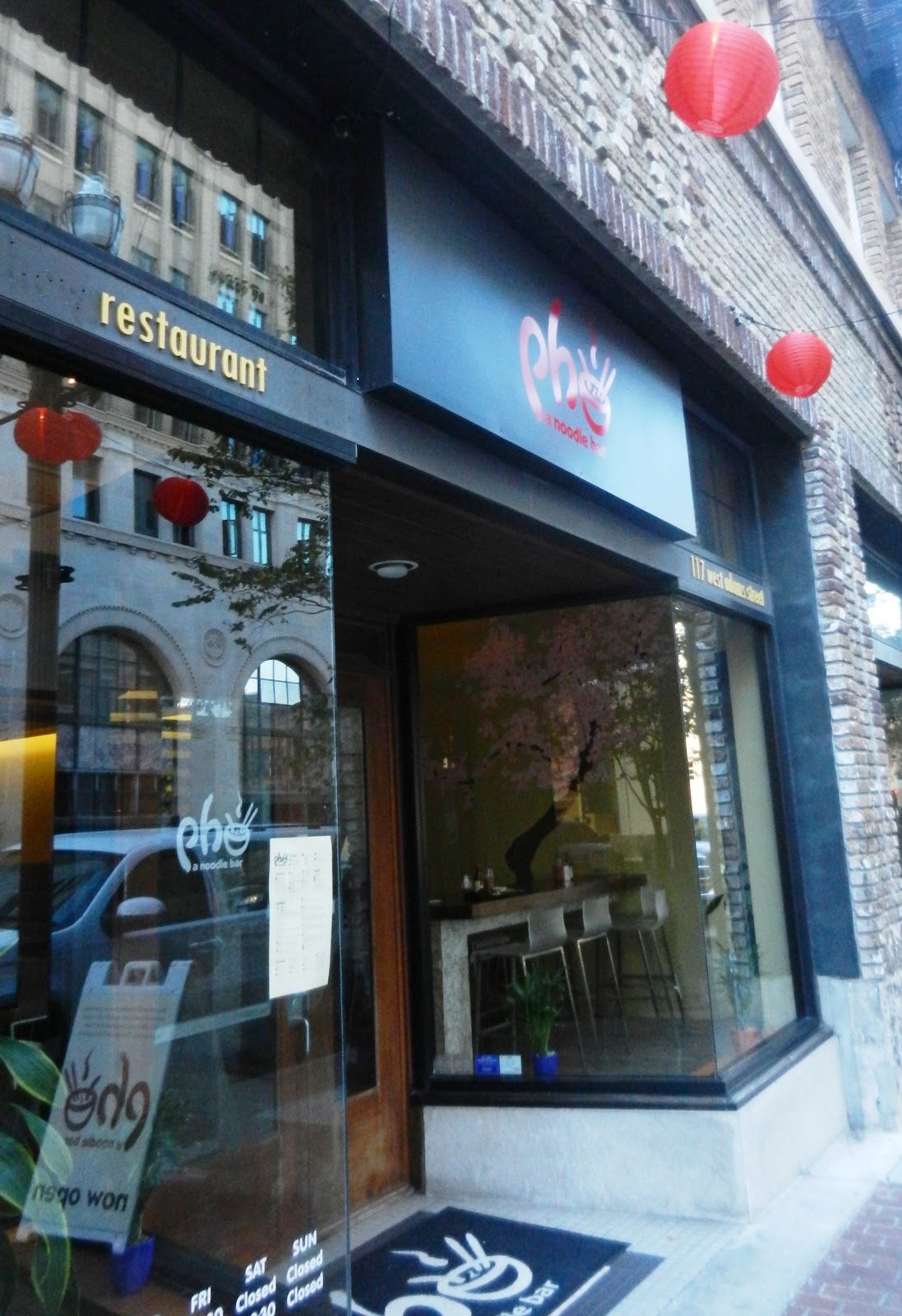 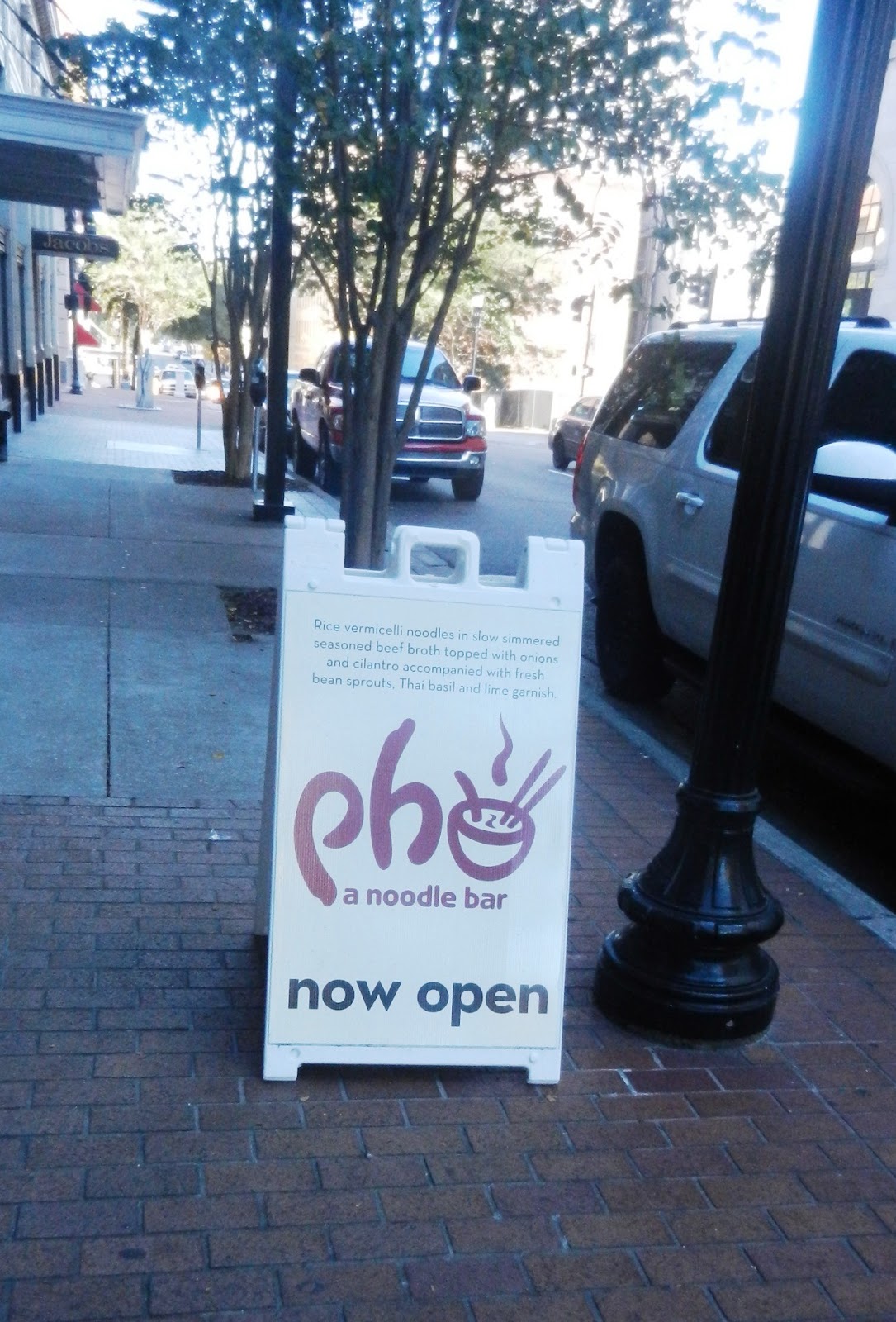 So for those of you who may be wondering what the heck “Pho” is let me enlighten you.  Pho (pronounced “fuh” like “duh”)  is a Vietnamese soup with rice noodles, bean sprouts, other veggies, and meat (if you like). 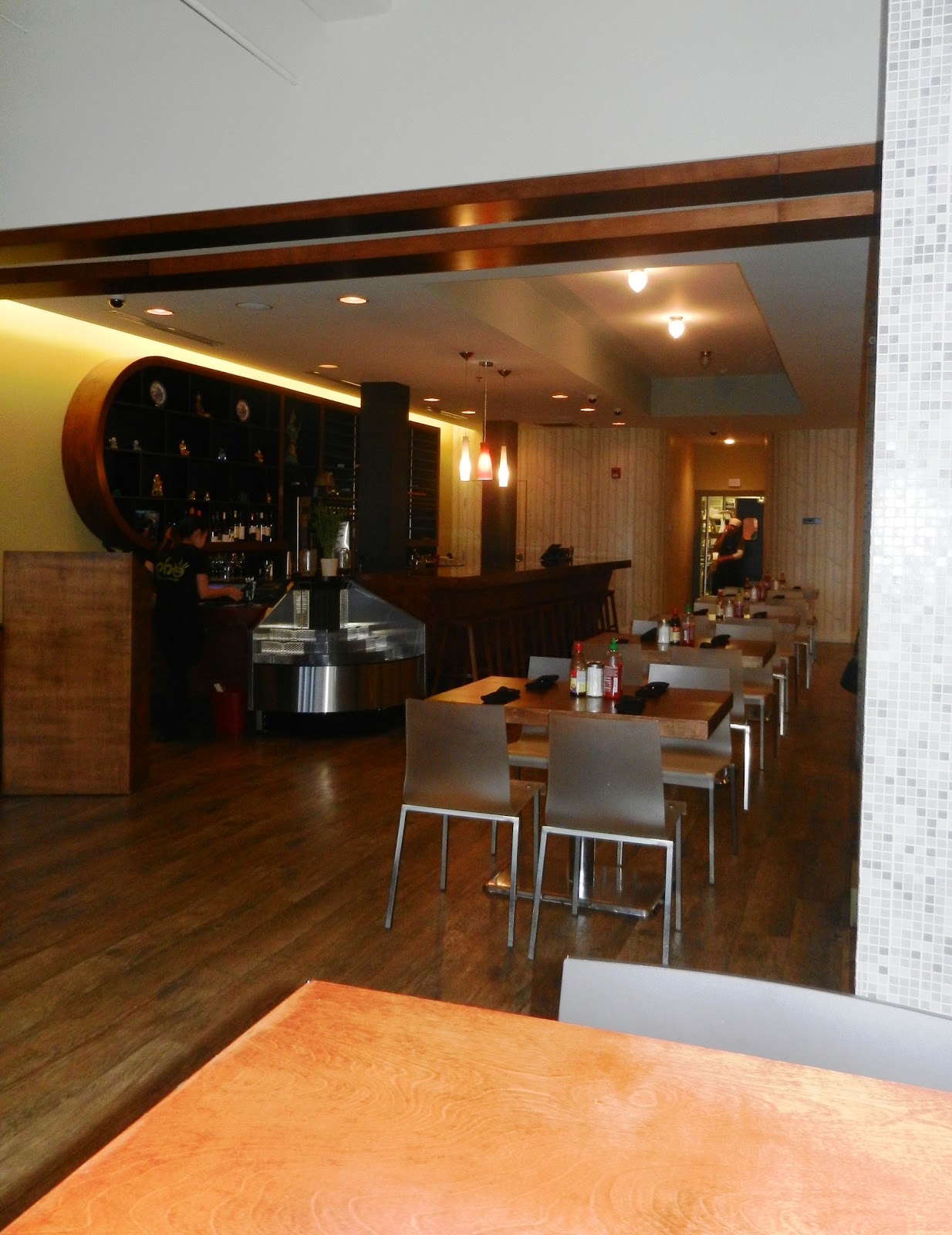 As always, I think ambiance is everything when dining in a restaurant and I loved the decor.  Nice hard wood floors, exposed ceiling, and high top tables (at least where I was sitting). 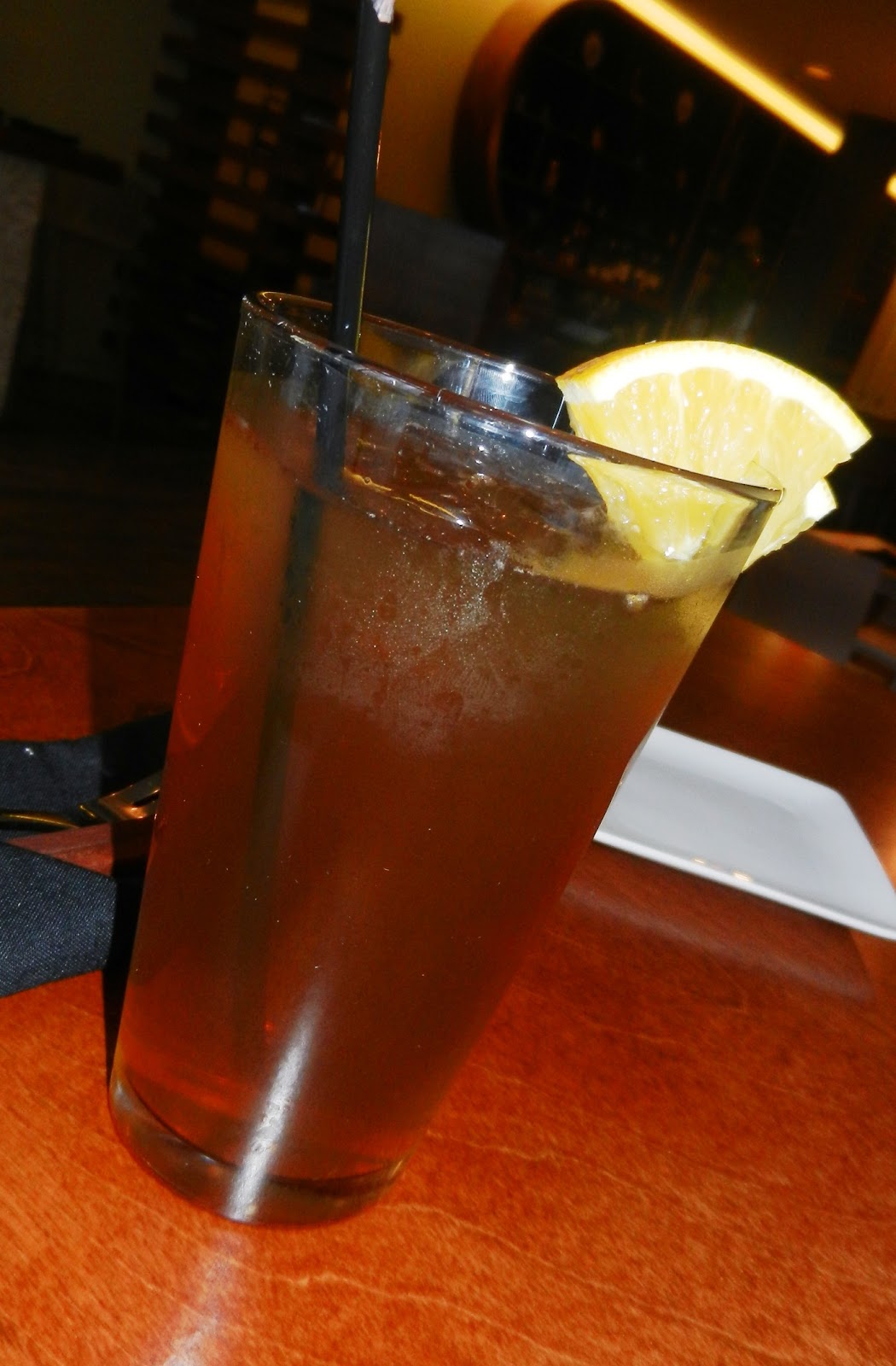 I had the China Mist Orange Blossom white tea which was very refreshing. 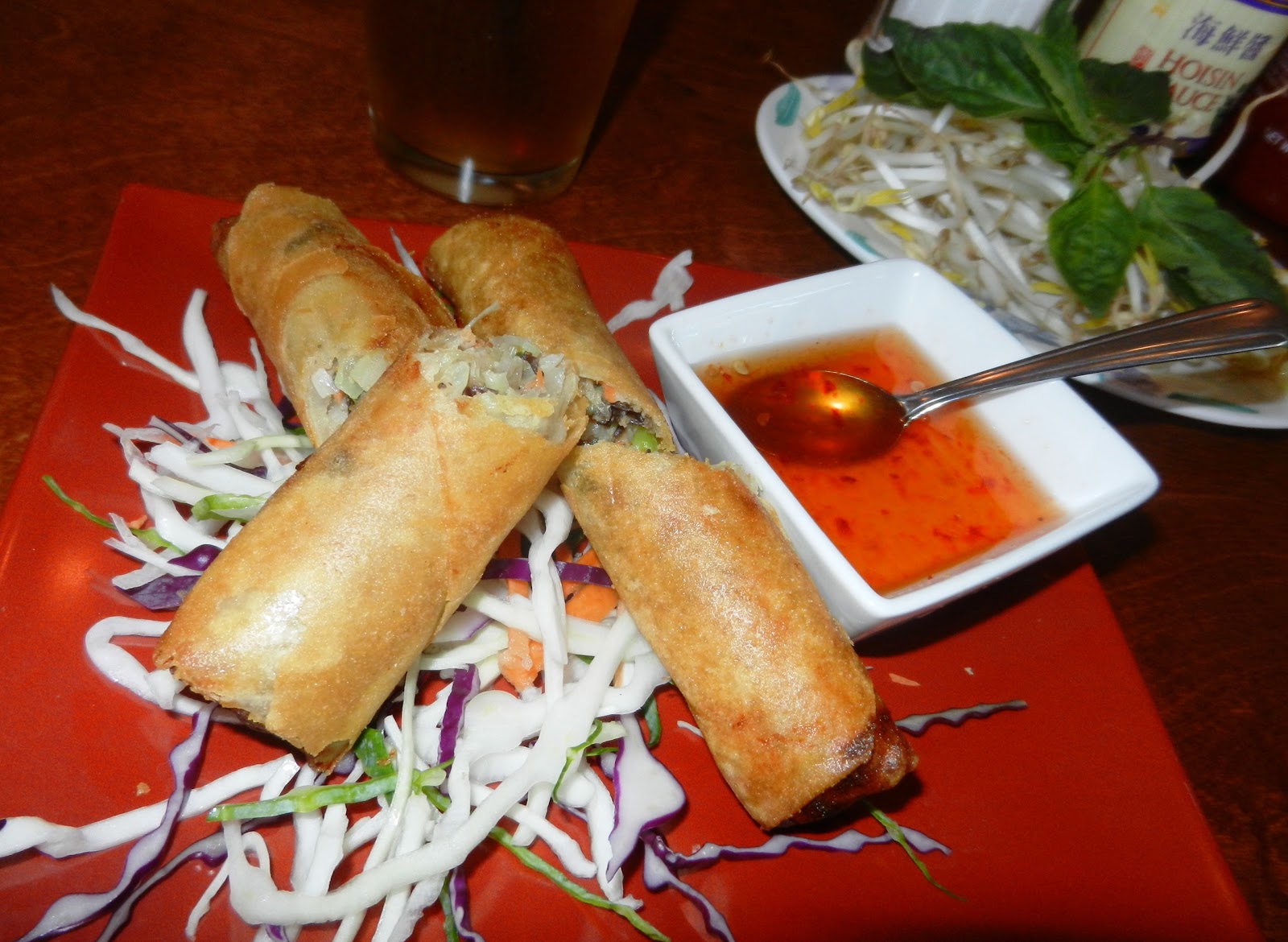 These little spring rolls were DA BOMB!!!  I could have had eaten plenty more of these bad boys!  They come vegetarian style also! 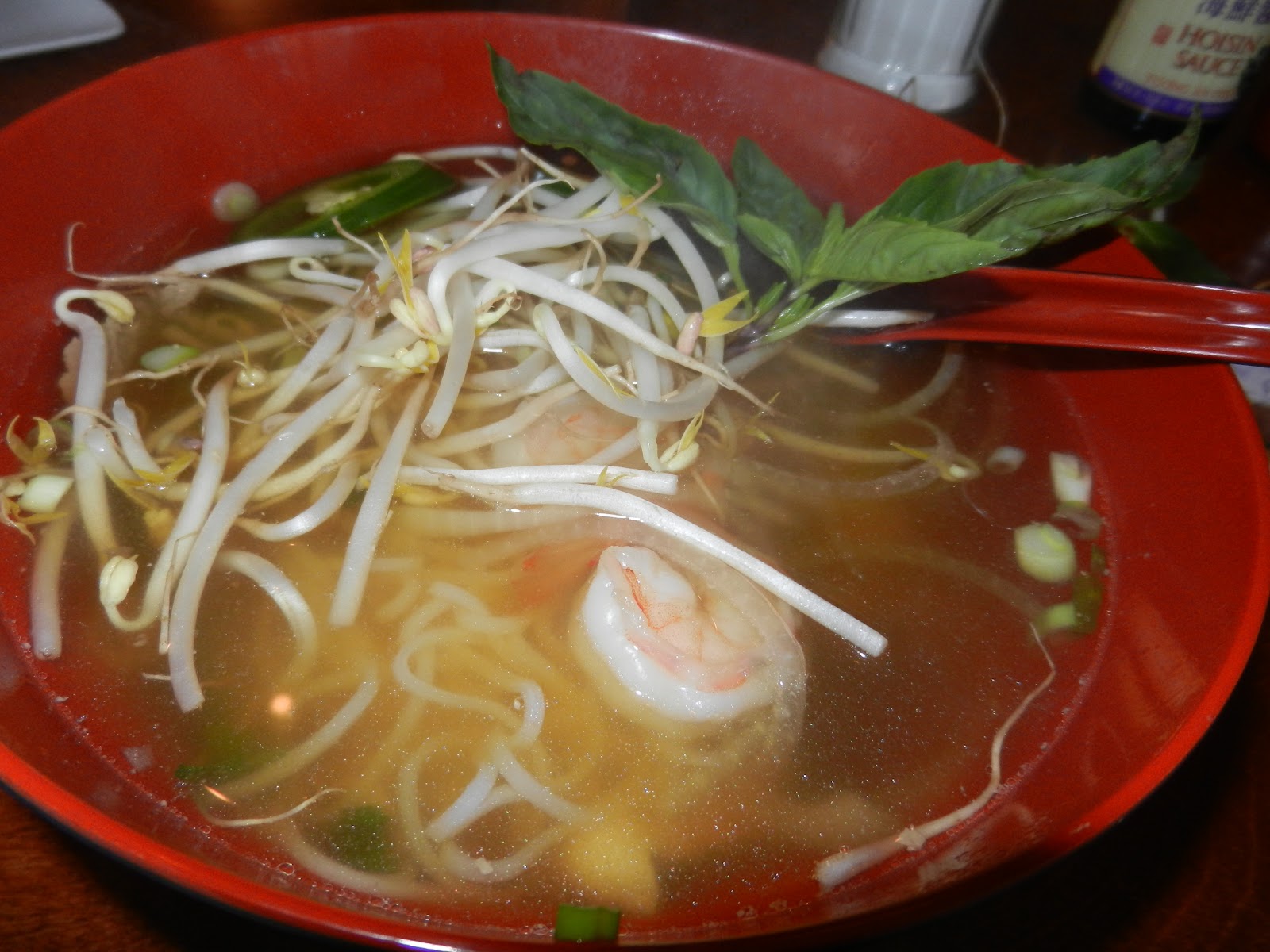 Here is my bowl of Pho!  It comes standard with rice noodles, seasoned beef broth, onions, scallions, and cilantro, bean sprouts, and lemon as a garnish. 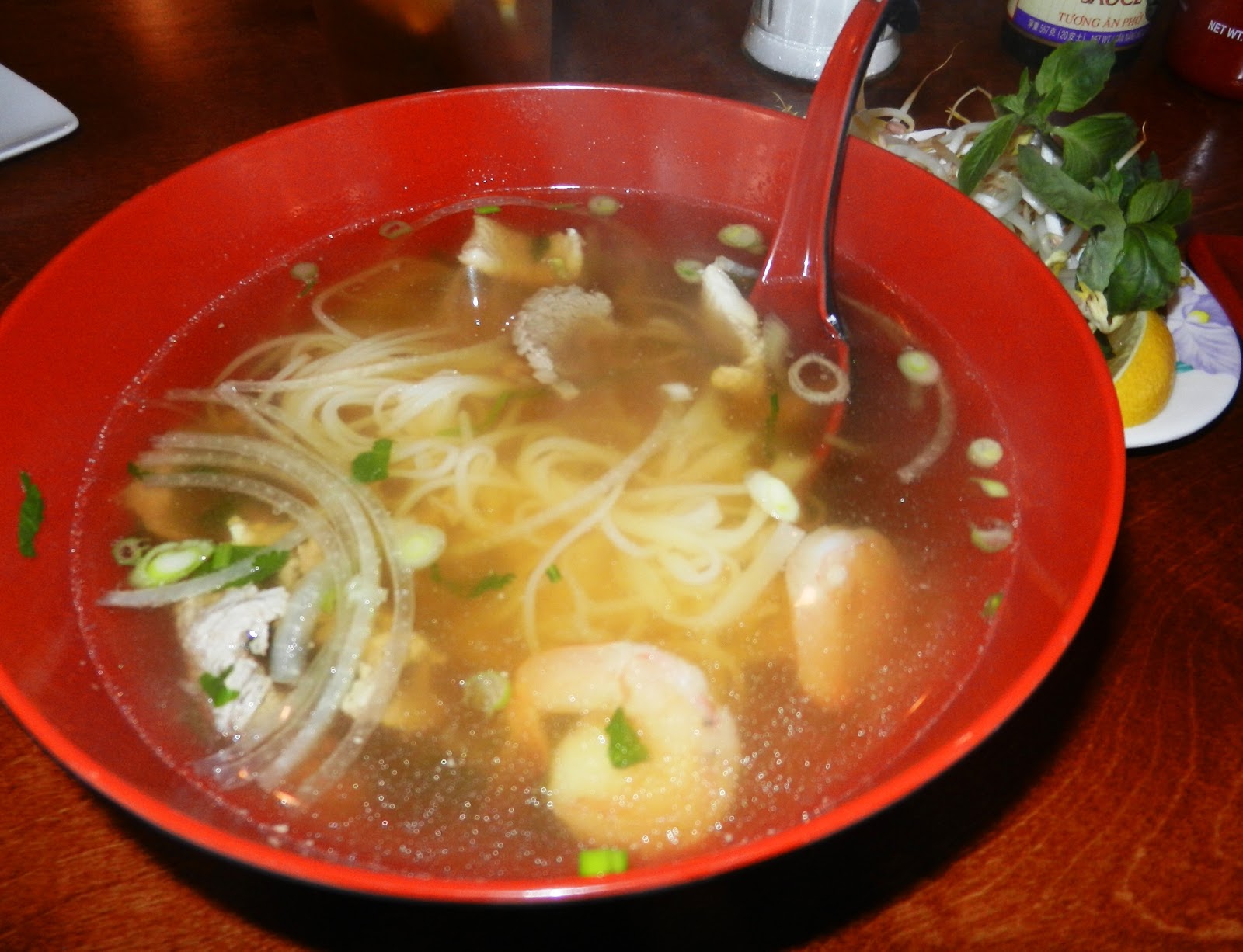 You have the option to build your own bowl of Pho with up to 3 meats so I chose shrimp, chicken , and flank steak. 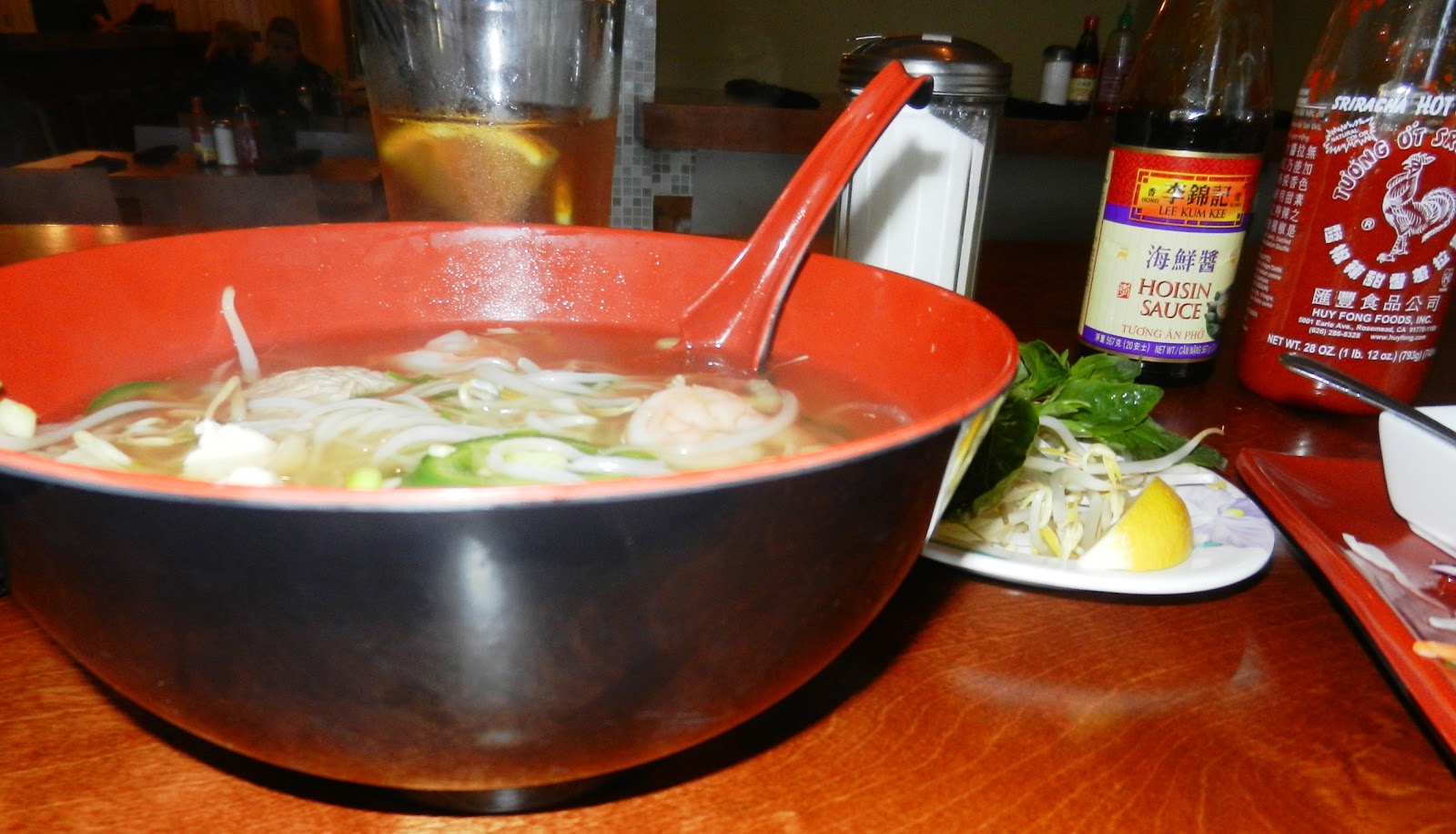 This was a small bowl…..which was actually quite large so I took almost all of it home with me.

This bowl of Pho was just the tool to warm me up but my only complaint is that it needed a little more seasoning.  The tables come equipped with Hoisin sauce and Sriracha, but that really didn’t do the trick for me.  Perhaps if the protein was seasoned first before being added to the dish.  That’s ok because it was still tasty and I would definitely be willing to go back!

Ok dolls, that’s all for now.  As always thanks for stopping by!

Talk to ya soon.