One of my friends and I recently made a visit to Mama Q’s Pizza for lunch and I am so happy I have another fabulous pizza joint to frequent because you all know I love me some pizza pies!  While visiting, I found out that Mama Q’s is coming up on their first anniversary so they are relatively new in town! 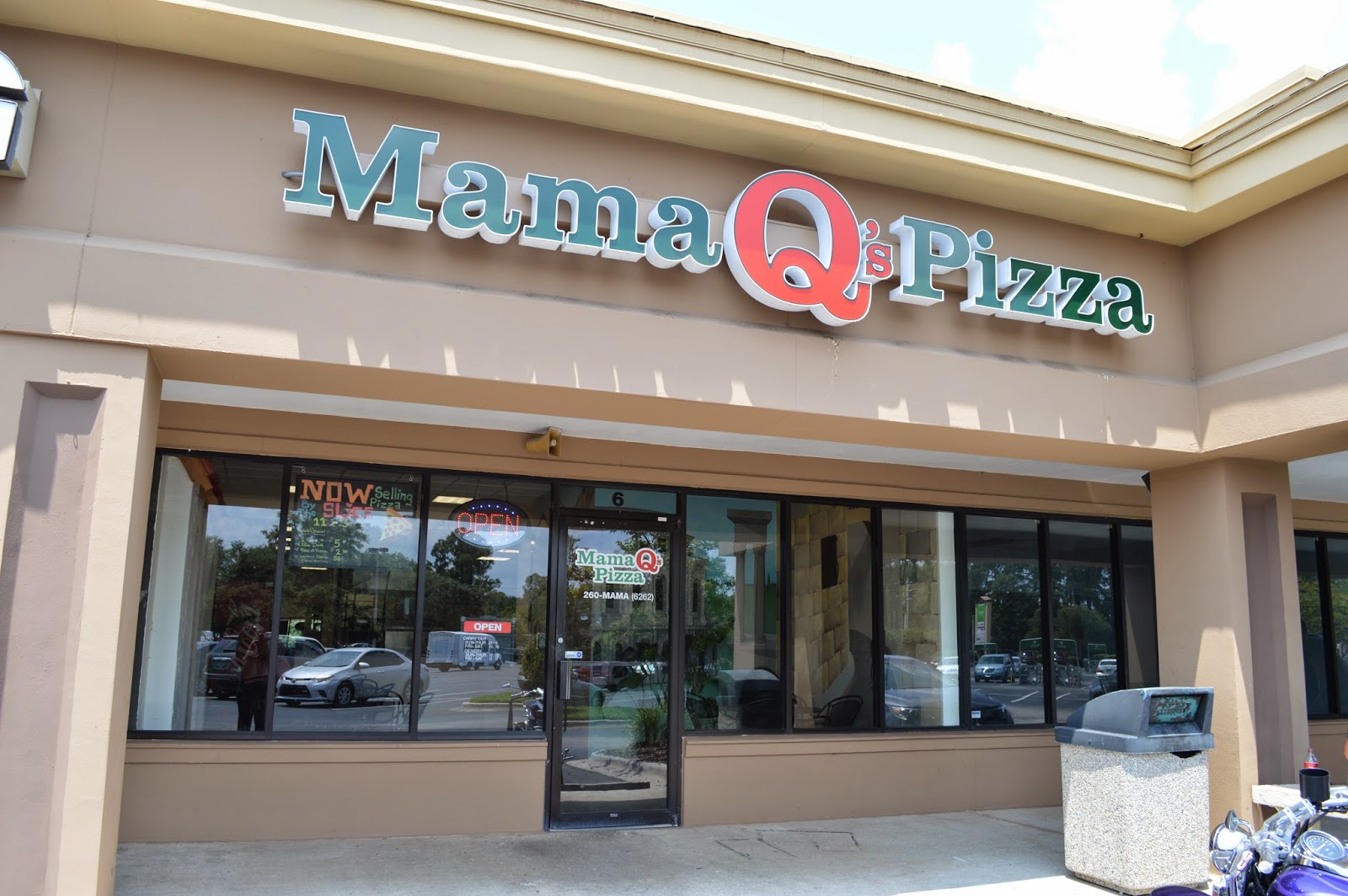 If you’ve been reading my blog for a while, you know how I feel about chain pizza restaurants vs. locally owned pizza restaurants….I prefer the latter.  Mama Q’s is family owned, small and quaint with food that packs a huge punch!  That’s exactly what I love about non-franchise pizza establishments and they also deliver to surrounding areas, which is another added bonus!  While there, I also found out that they shred cheese and make dough in house, daily.  They also use locally grown produce as often as possible.   Check out the painted walls!  They were done by art students from one of our local high schools!  I love that!

Soooo bread is a gift from heavens above lol…there’s no denying how much I love it….as a matter of fact, I’m not sure I know anyone who loves bread more than me.  With that being said, I decided to order these garlic knots even though I was planning on ordering a pizza as well.  Don’t judge.  They were amazing and we could smell them baking while we were waiting which just built up the anticipation to indulge in them. 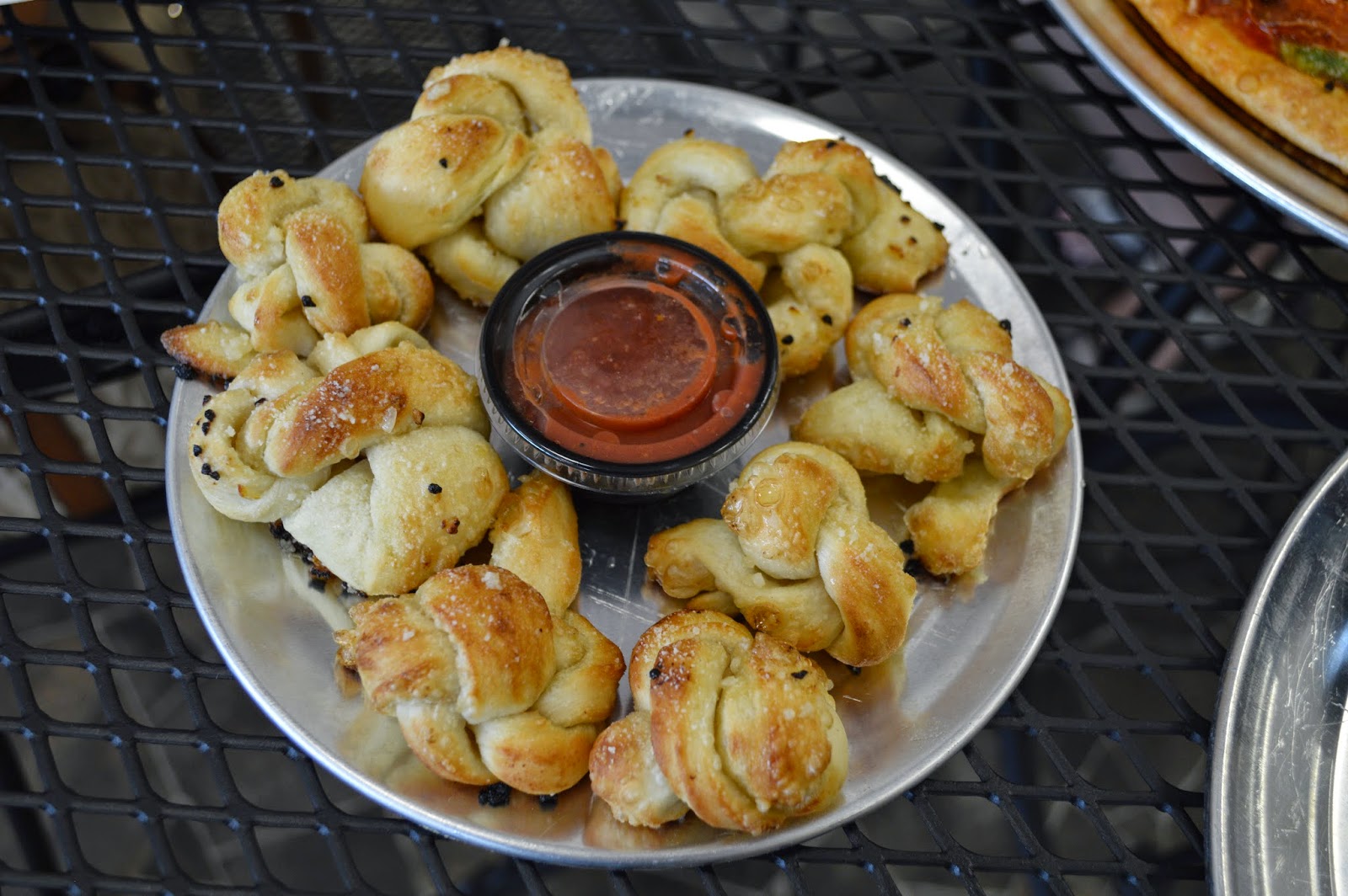 We wanted a pizza that was reminiscent of a Supreme style pizza so we ordered the Mama Q’s “Kitchen Sink” pizza!  It was phenomenal!  It came with pepperoni, sausage, green peppers, red onions, and mushrooms (we omitted the mushrooms). 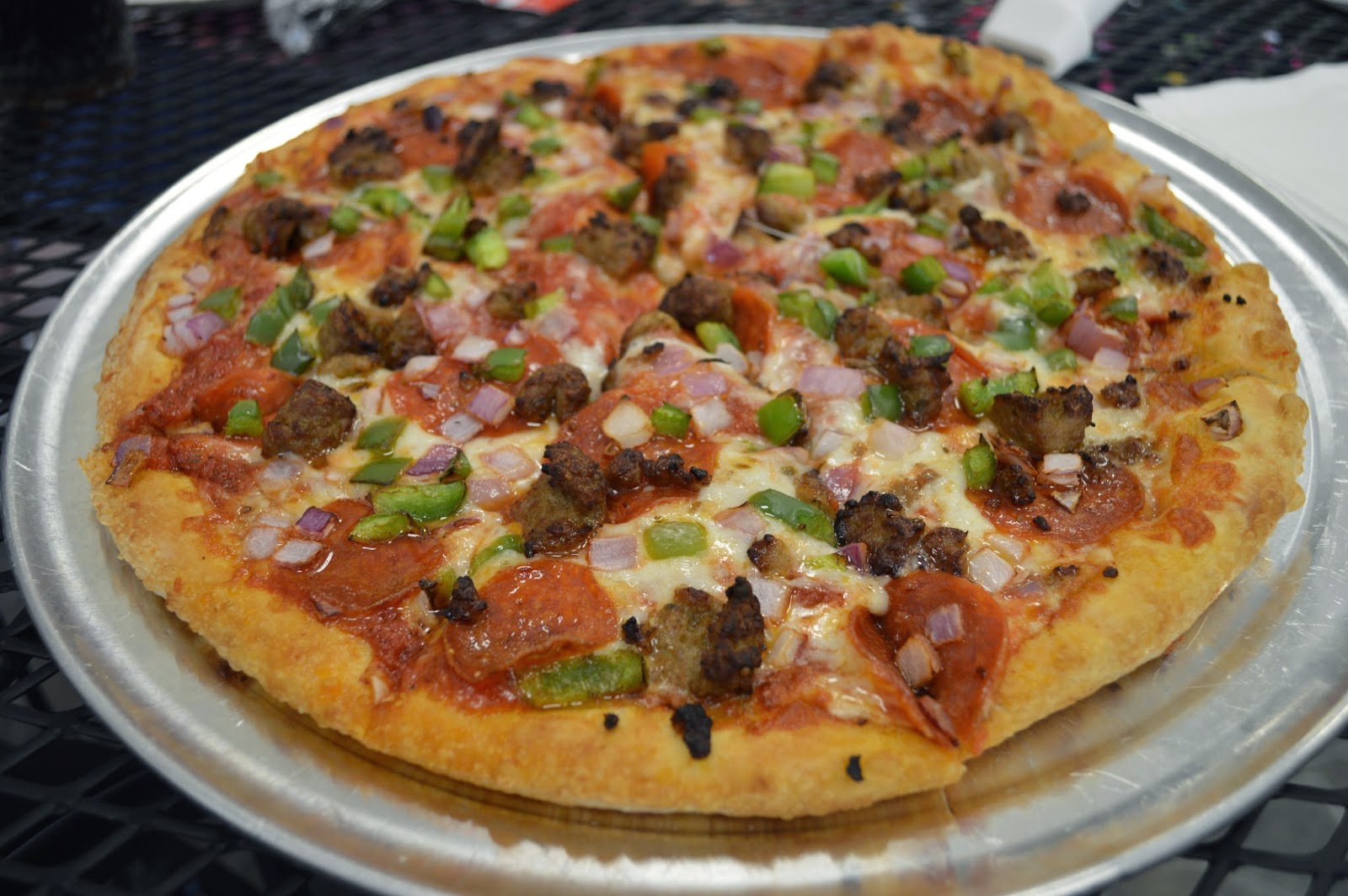 This pizza was delicious and the veggies were so fresh!  The two of us could’ve ate the entire pizza in that one sitting along with all of the garlic knots and dessert but we decided not to be little piglets and took some to go. 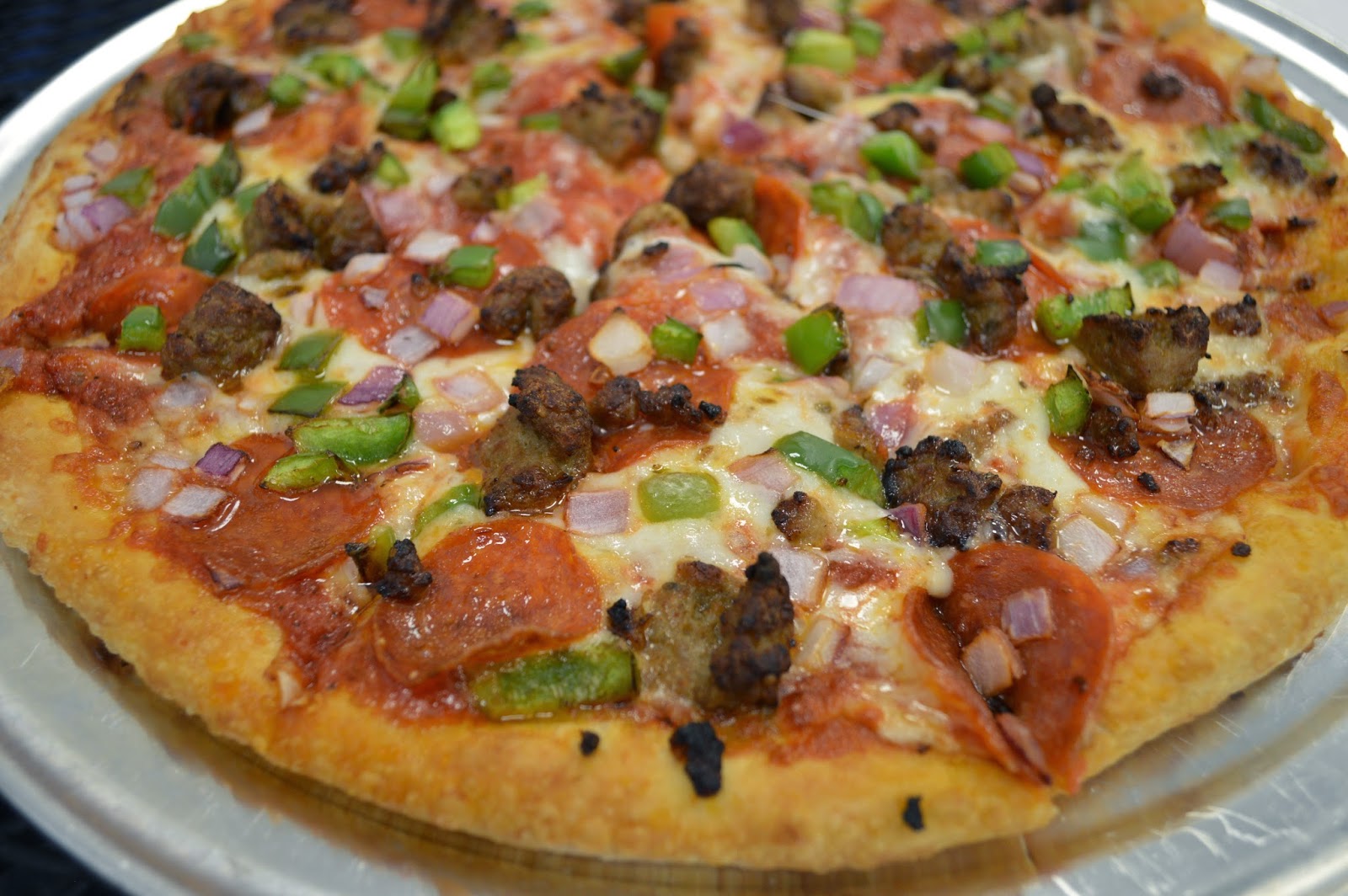 For dessert we got the Cinnamon Maple Sticks.  Of course they were yummy.  The sticks were buttery and cinnamon’yand the dipping sauce was unexpected.  I was expecting a white icing but got this maple icing instead which was a nice surprise. 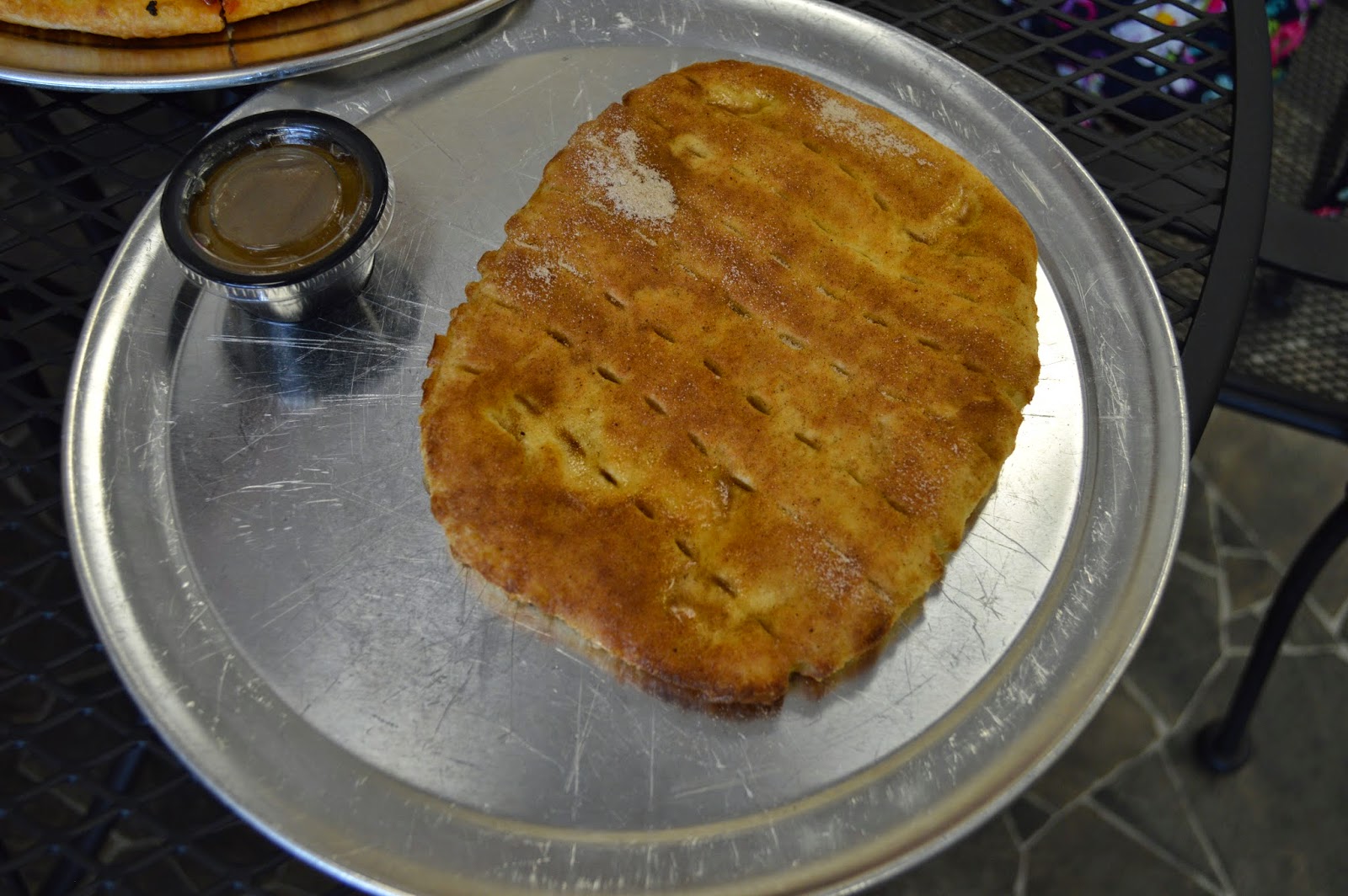 We enjoyed Mama Q’s!  The pizza we got was delicious and I’m looking forward to going back and trying some of their more unique pizzas like the  Mama Q’s “Mashed Potato Pizza” and “Clams Casino Pizza”!  Sounds enticing doesn’t it!  If you are in town, take a trip to the Mandarin area for some Mama Q’s, you’ll be glad you did!

Talk to you all soon.