I was recently invited to check out the grand re-opening of the new and improved Applebee’s in Orange Park.  This particular location was the last of the city’s Applebee’s to be remodeled and now all of them feature a new “community” look that focuses on education, non-profit organizations and first responders in the Jacksonville area! 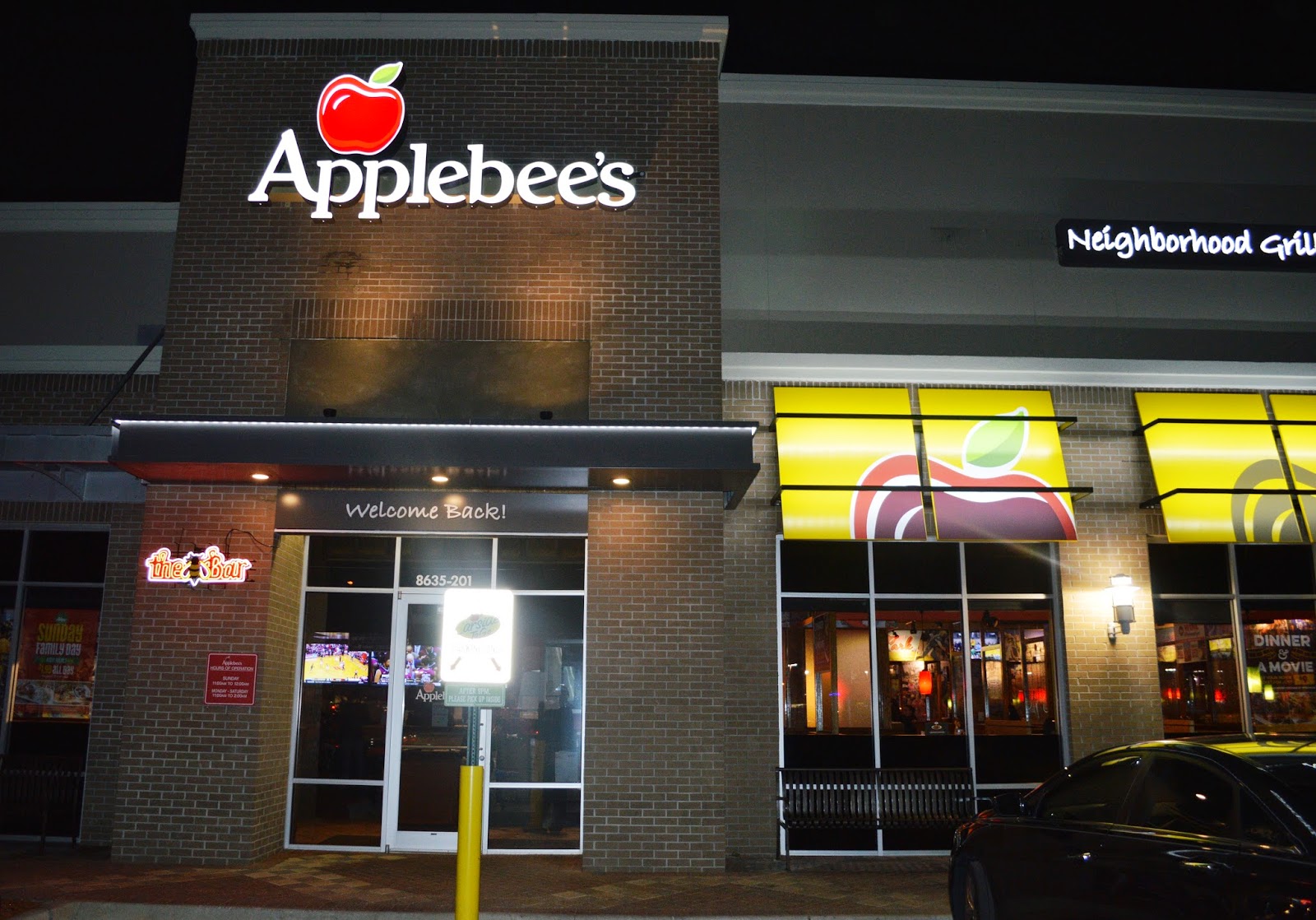 I was pretty impressed with the updates.  After visiting a few Applebees that have been remodeled, they have come a long way, in the right direction.  The wall decor consists of photos from local high schools and universities, professional and college sports teams and community groups. This definitely makes for a more community-like feel! 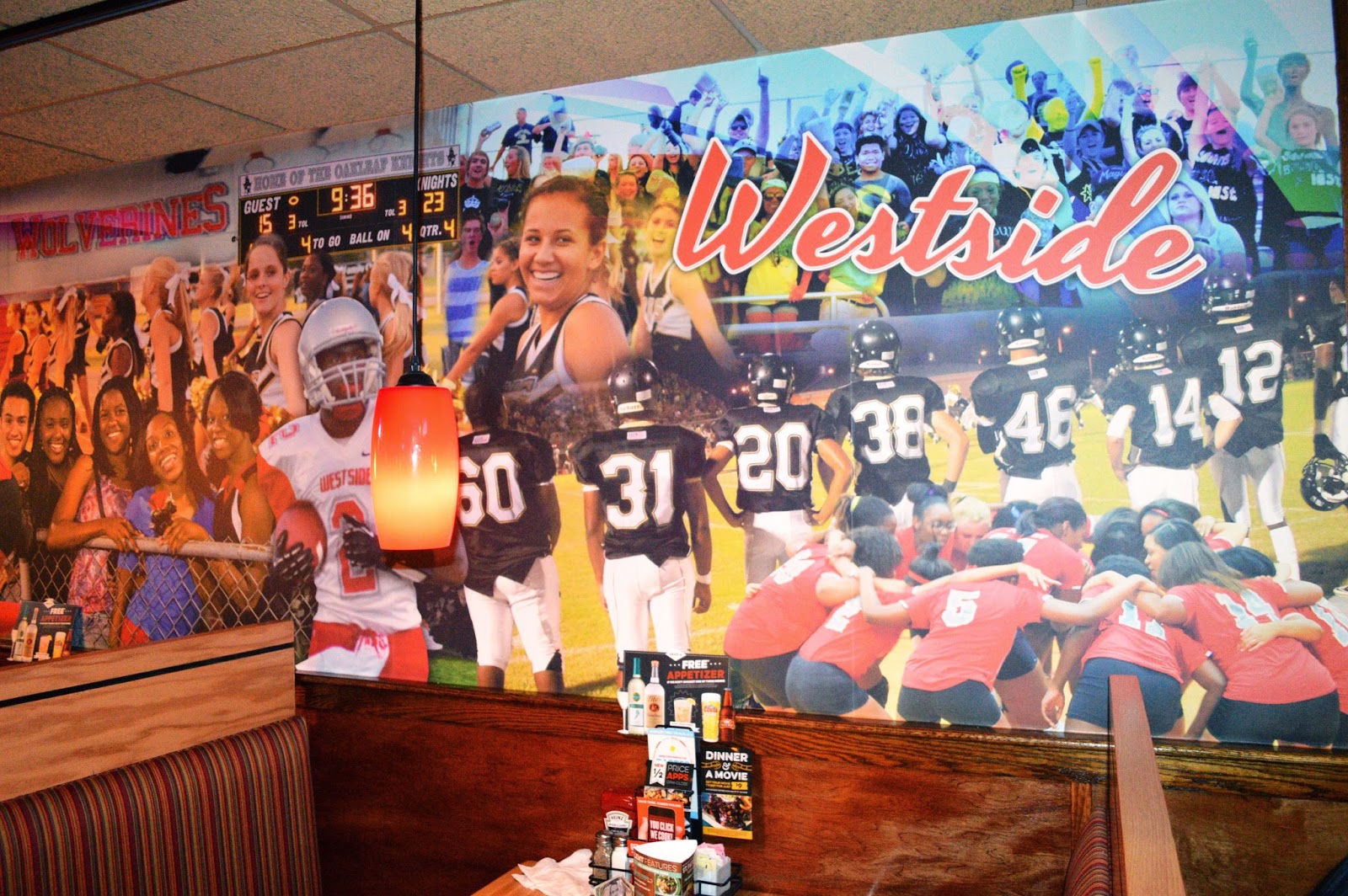 I brought one of my friends with me and as always, drinks were in order!  Speaking of drinks, Applebee’s now has “Wine Wednesdays”  featuring $10 Sangria pitchers and $10 off bottles of wine. 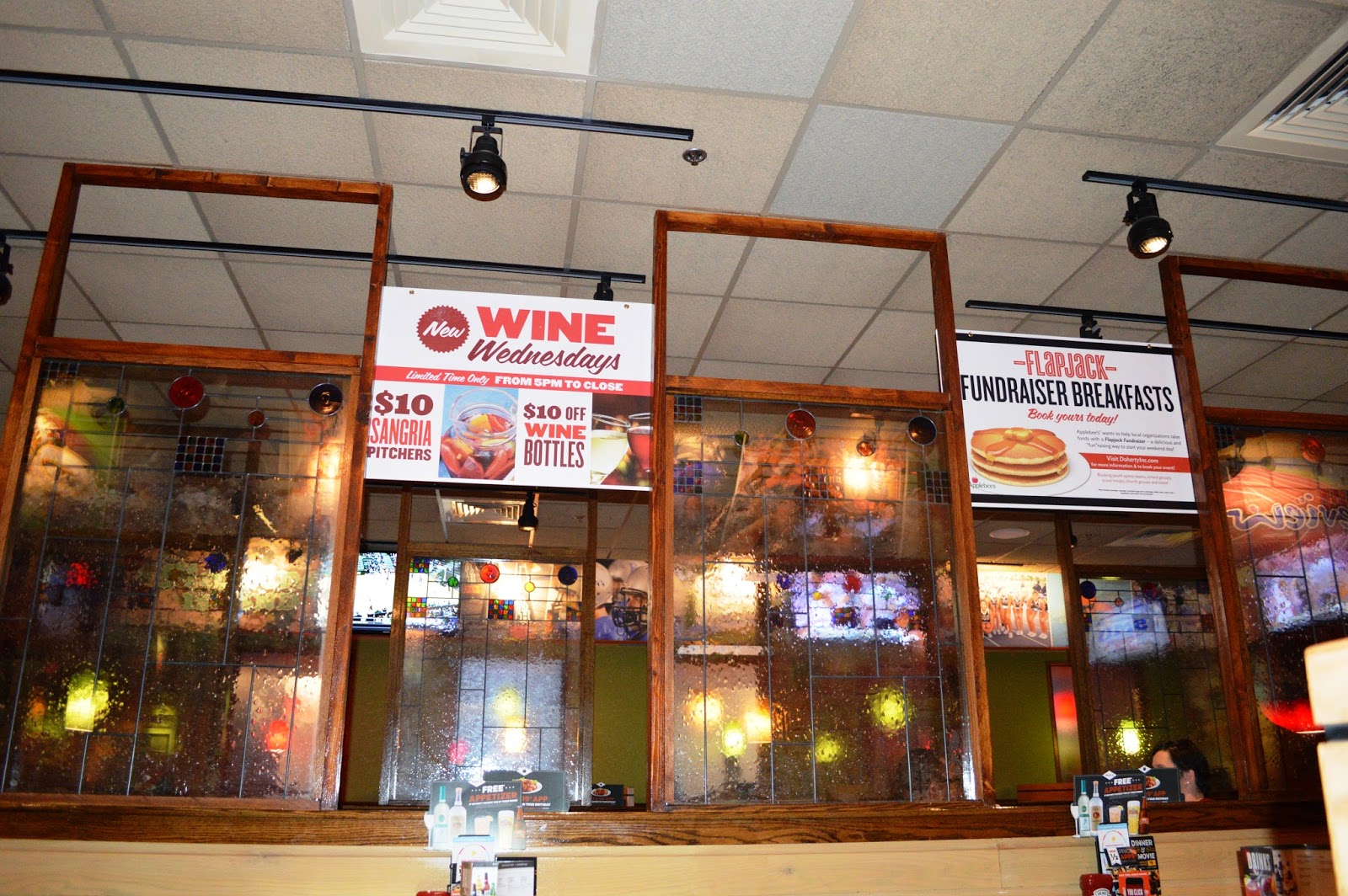 Since we were there on a Thursday we went for the awesome Happy Hour special which is everyone’s favorite, 2 for 1’s! 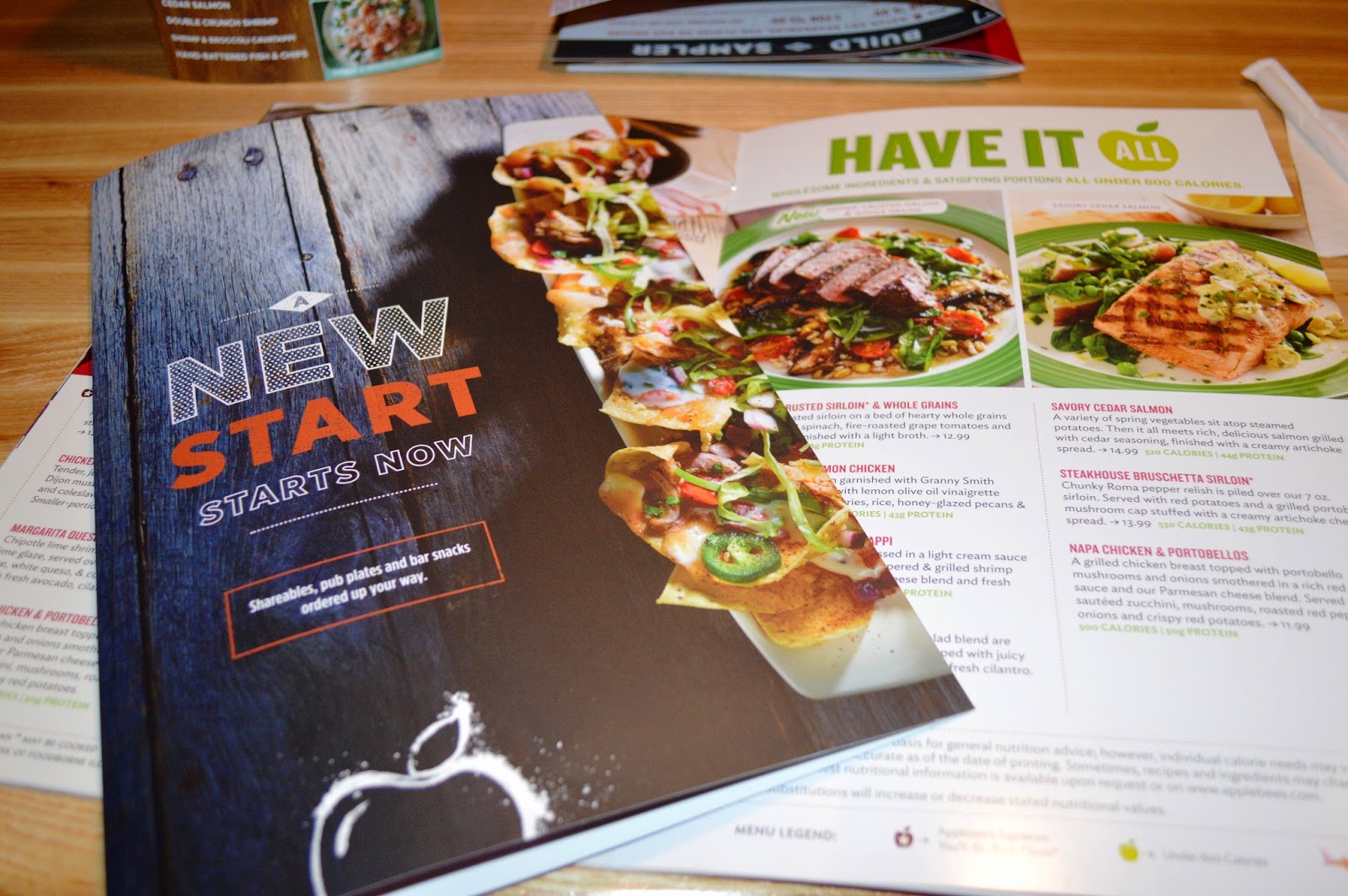 I had margaritas and my friend got the Bahama Mamas!  YUM! 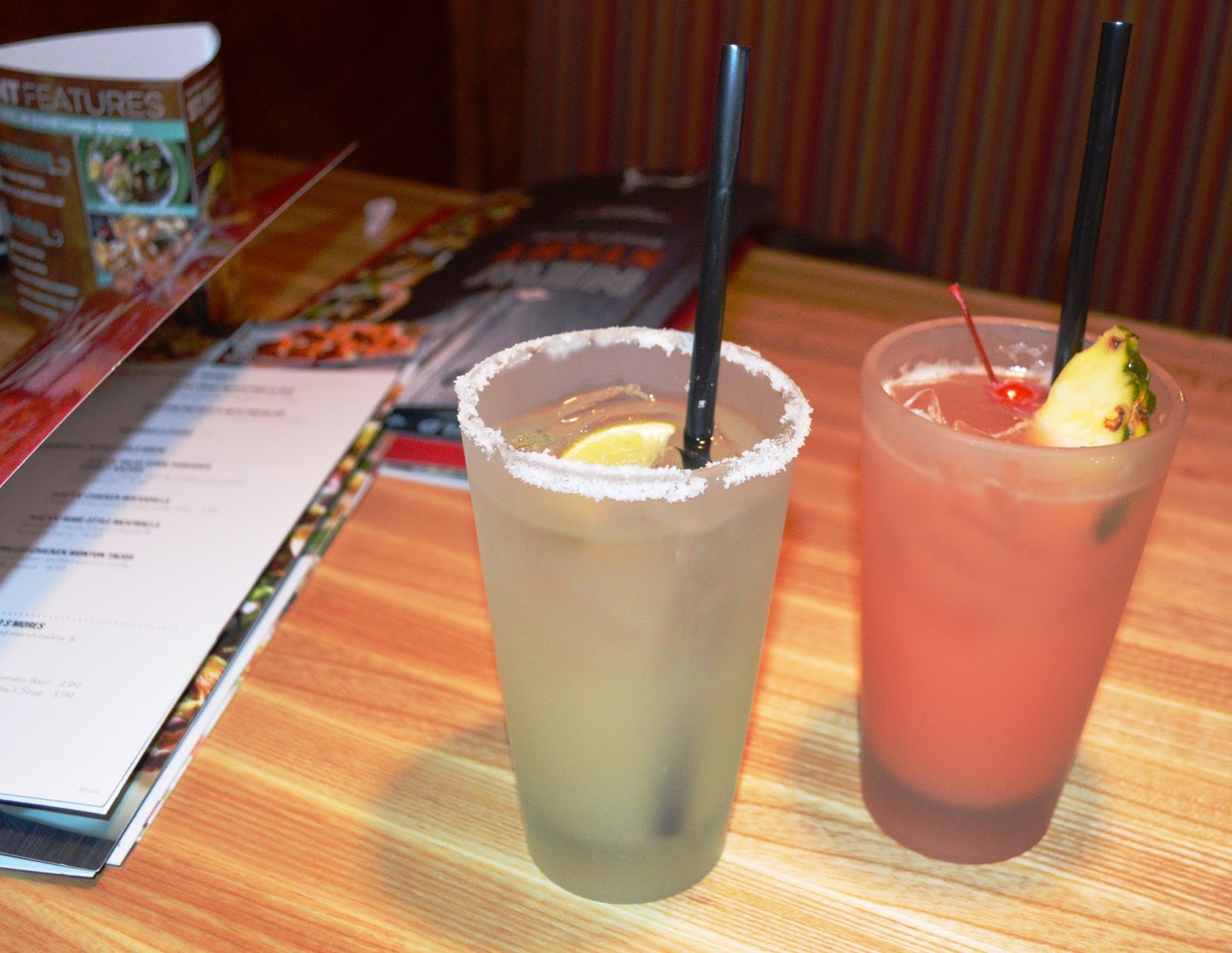 We decided to go for appetizers before our meal and went for the pick three and of course we HAD to go for the chicken wonton tacos! 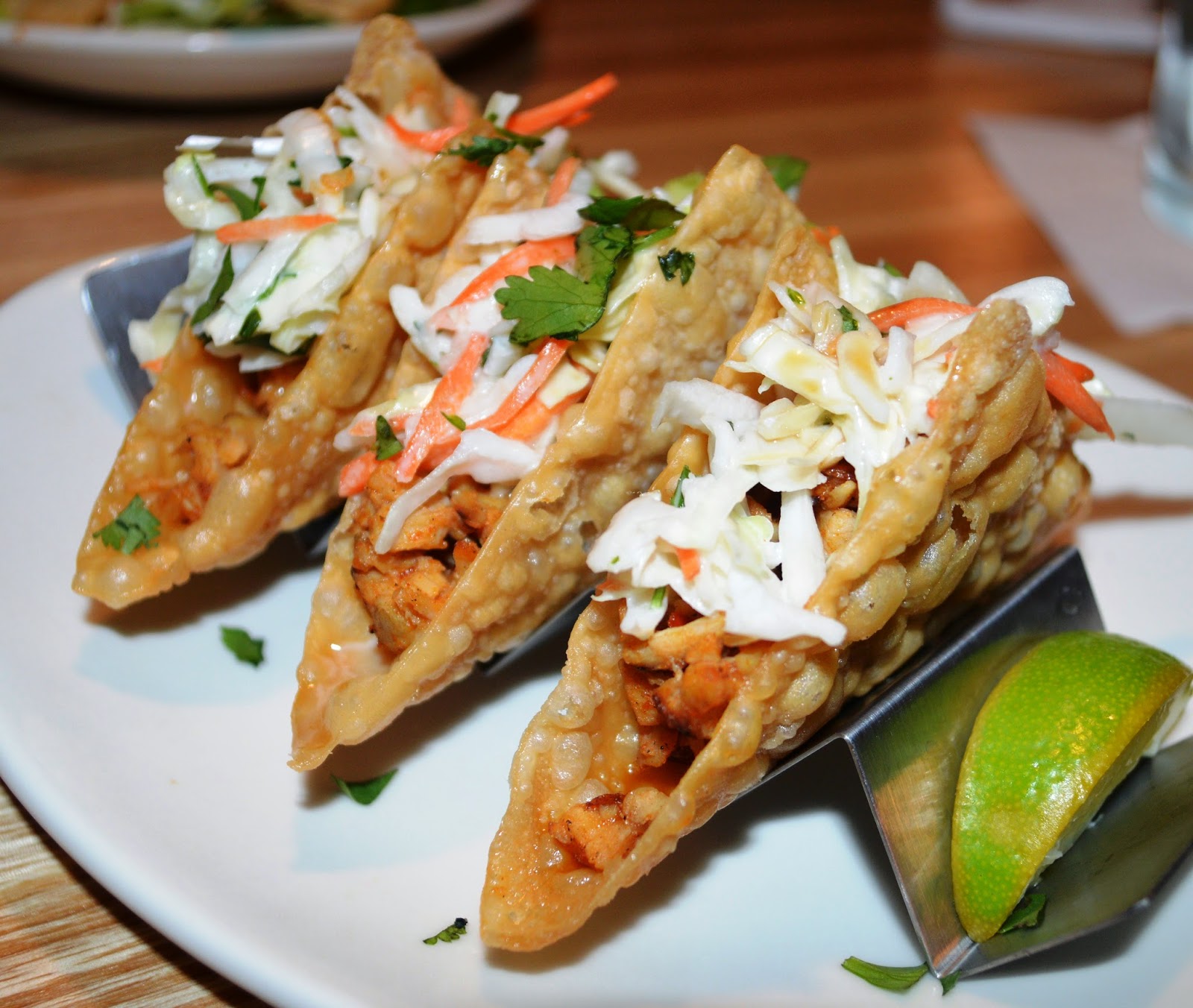 These bad boys are AMAZEBALLS!  They have just the right amount of spice and the crunchy wonton shells are perfect!  I would go to Applebee’s just for these! 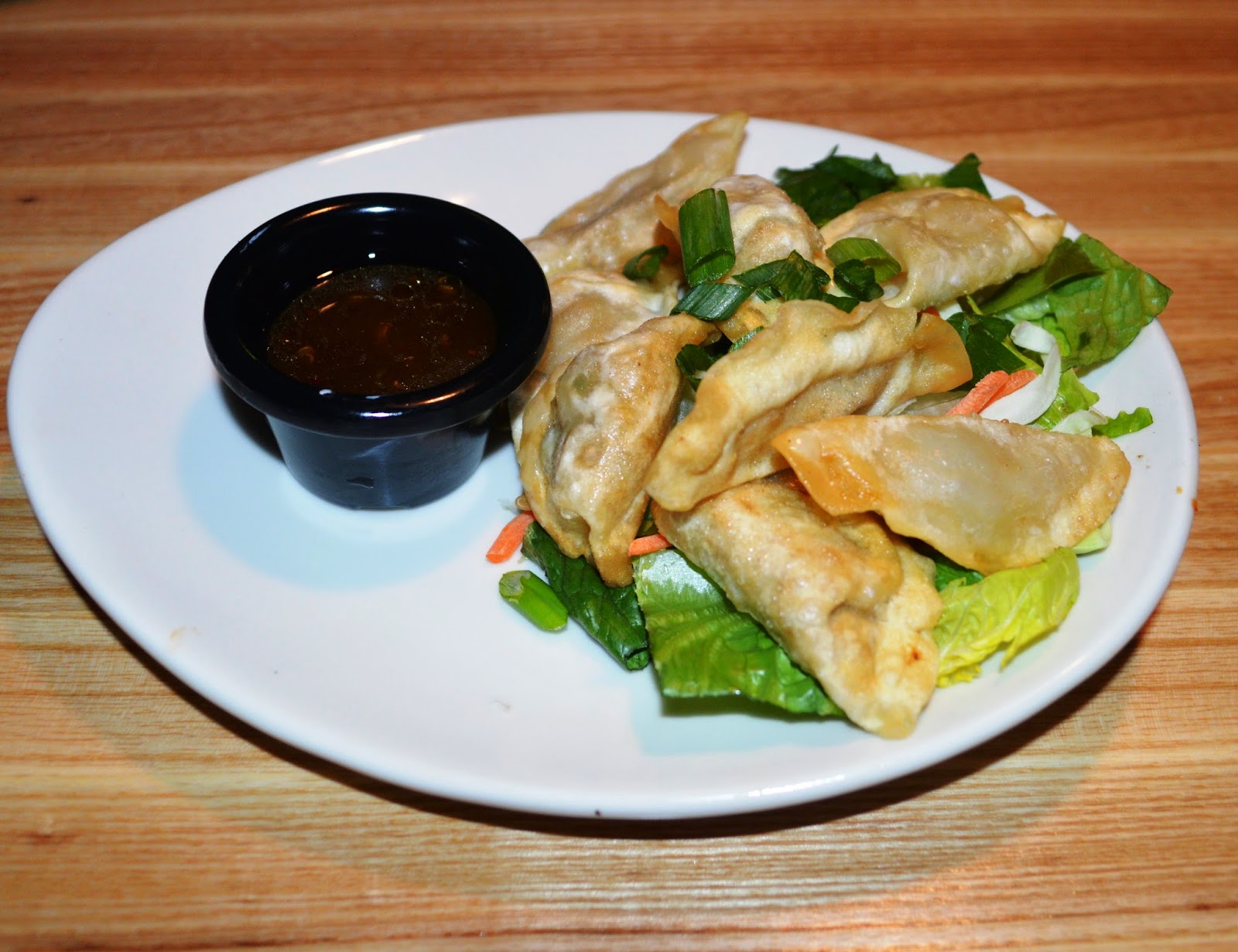 We also got the shrimp and pork dumplings and well….they were just O.K. They were a little crunchy on the ends which is not what I’m use to in a dumpling.  I really liked the thai dipping sauce though! 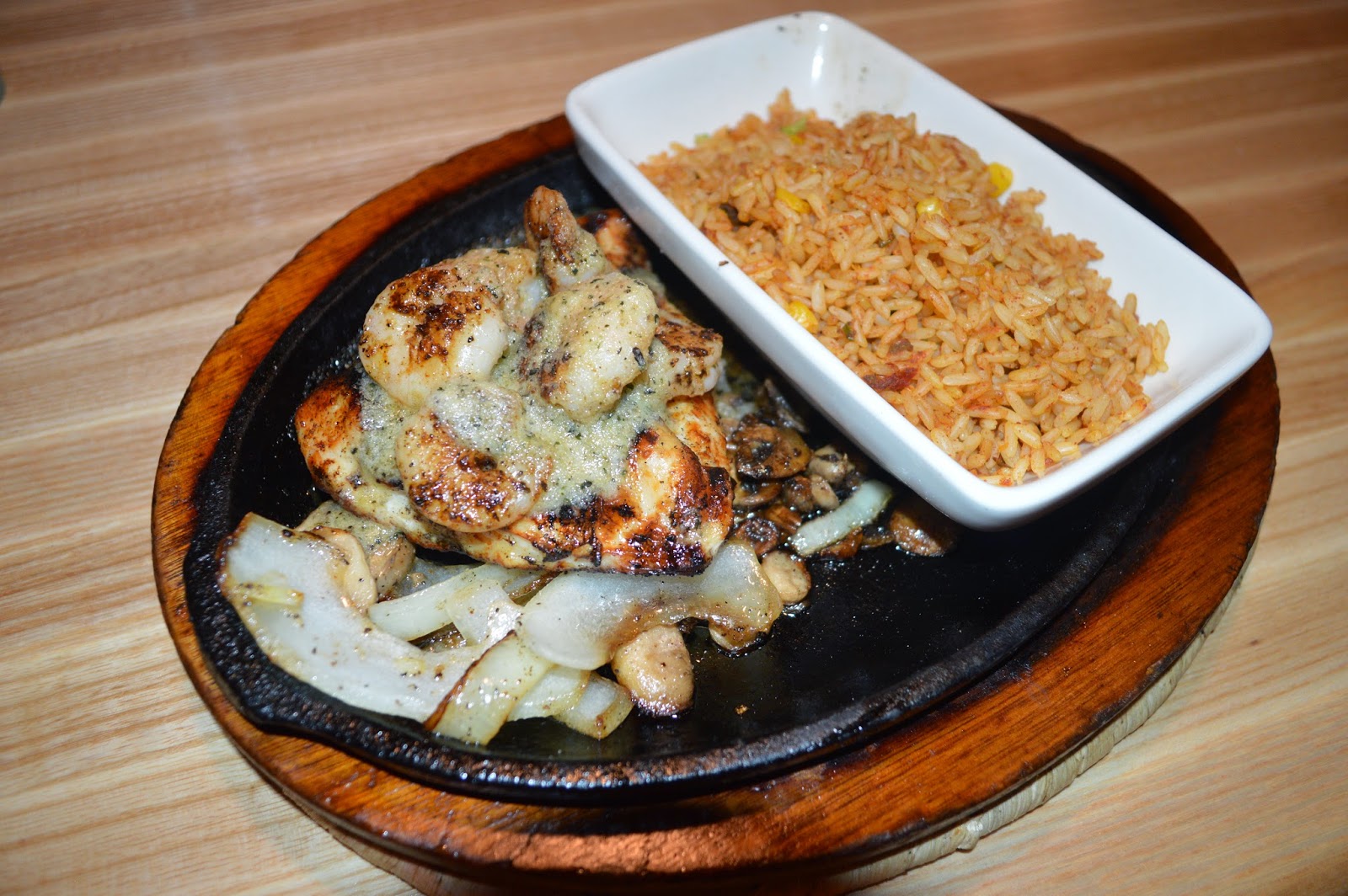 For our main course, we both went with the recommendation of our waitress, the Bourbon Cajun Chicken and Shrimp!  It came out on a sizzling plate and it was pretty good!  This dish comes with potatoes but I got mine with rice instead. 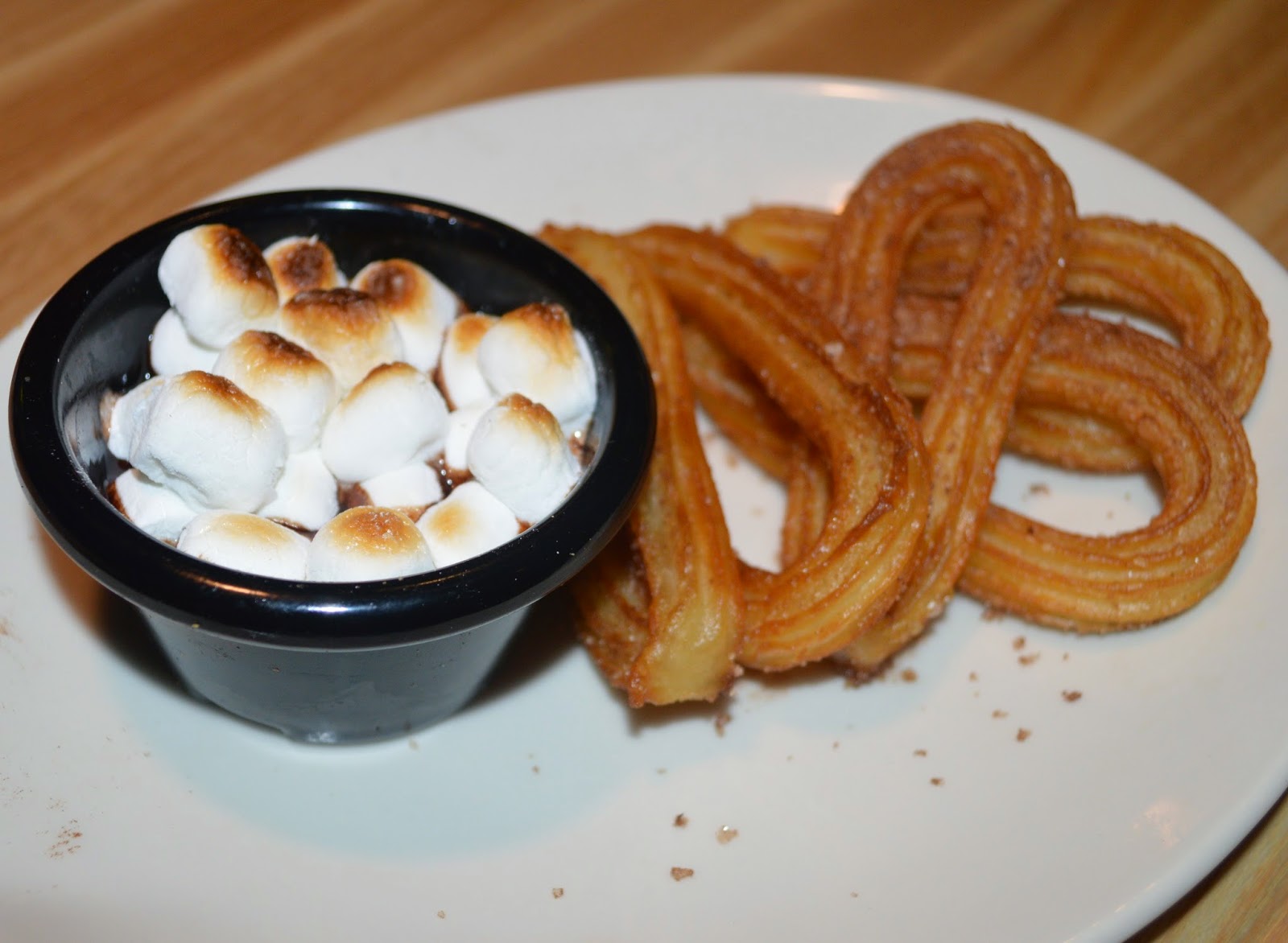 In our pick three appetizer we chose the Smore Churros but we had it brought out as a dessert.  I was hoping for real size churros but they were miniature size (insert sad face here)  Nevertheless it was tasty!

I think Applebees looks great now.  It certainly has a more community like feel!  I’ll certainly be back for Wine Wednesday and wonton tacos  with my girls!

As always, thank you for stopping by!  Have a great week!