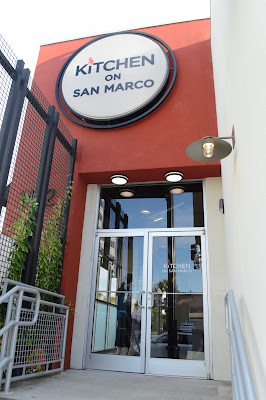 
We’ve got a lot of catching up to do!  I have been on the go like crazy and have been eating at a lot of cool places so I have a lot to share with you!  A little while back I attended a dinner outing with some foodie friends at the new hip restaurant/bar downtown called the

Kitchen on San Marco.  I’d have to say they have a perfect corner location that you can’t miss!  I also love that they have a garden in the front of their restaurant!

When I get with my “Nom Nom” crew, we’re always sure to have drinks flowing and lots of laughs and this particular night didn’t disappoint!  The night started off with three different beers.  I’m not much of a beer drinker so I couldn’t even tell you what they were but I can say that it didn’t last long with this crowd! 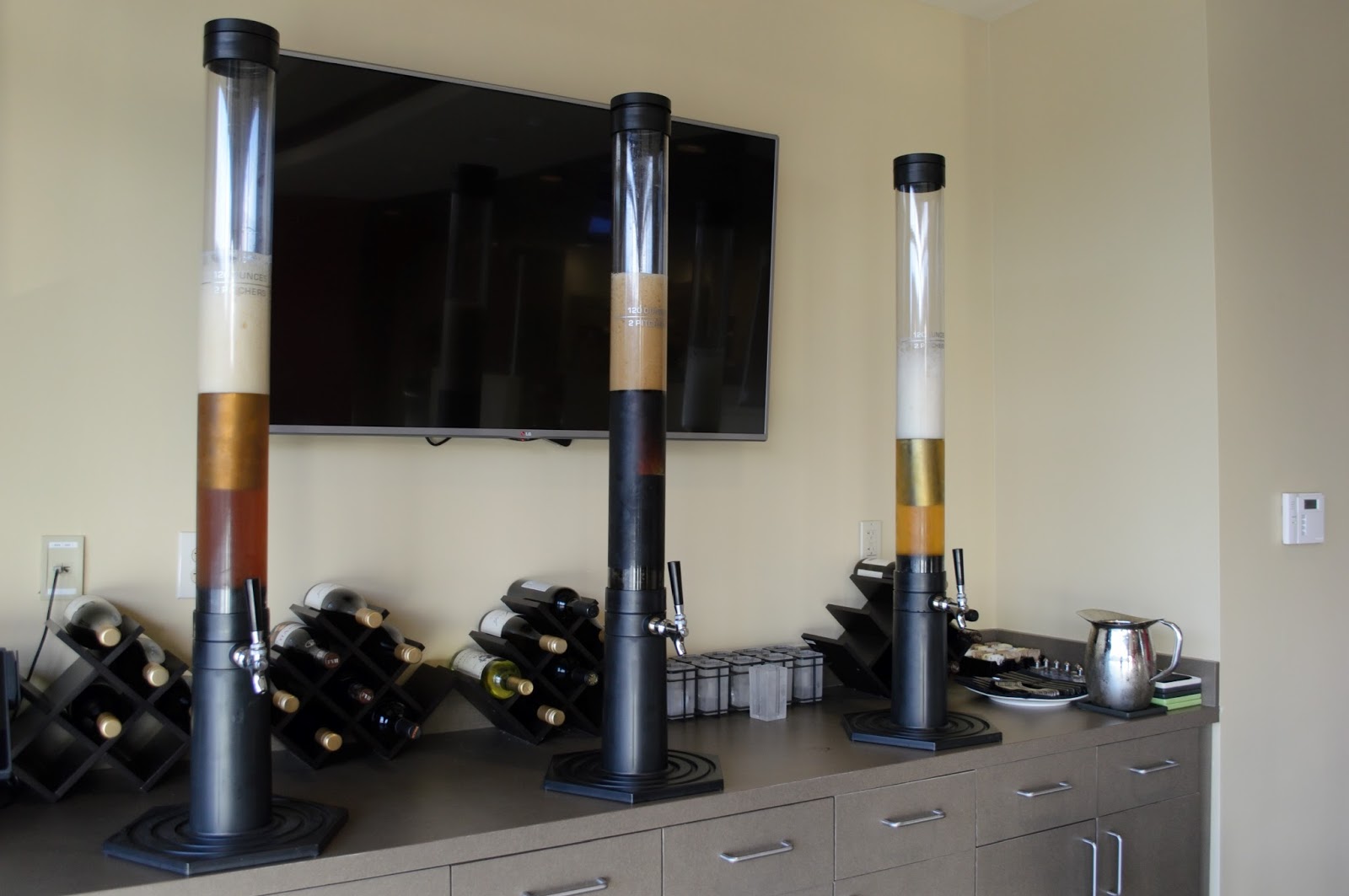 I went for a Moscow Mule instead which has recently become of favorite of mine!  It’s made with a Russian standard vodka, lime simple syrup, and ginger beer.  It’s delicious!  My friend Martha got this really interesting looking blue-purple drink called the Bluecumber which is made with blueberry vodka and creme de violette! FANCY! 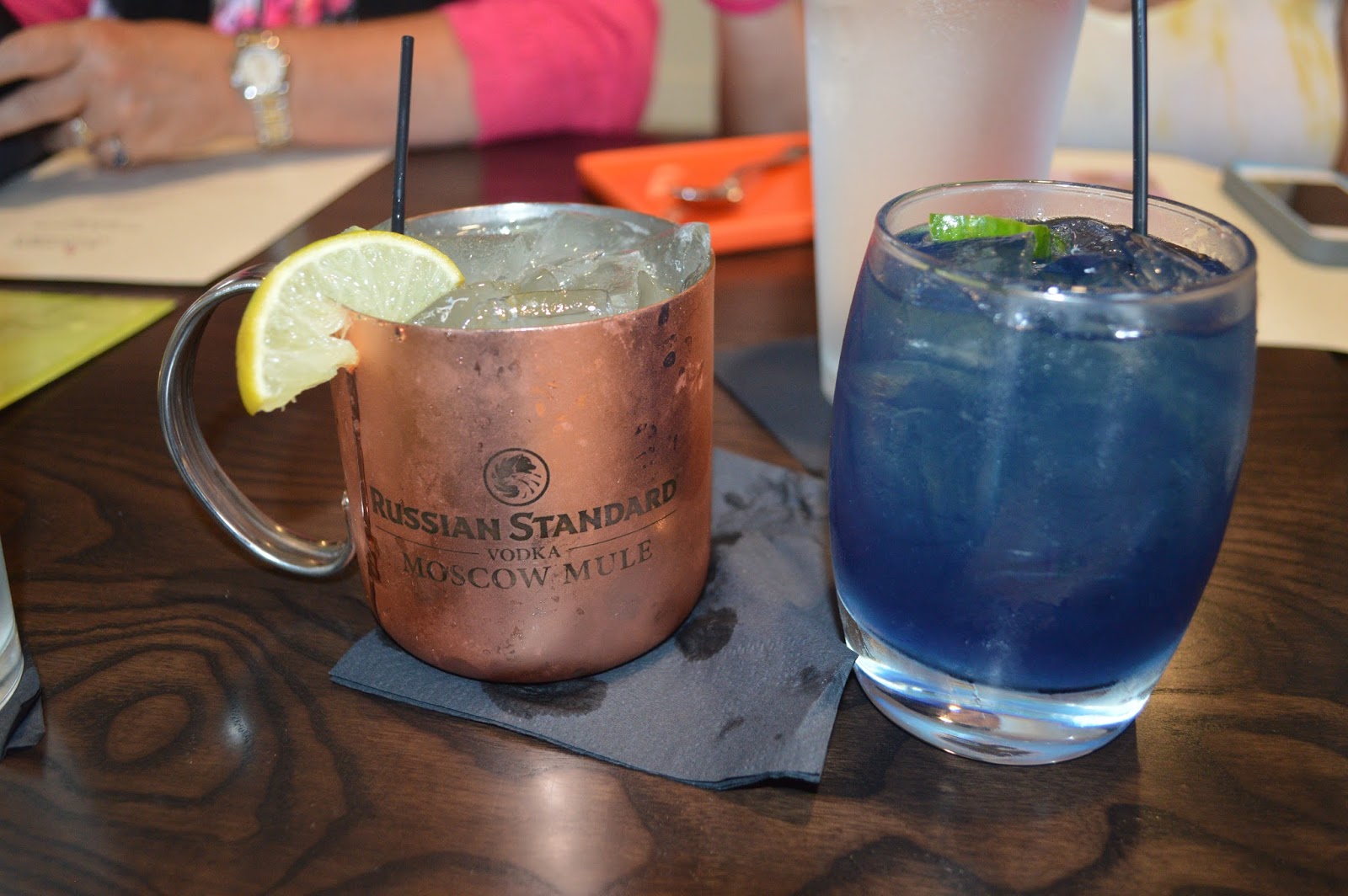 After taking a peek at the event menu, I instantly knew our tastebuds were in for a treat!  So without further suspense, here’s what we had! 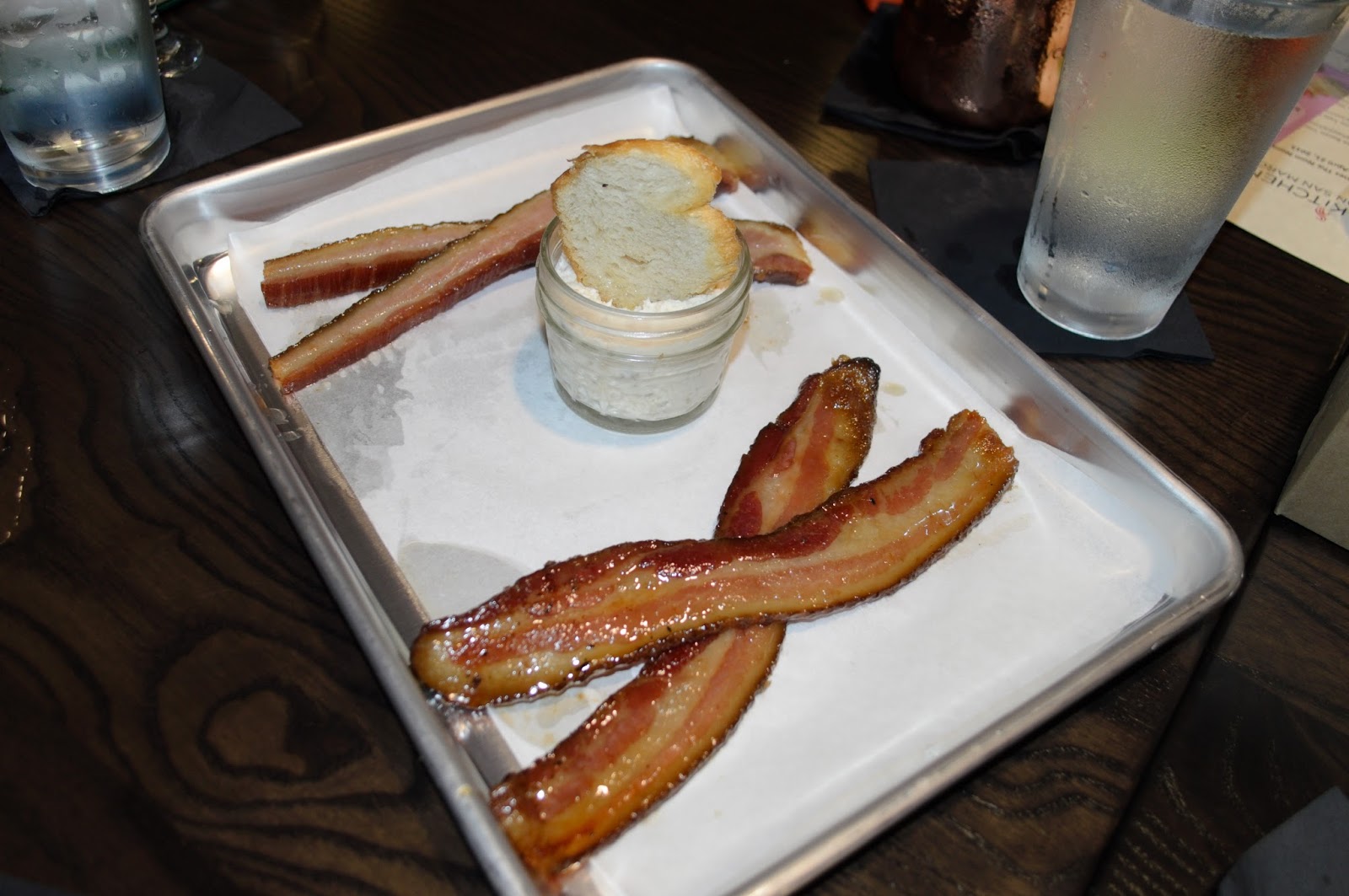 Look how thick these slices of bacon are! 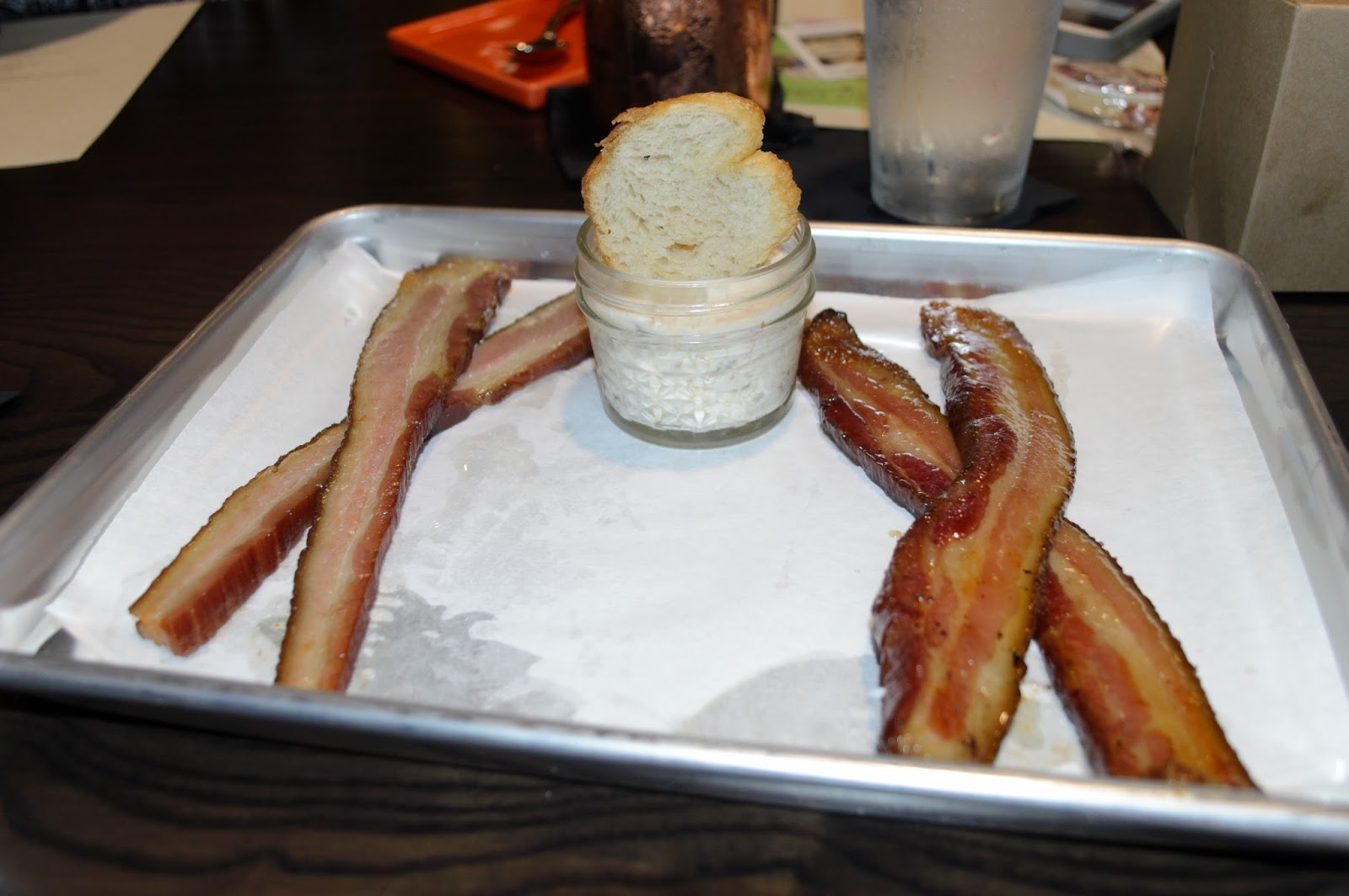 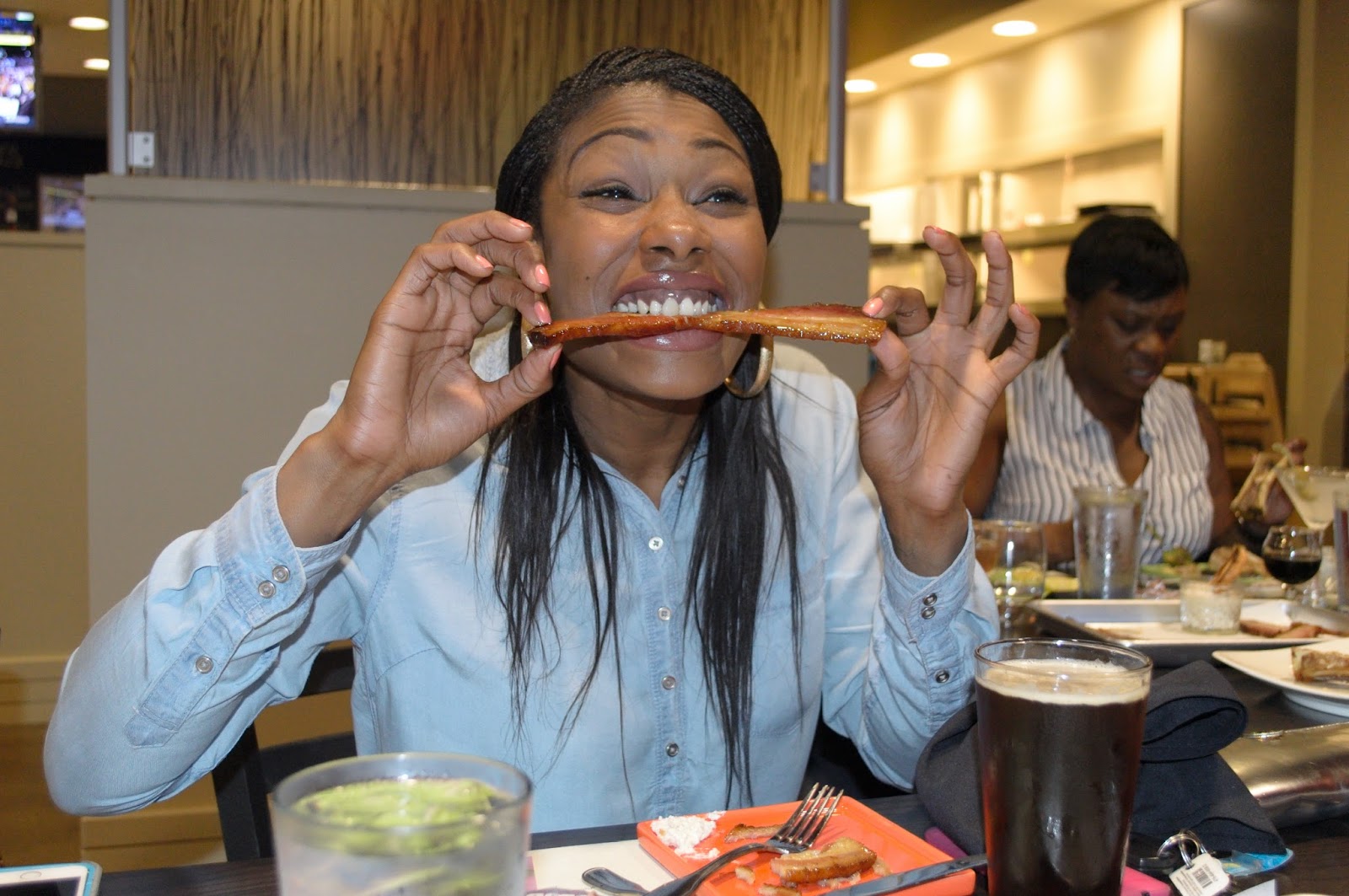 Welllll..ok ok so we posed with the bacon but it was so good I think everyone would’ve been satisfied with just bacon for the night! 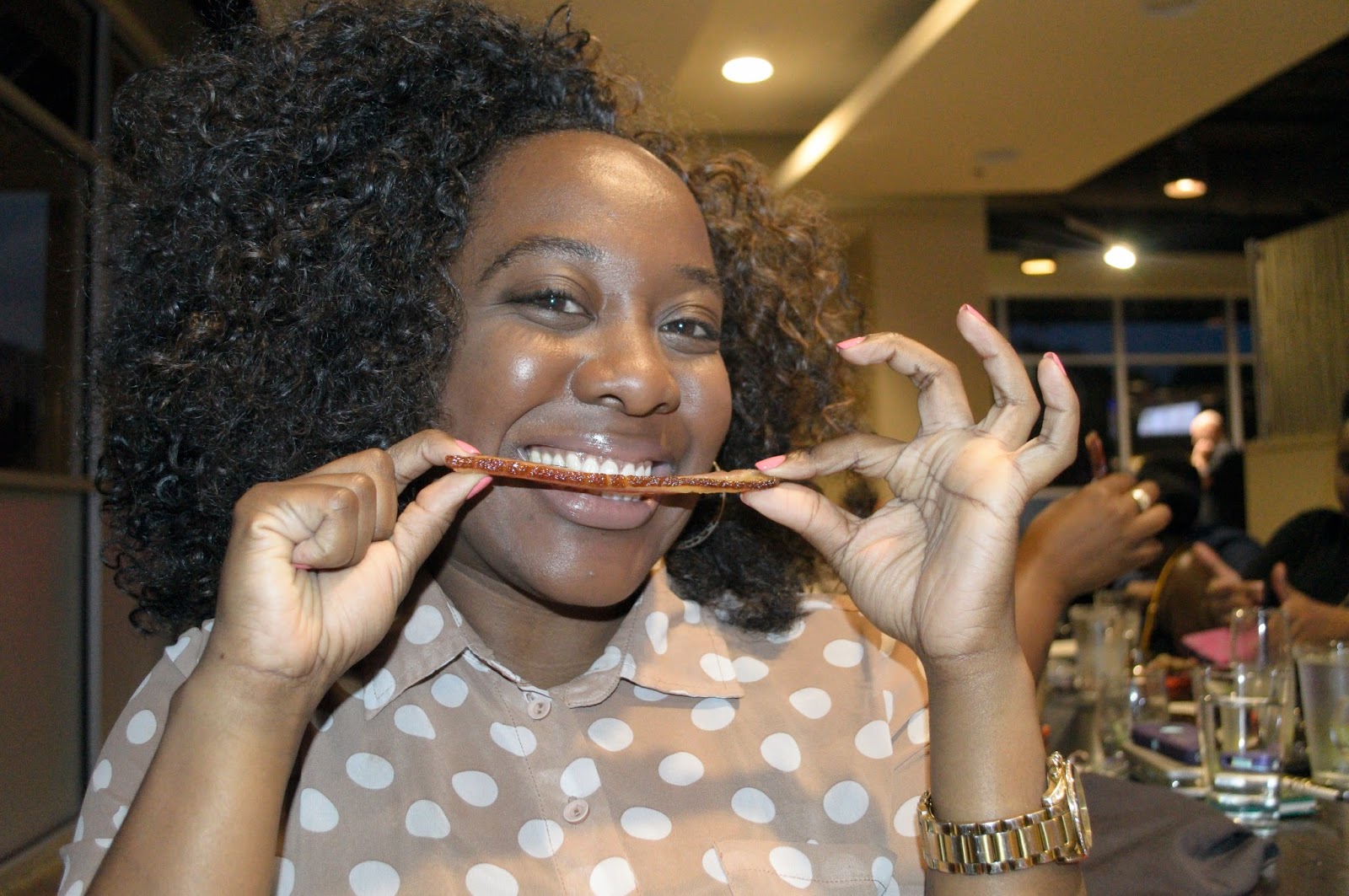 So I knew bone marrow was on the menu and yes I consider myself a foodie but there are some things I just don’t think I can stomach.  I, however, was willing to give this a shot.  I mean the only time I’ve eaten bone marrow was by accident when going in on some chicken wings and getting a little carried away trying to clean the bone but I digress…. 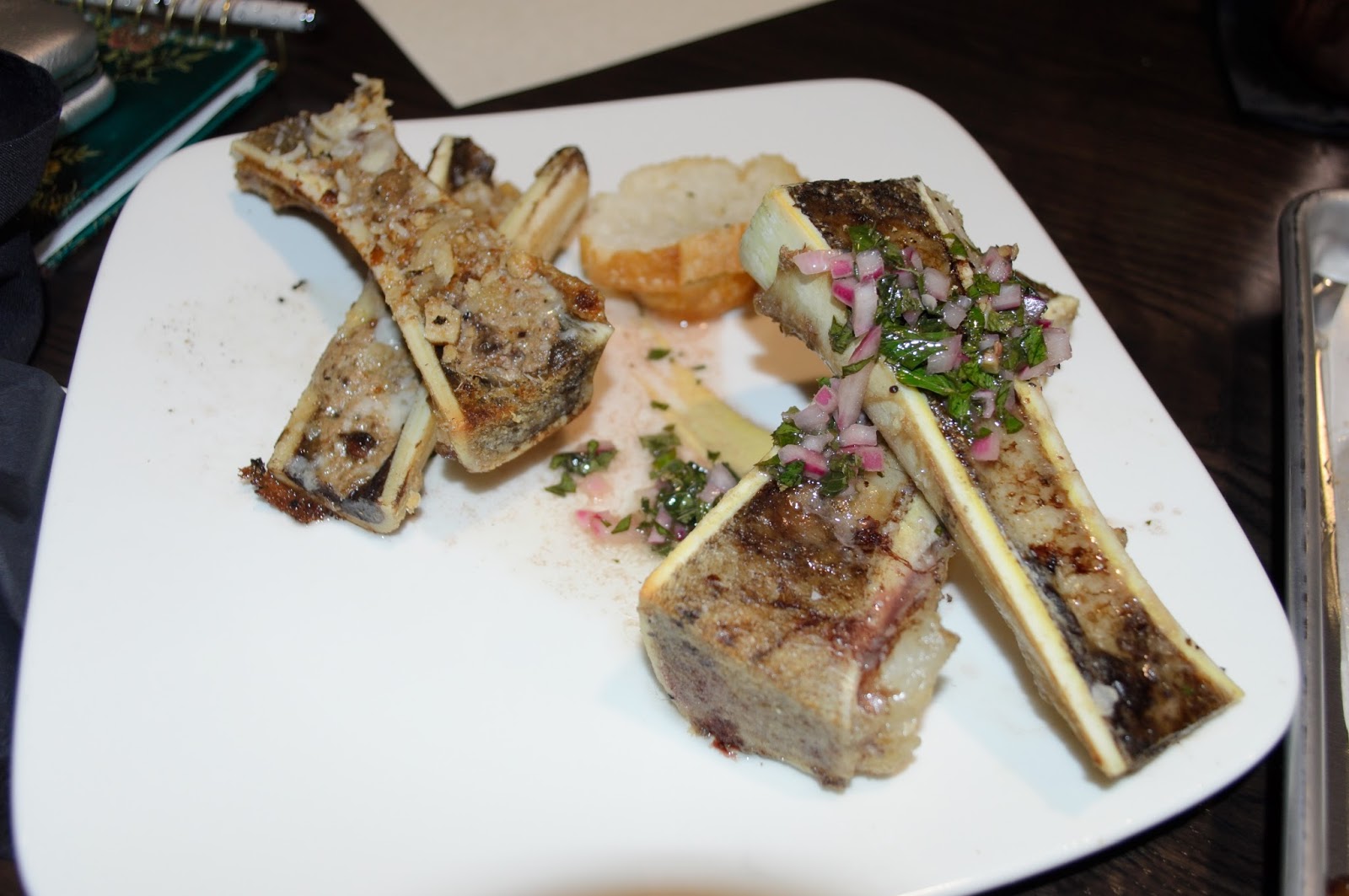 This was Foie Gras Brulee and Chimichurri Roast Bone Marrow. 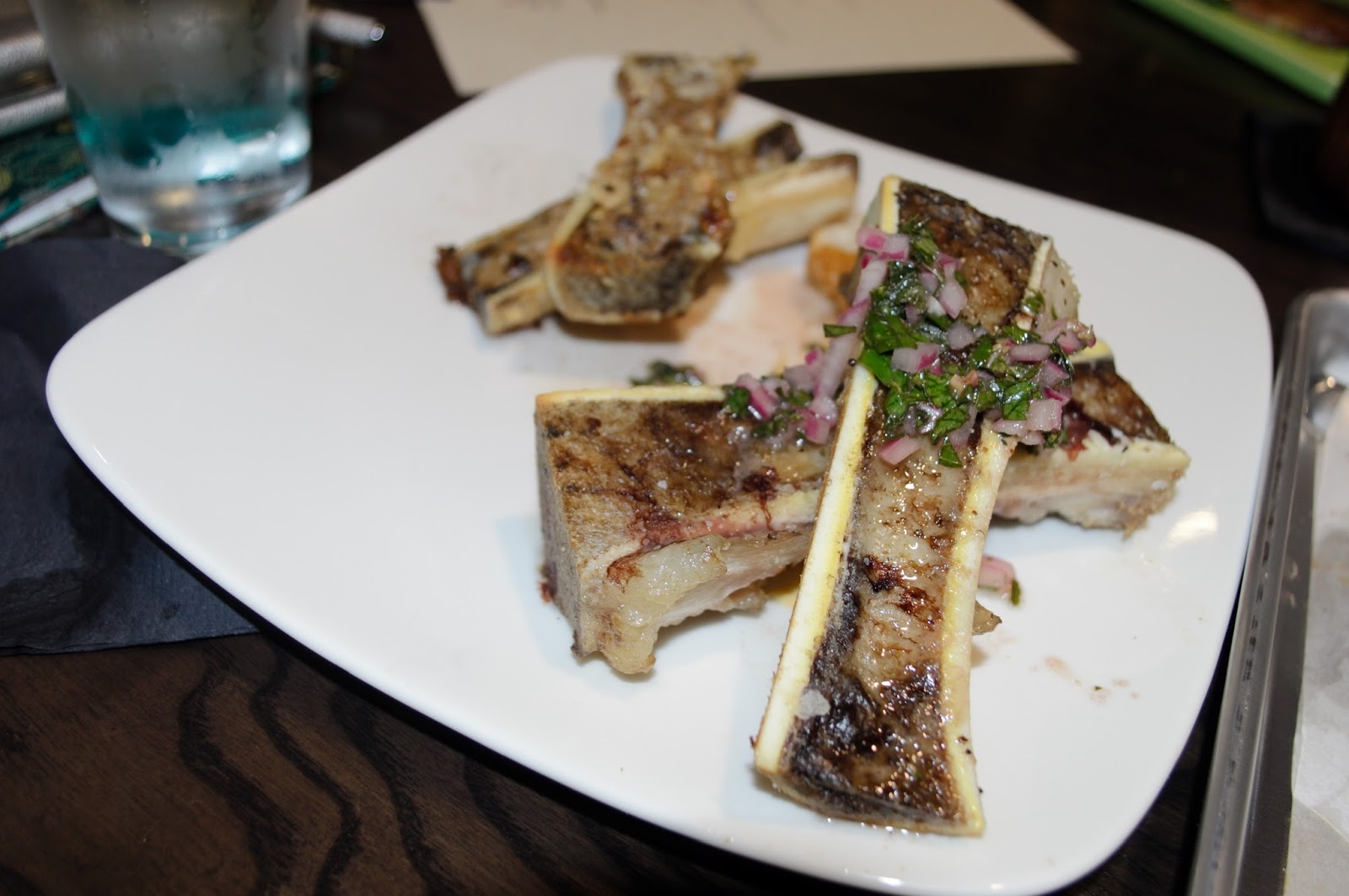 I thought it was beautifully prepared but I can assure you that I will not ever order it off a menu.  Let’s move on.

This slider was pretty tasty.  It was made with Cox Family Farms dry aged ground beef, Florida white cheddar, heirloom tomatoes, pickled ramp benne seed fried okra, and a French Pantry bun.  The fried chicken was interestingly prepared.  48 hour cure/8 hour confit with Anson Mill Seasoned Flour and buttermilk.  It was all served with a southern green kimchi.  The slider was probably my second favorite of the night after the bacon! 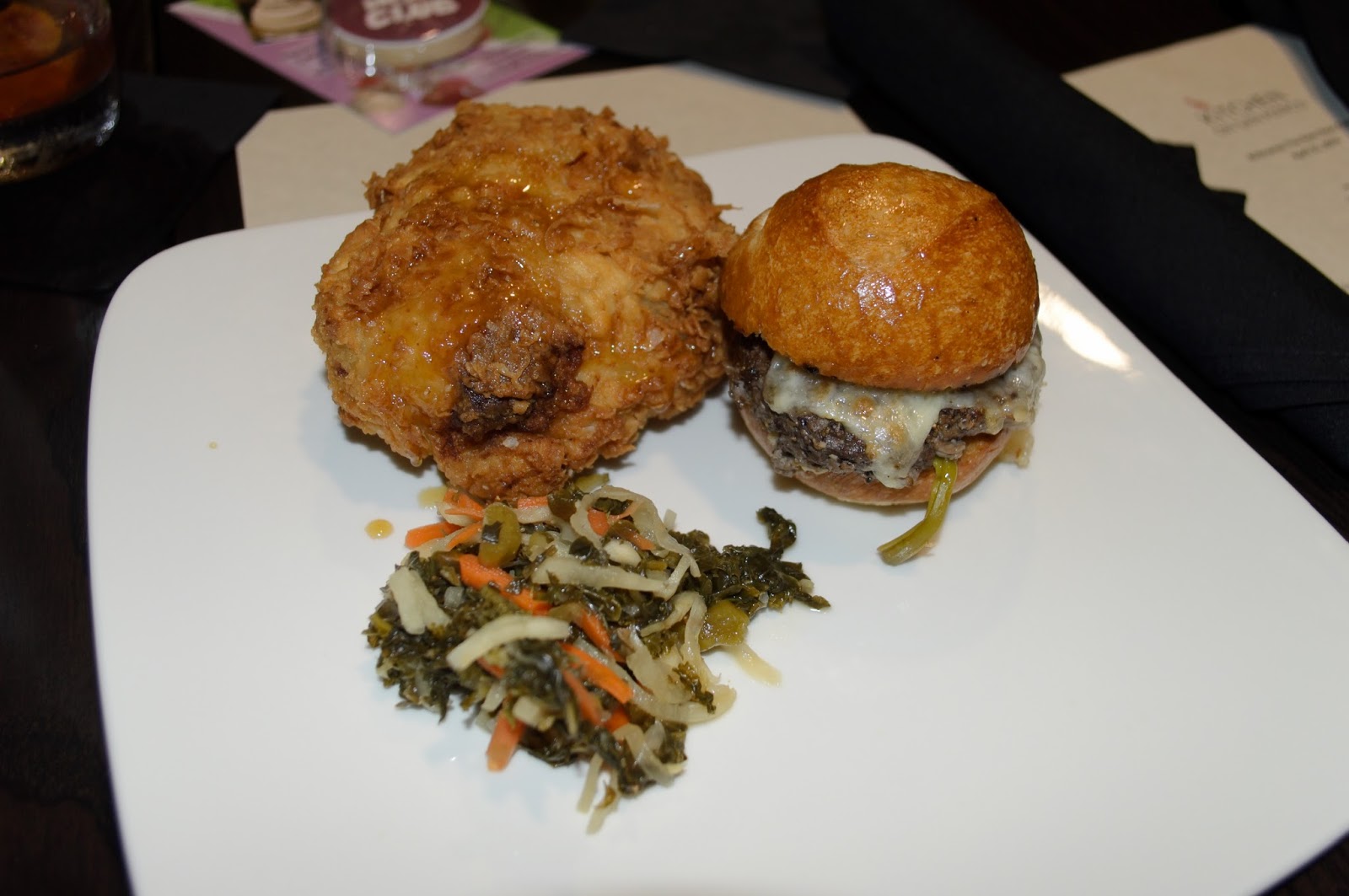 This was made with Florida white shrimp, cedar key clams, and Anson mill grits.  This was the dish I looked forward to the most but unfortunately it was the dish that let me down the most.  It would’ve been wonderful but it lacked seasoning big time so I didn’t enjoy it at all. 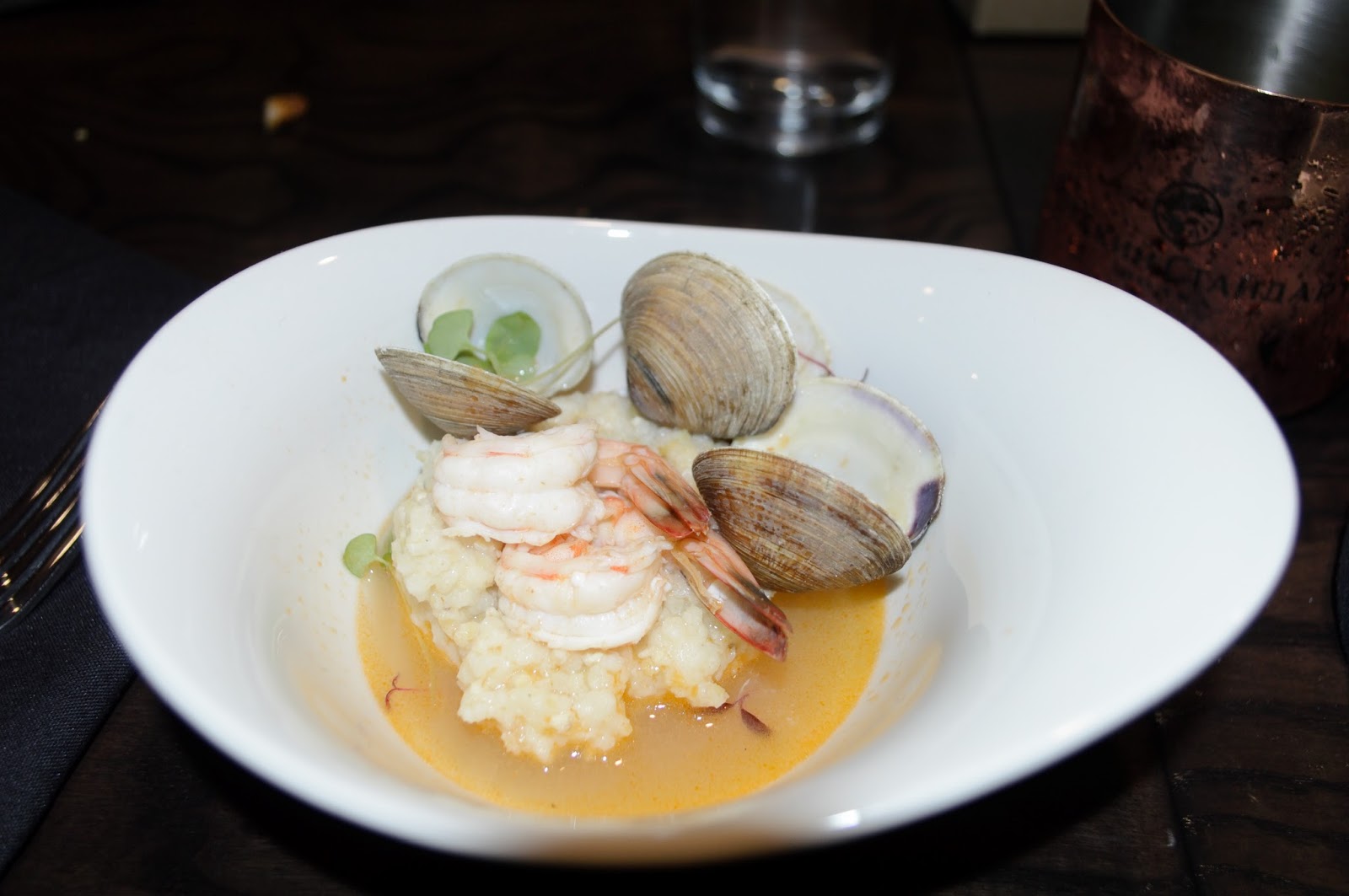 This beauty was a fried ricotta ball in a Florida Citrus jam and it was so yummy!  I loved the fact that it was in a fancy dessert glass! 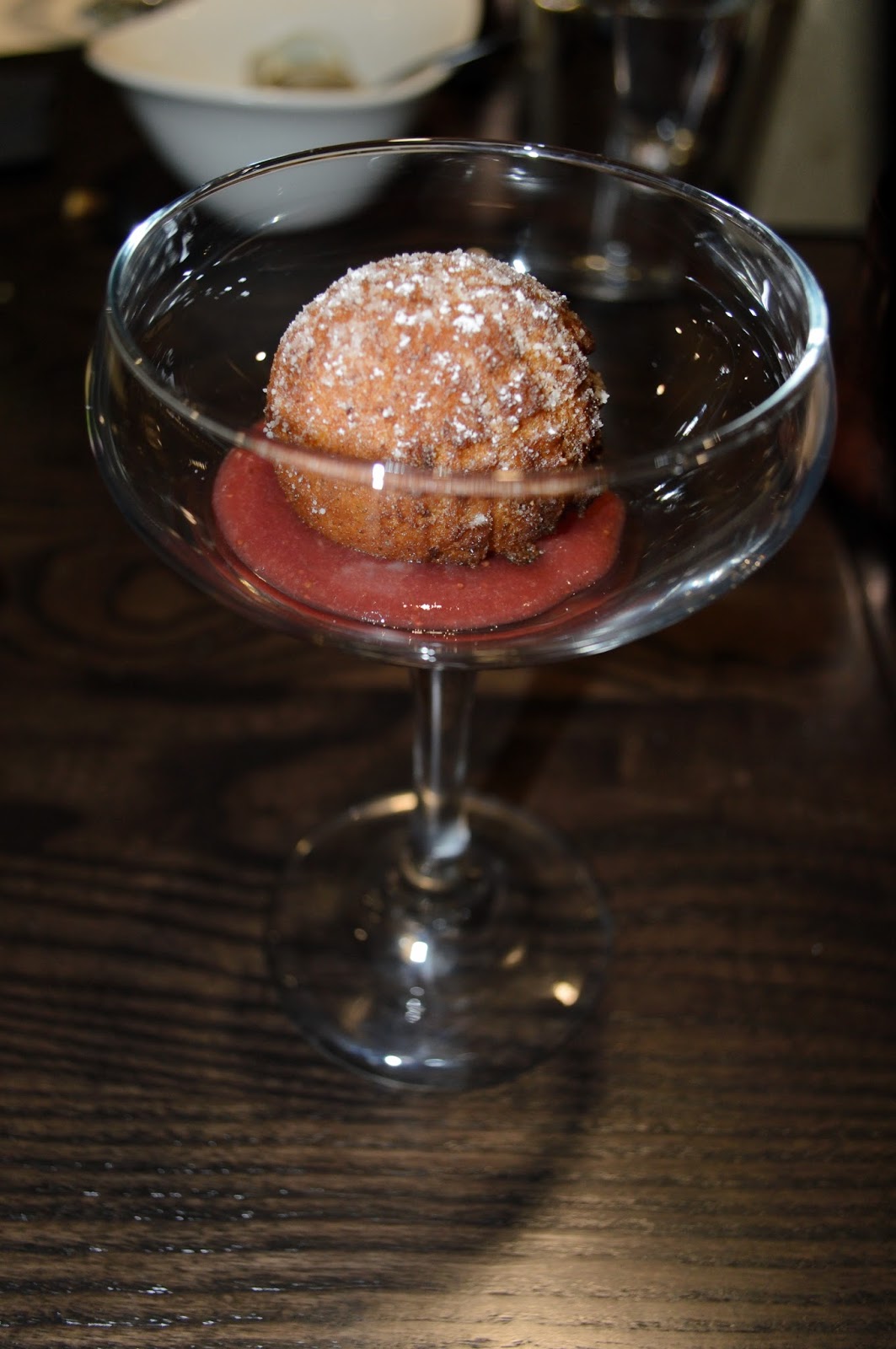 Ok so maybe this was my favorite of the evening.  One of the members of our party was given this dish and insisted we all grab a spoon and dig in.  With a group of foodies, the blondie didn’t stand a chance.  It was literally gone in 60 seconds!  It was full of pecans, my fav, and sooooo good! 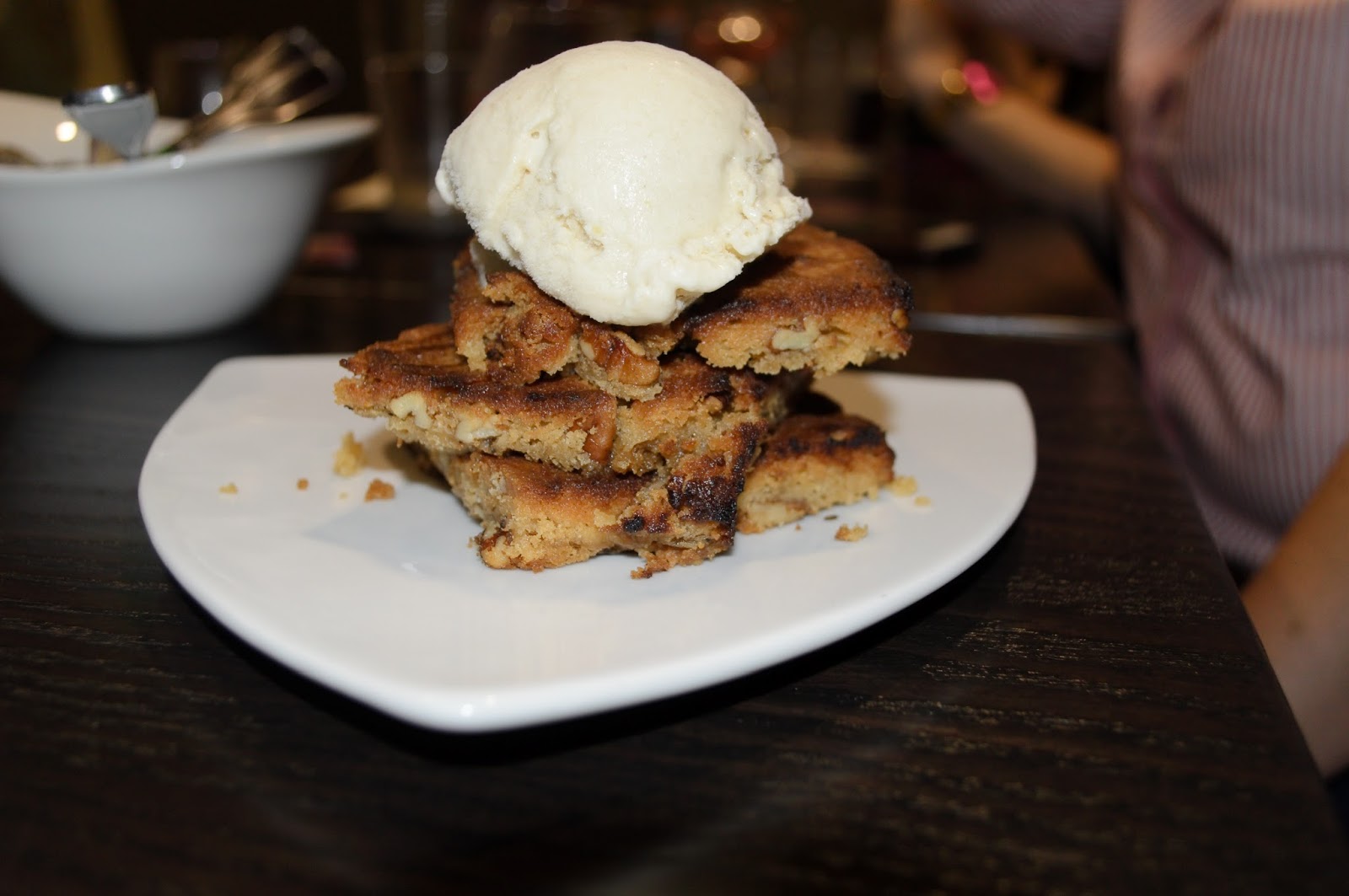 Overall, I enjoyed my trip to KOSM!  I’m planning to return for a not so adventurous dinner.  Besides, the blondie was enough for me to want to return.  Try them, you wont be disappointed!

As always, thanks for stopping by!