A friend of mine invited me out to the new Wine-Down Wednesdays at De Real Ting Cafe located in the Urbancore district of downtown Jax.  I had never dined in at De Real Ting so I was eager to make my way downtown for a new experience! 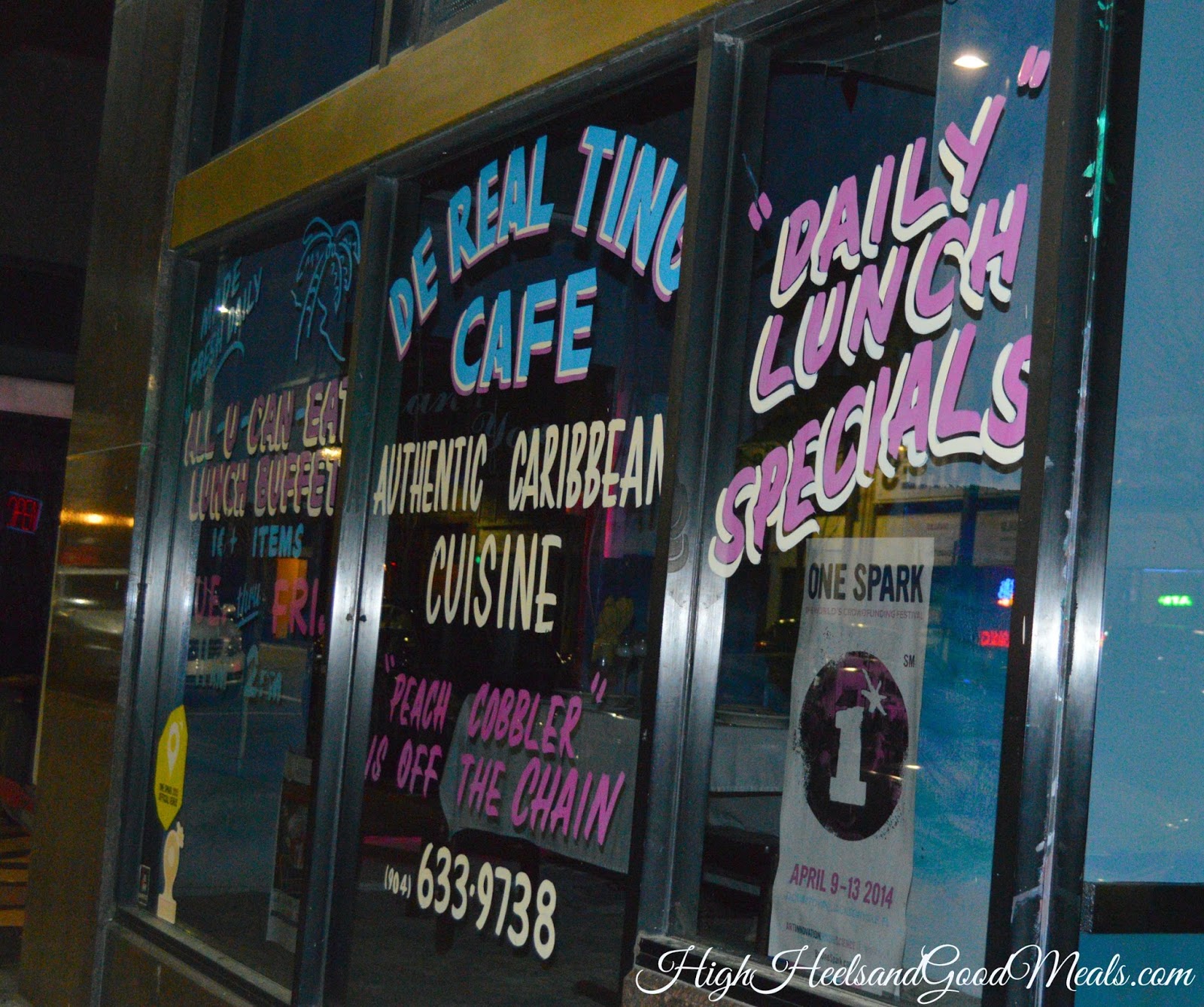 Wine Down Wednesdays at De Real Ting began in February and every Wednesday from 5pm-close you get 1/2 off select glasses and bottles of wine, complimentary hors d’oeuvres, all while listening to the smooth sounds from local bands.  This particular night there was a representative from Myx Moscato, doing free wine tastings.  This is the new drink released by Nicki Minaj and there are several different flavors including peach, mango, and coconut.  I liked the mango moscato the best but overall, I’d have to say these were on the same level as wine coolers.  Nothing too special. 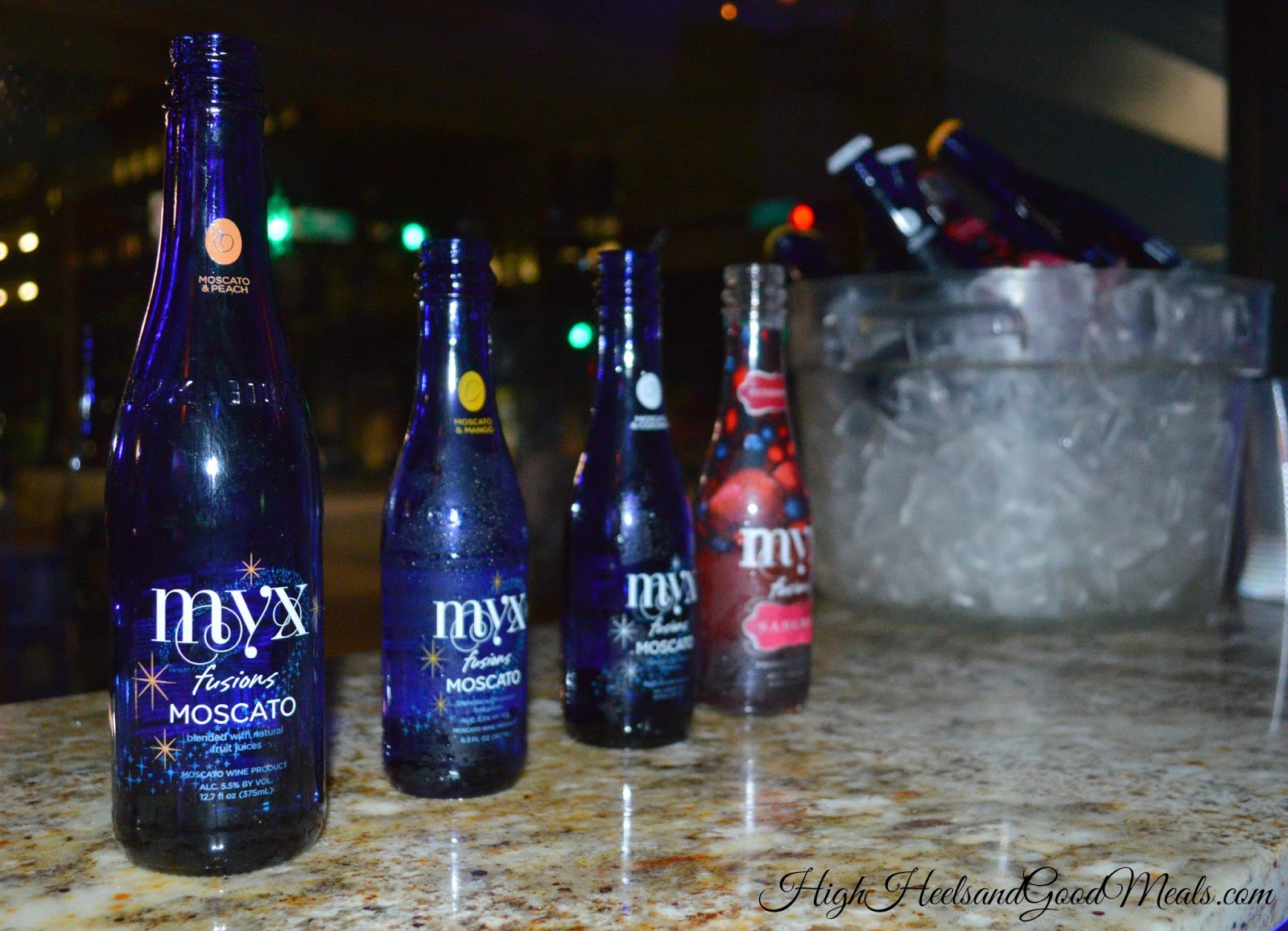 De Real Ting specializes in authentic Caribbean cuisine and they did not disappoint.  They had all of your Jamaican favorites.  There were so many enticing menu items to choose from. 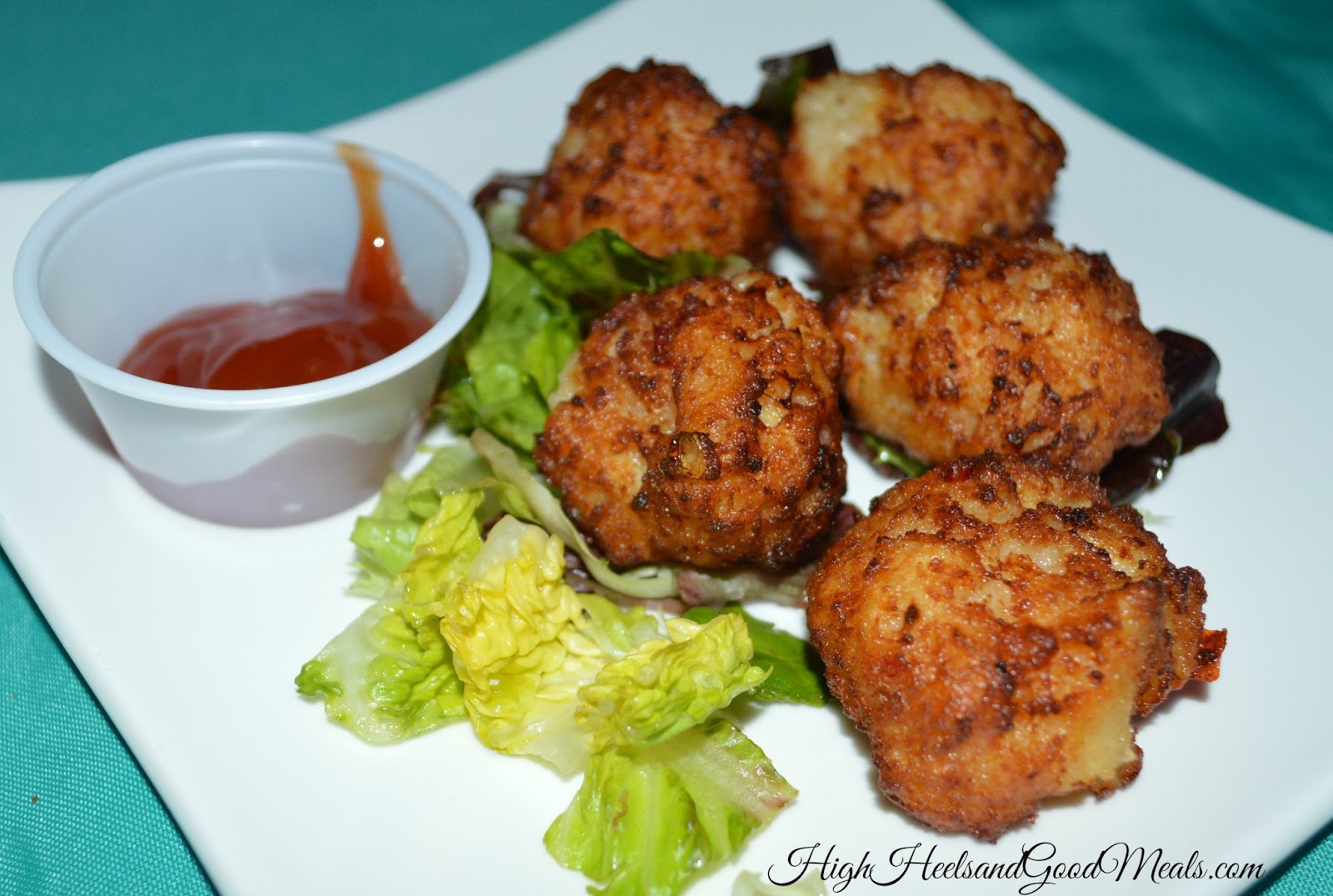 Conch Fritters:  I’m not a fan of conch but my friend who got these said they were amazing and just by looking at them, I would agree.  They looked almost good enough for me to try but I exercised restraint. 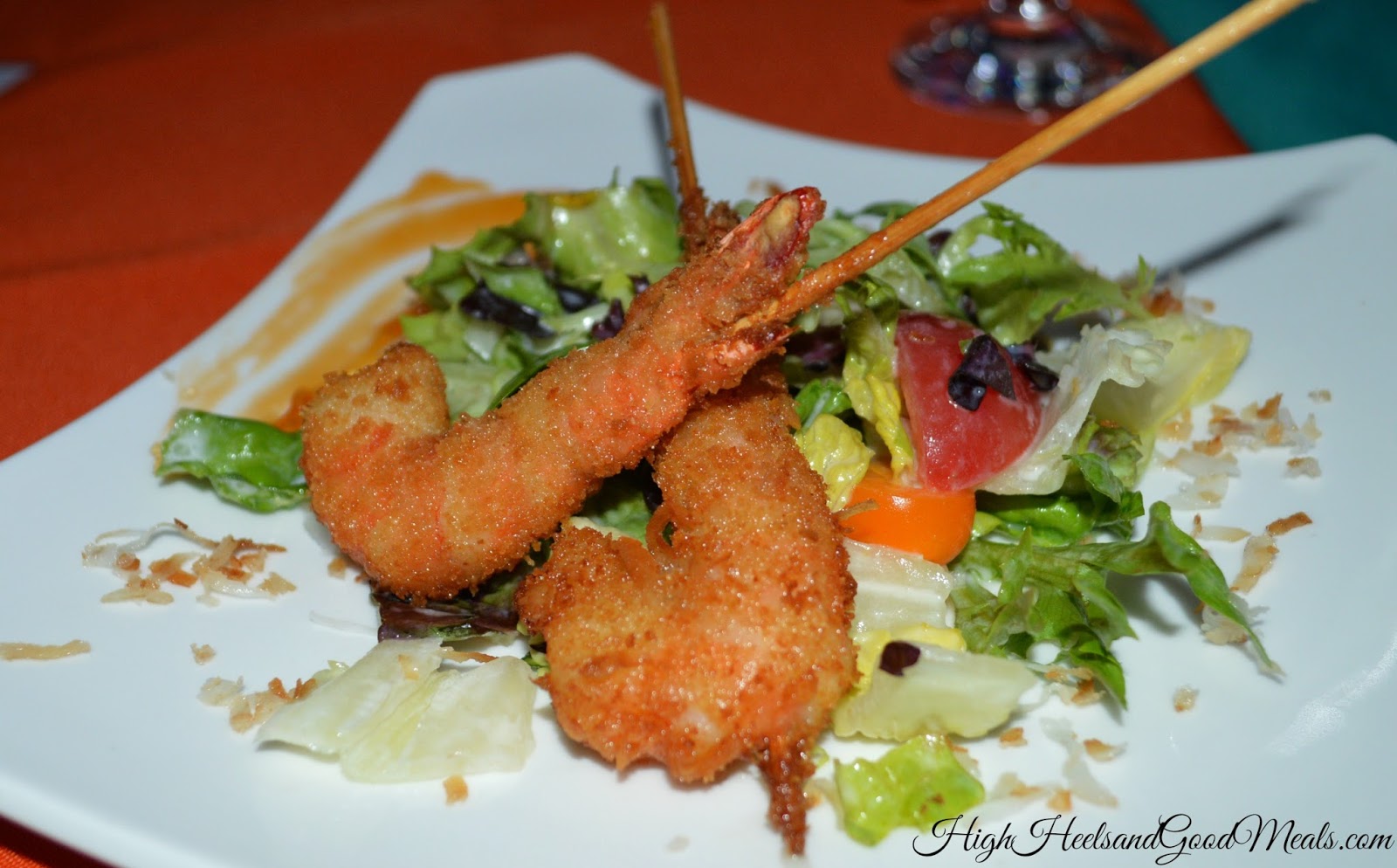 Coconut Shrimp:  These are part of the complimentary

hors d’ oeuvres. They were nice and crispy with the hint of sweetness from the coconut.  It was just a taste and had me wanting more.  They definitely prepared your palette. 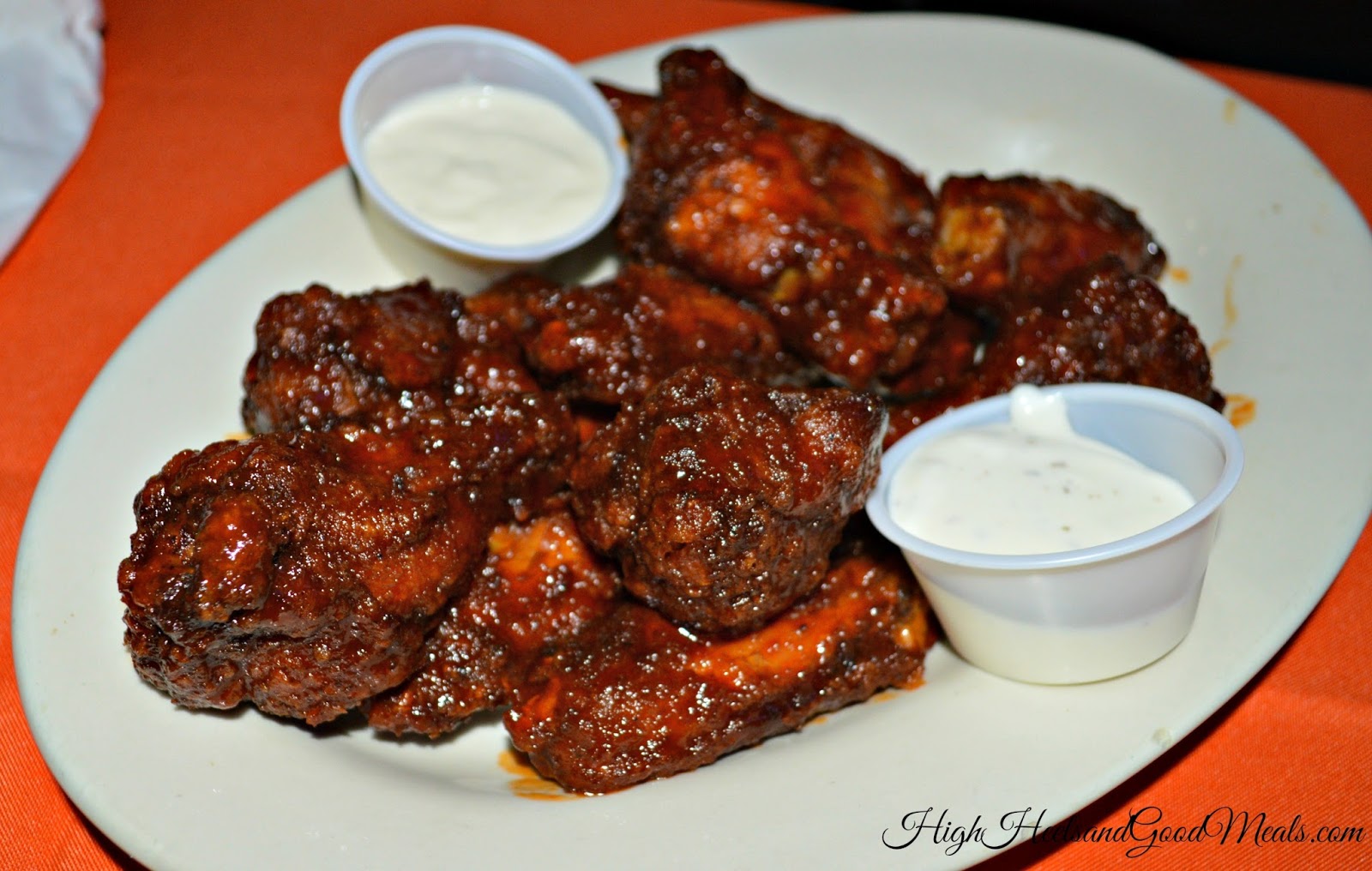 Jerk Chicken Wings:  These were nicely seasoned with just the right amount of heat and a slight crunch.  They weren’t too spicy and they weren’t too mild.  They were just right and had you licking all of your fingers. 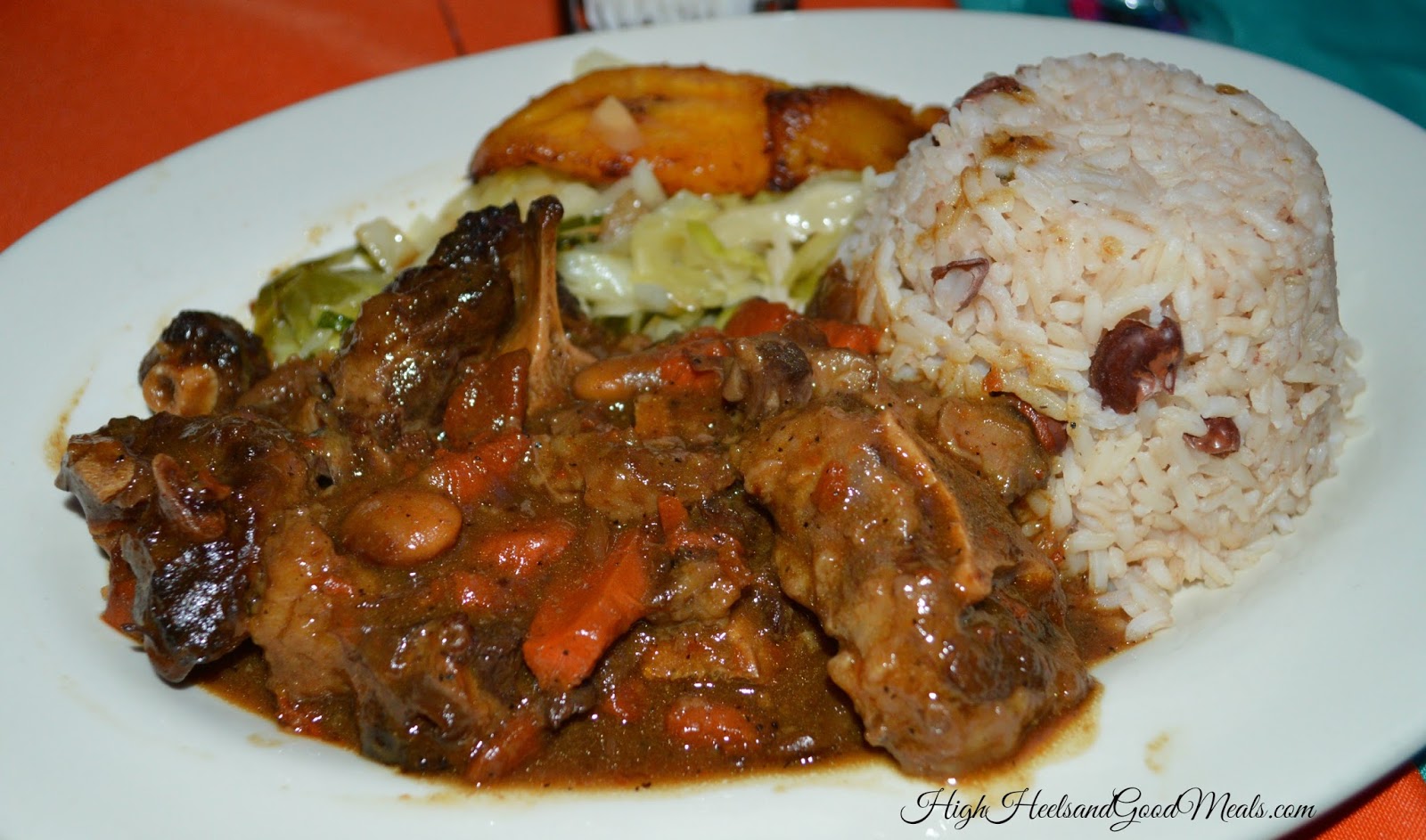 Oxtails:  This was my dish.  Though it was good and tender, it definitely was not the best oxtails I’ve had in town.  I thought the dish could have used more seasoning which was a disappointment because that’s what you most look forward to with oxtails.  For the price I was also expecting there to be more meat but I only had a few pieces hidden underneath the gravy and veggies.  Other than that, it was O.K..  The plantains it came with were nice and sweet and the beans,  rice, and cabbage went well together as they traditionally do with this dish. 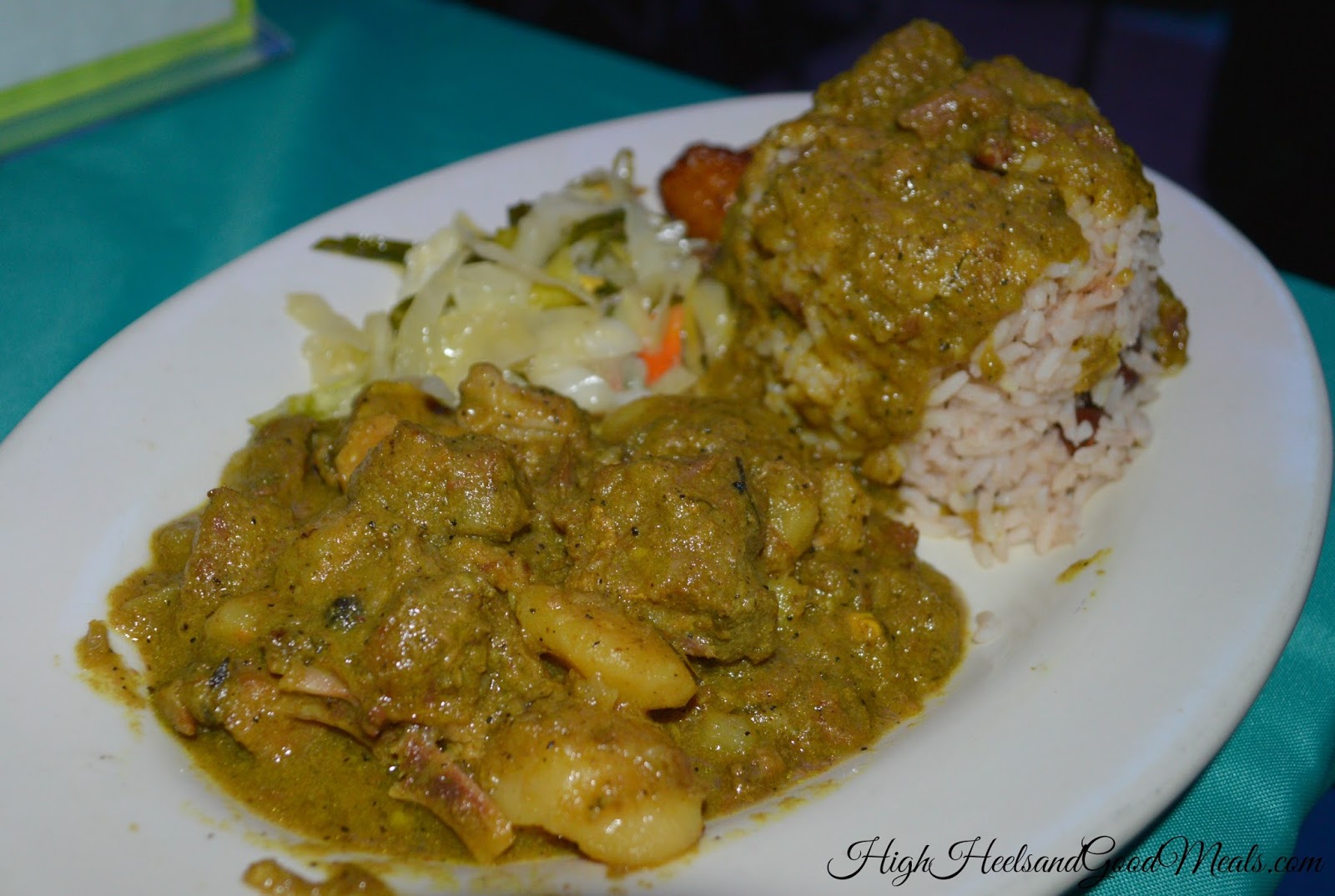 Curried Goat:  My friend who got this couldn’t say enough great things about the dish.  She said it was seasoned to perfection and had the perfect amount of heat.  I love curry so the next time I visit, this is on my list of things to try. 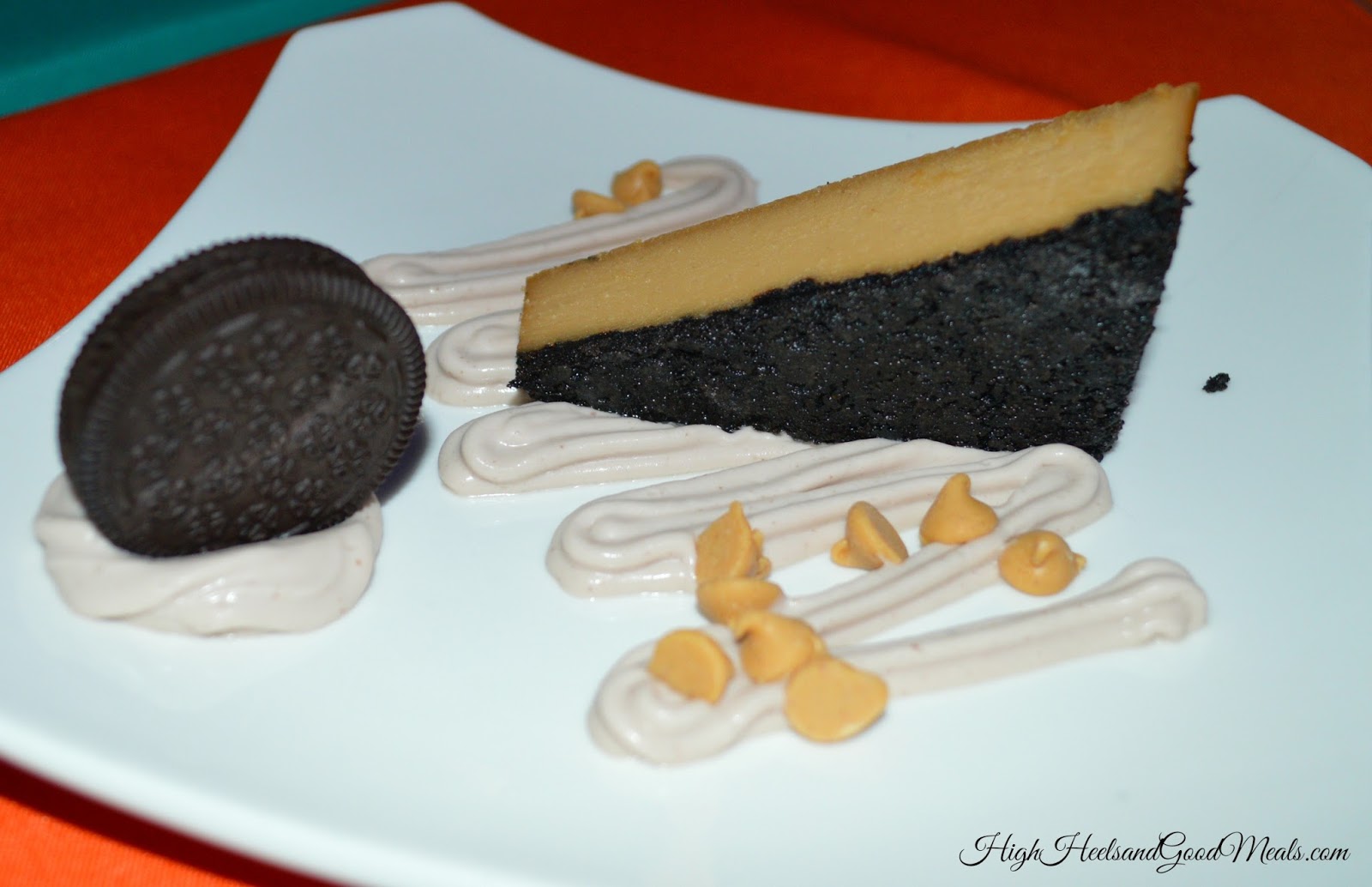 Peanut Butter Cheesecake:  The chef was kind enough to treat our table to this peanut-buttery dessert!  For any peanut butter lover, this would’ve been the treat for you!  It was packed with sweet peanut butter cheesecake filling on an oreo crust, garnished with cream, an oreo, and peanut butter chips.

Overall, the evening was awesome!  The live music was phenomenal, the food was good, and the service was accommodating.  I look forward to returning as they have so many other items on their menu I would love to try.  If you are in the area for lunch. they have a buffet from what I hear would be worth your while and a nice change from your average lunch options.

As always, thanks so much for stopping by and if you’re not busy Wednesday night, stop in for De Real Ting’s Wine Down Wednesday, you’ll be glad you did.