I’m just going to give you a moment to take this in…. 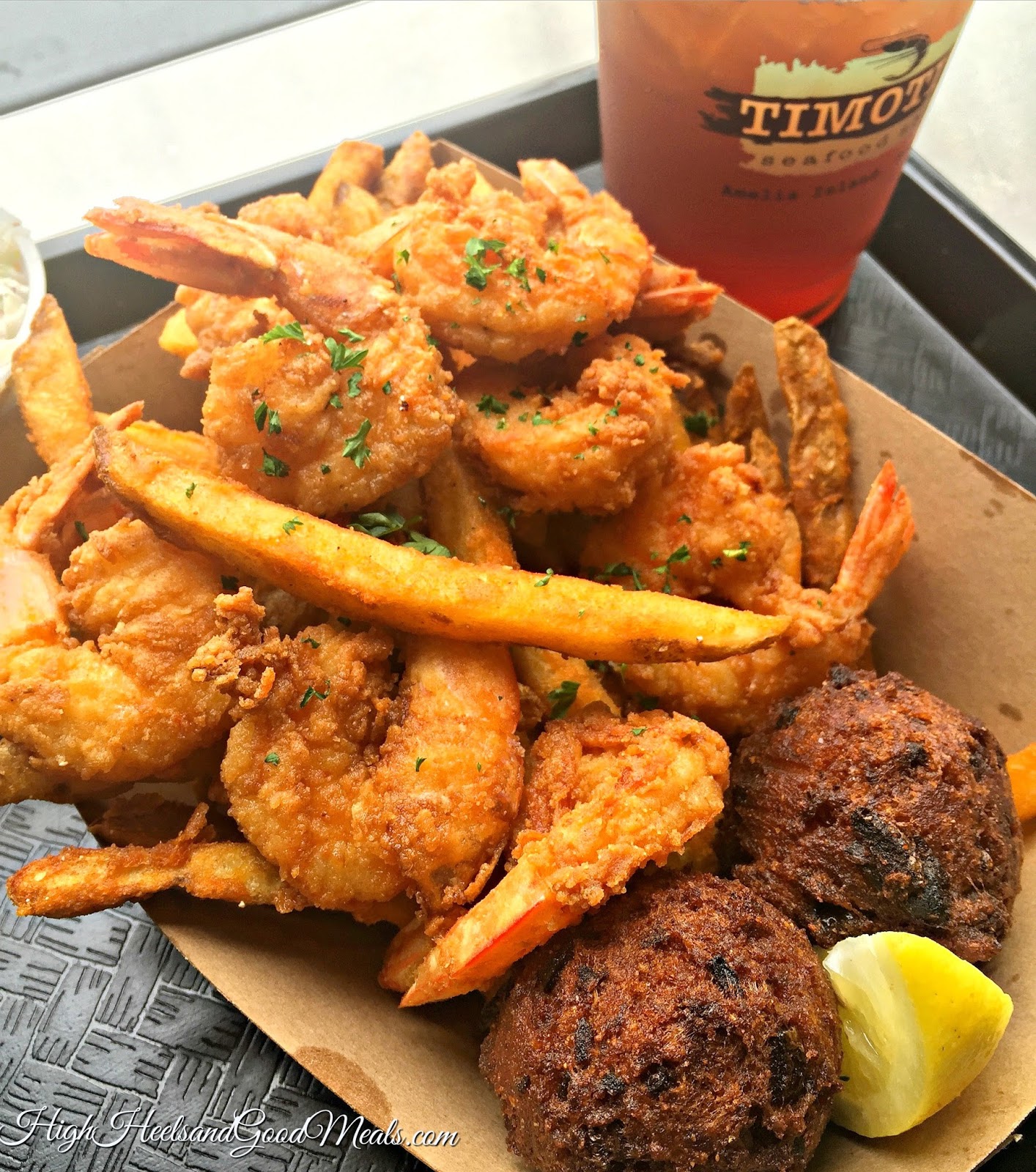 Do you see this basket of seafood goodness above?!?!? Yeah, it is as good as it looks!  Timoti’s (pronounced Tim “O” Teez) Seafood Shak is one of the latest additions to the Five Points area, serving up all of your seafood favs!  The first time I visited Timoti’s I had this shrimp basket!  It was full of shrimp, seasoned fries, and two hush puppies.  It’s safe to say I was pretty full after my lunch.  I really love the fact that their fries are seasoned.  That’s a major plus in my book! 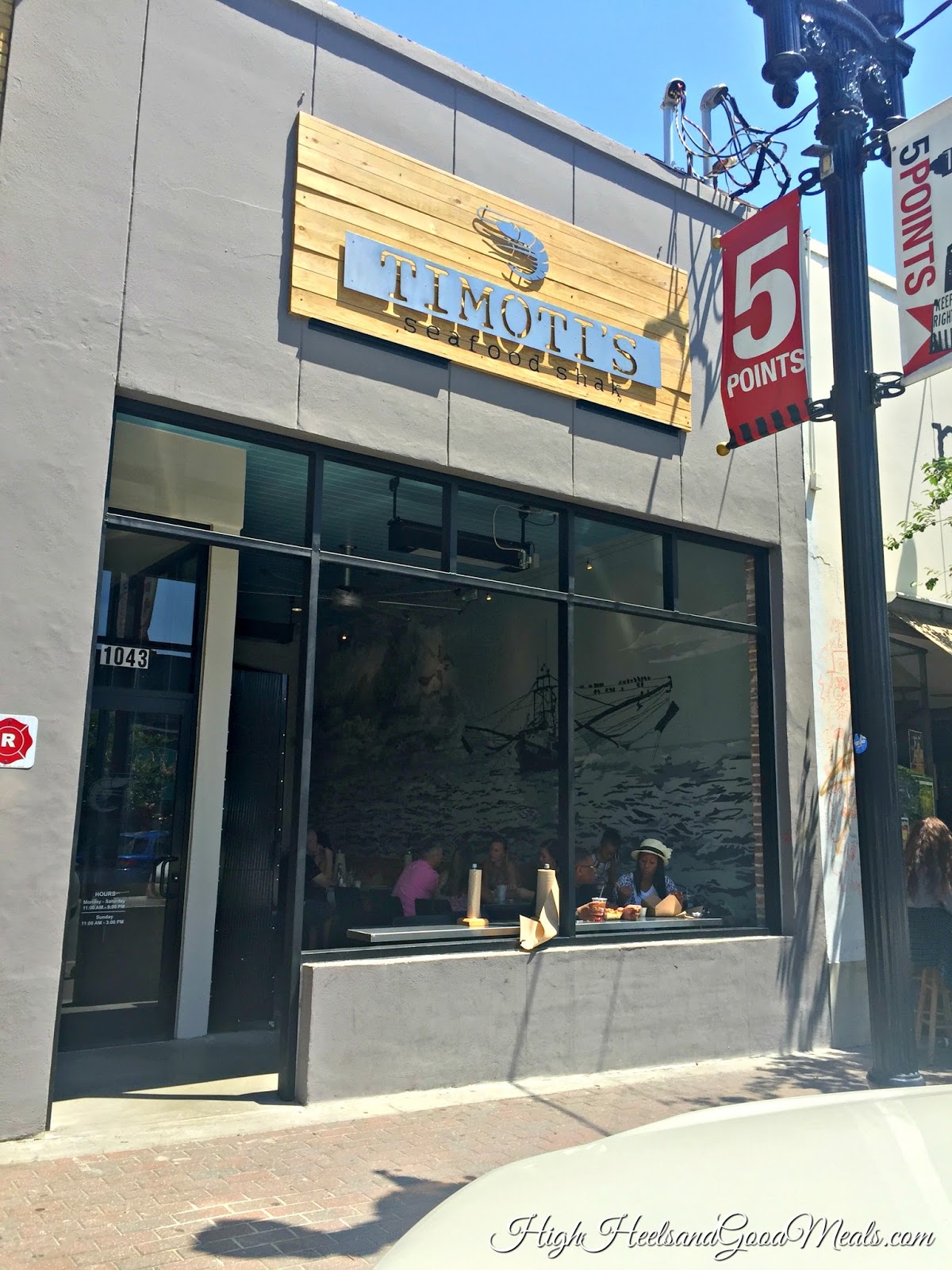 Now, I have read mixed reviews about this place but I’ve been a couple of times and enjoyed both visits.  I will say that there are other seafood restaurants I would recommend before Timoti’s, but if you’re in the area, it would be my recommendation for a quick seafood meal.  I love the open seating in the front of the restaurant.  It’s great for people watching while dining.  Walking in, one of the restaurant features that can not be denied is the really cool ceiling!  One up for the contemporary look! 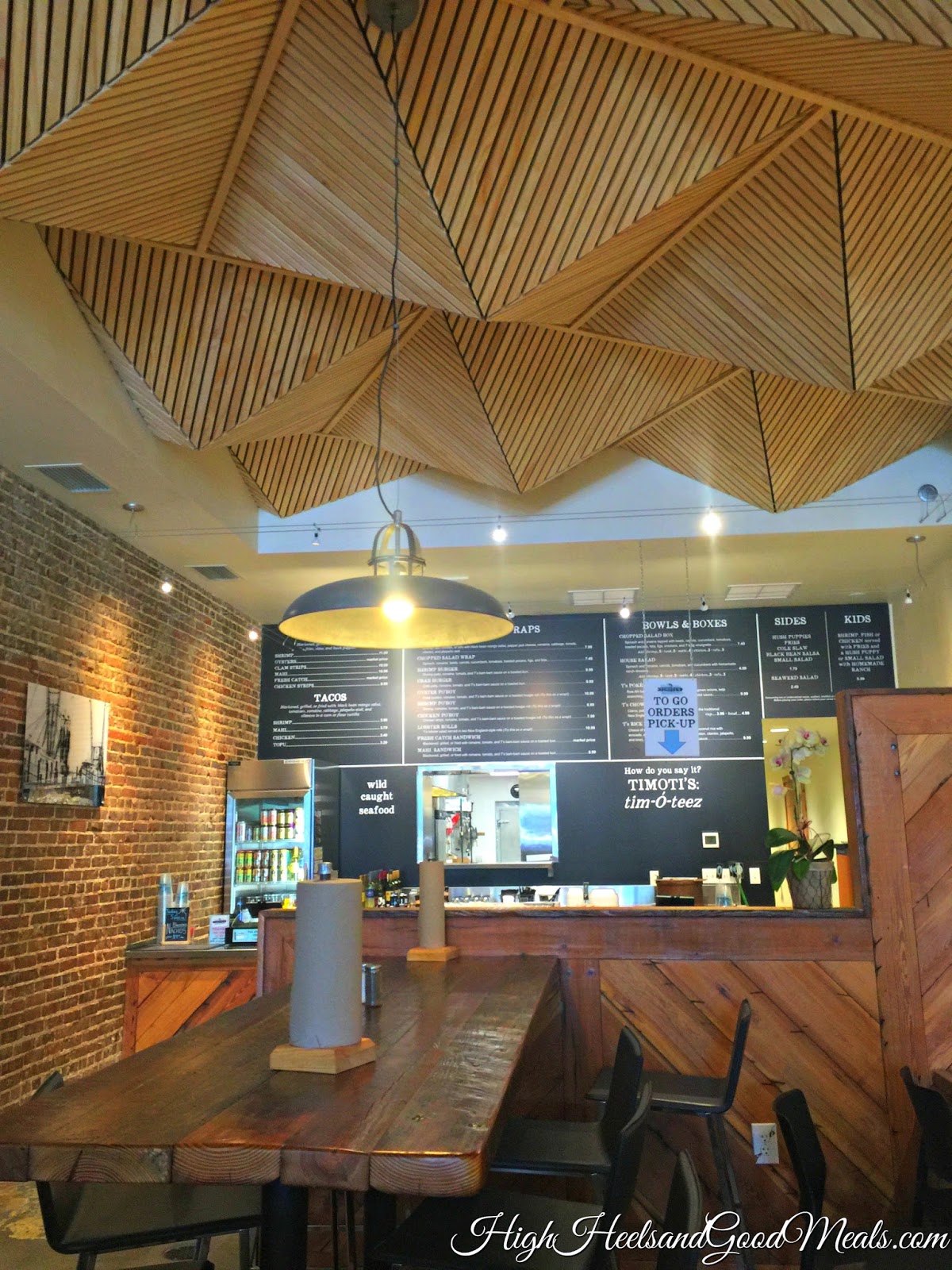 They have a nice selection of beverages, both alcoholic and non-alcoholic so we asked our cashier for her opinion on a good drink for us and she recommended this Passionfruit Hard Cider by Rekorderlig.  It was a nice compliment to our meal.  It reminded me of a wine cooler but in a can.  Nice and fruity, just how I like my mid-afternoon drinks! 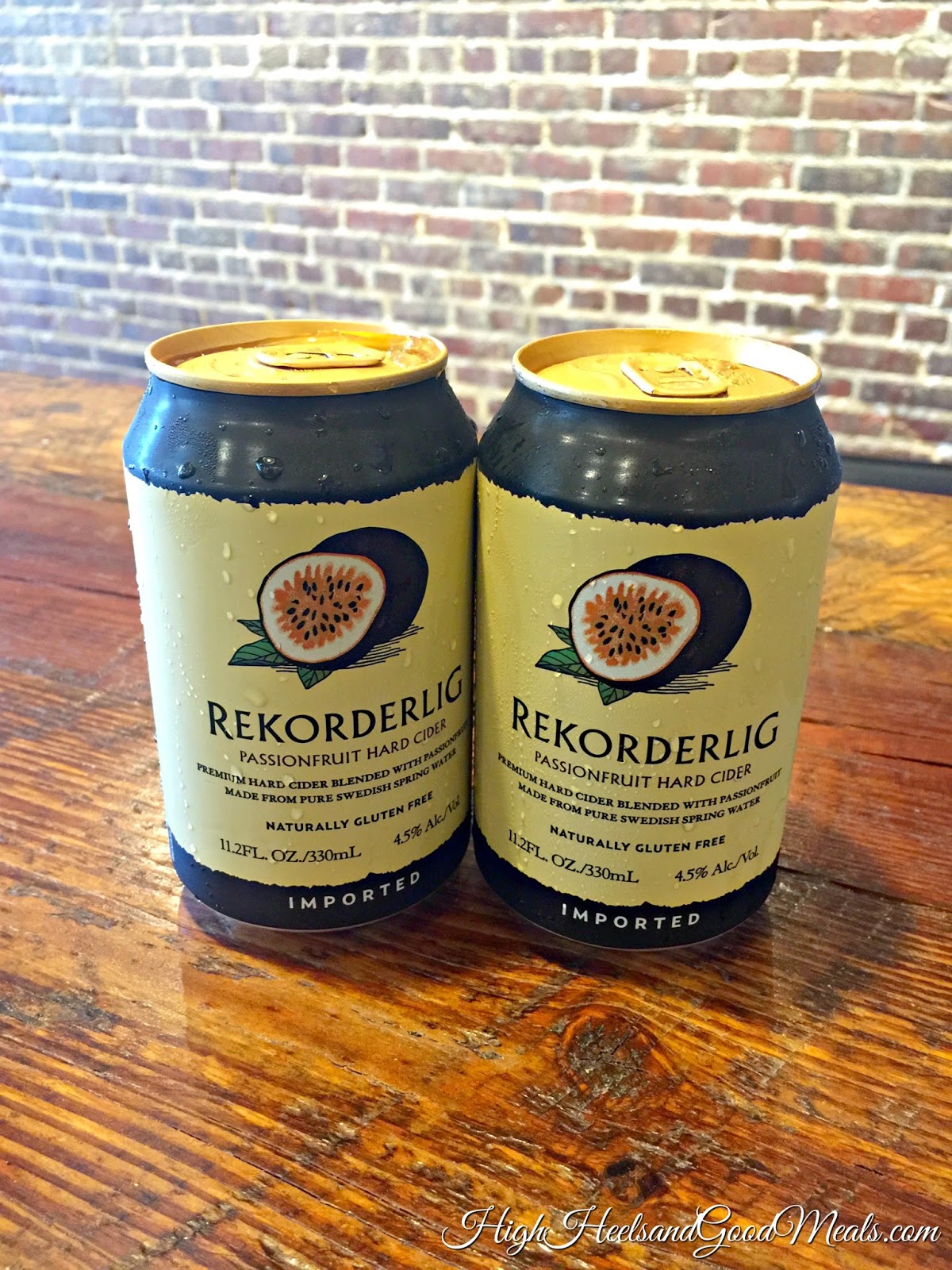 This time around I got tacos.  You can get your tacos fried, blackened, or grilled, with your option of corn or flour tortillas.  I got a blackened Mahi taco and a blackened Shrimp taco on flour tortillas.  I have to be honest, the tacos let me down a little bit.  They were filled with black beans, lettuce, tomatoes, salsa, jalepeno aioli, and a decent amount of fish and shrimp, but with all of that, the flavor was lacking.  It was beautiful to look at but I was left disappointed in the taste department. 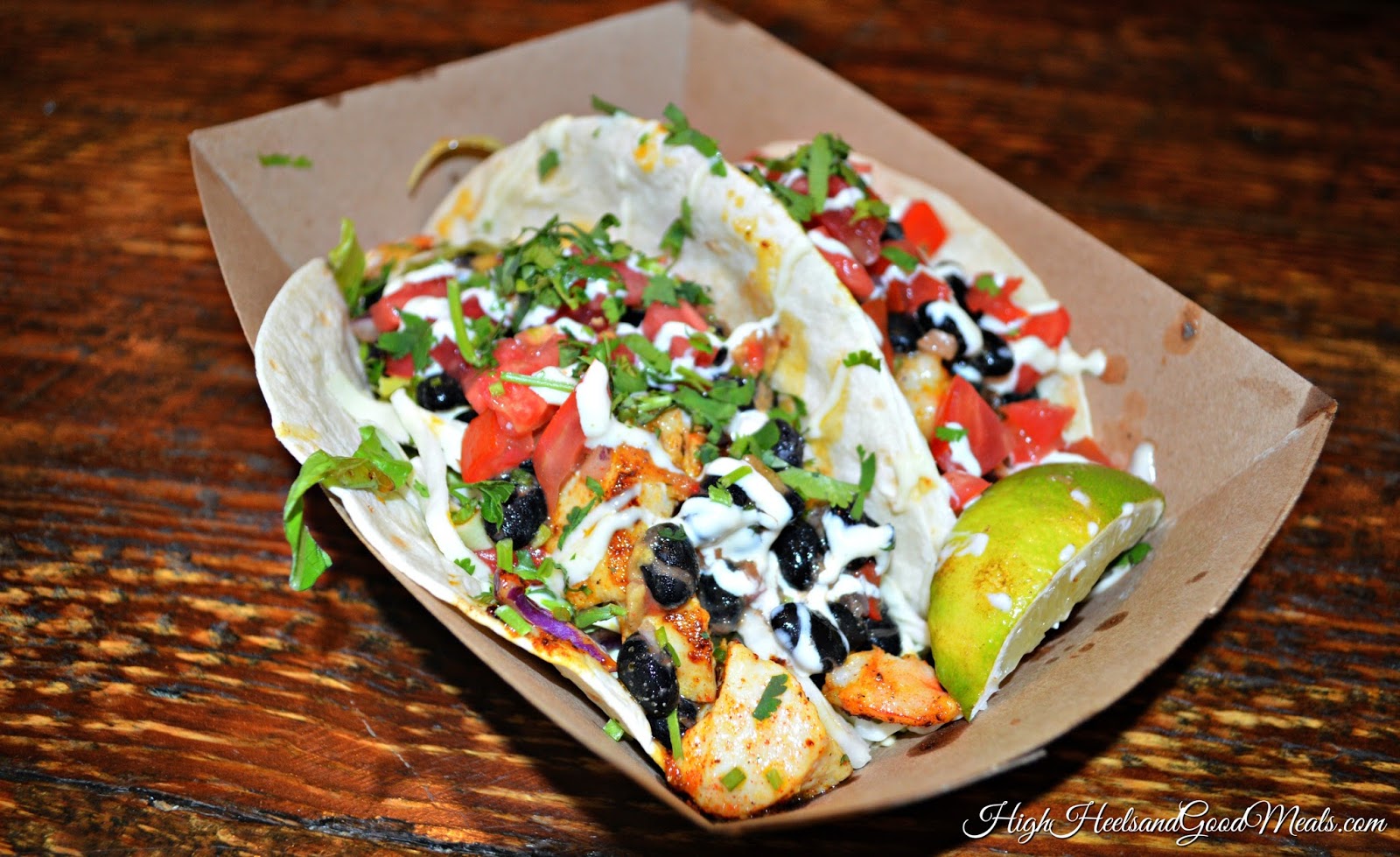 My friend got the Lobster Roll.  She said it was tasty and full of lobster meat on a buttery roll.  I tasted it and thought it was O.K. but I’m also not a huge fan of lobster so my opinion may be a little bias. 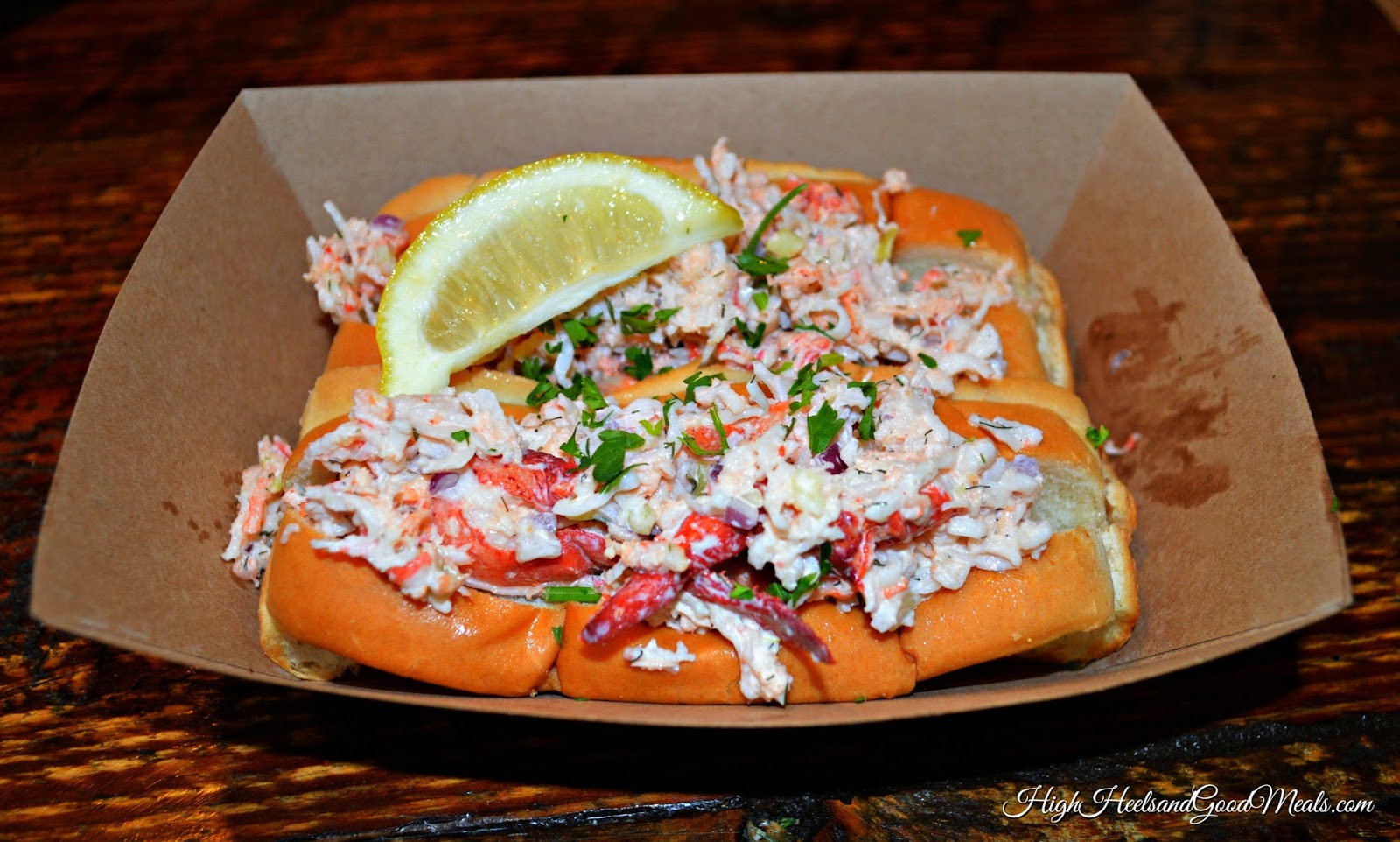 The fried shrimp basket was on point, the tacos not so much but even though Timoti’s was hit or miss, I’d go back in a heartbeat if I were in the mood for seafood and in the area.   All you’ll really need is a little seasoning in your bag, SWAG…no shade.

As always, thank you so  much for stopping by!  Have an awesome week!!!