Jollibee, the largest Asian fast casual restaurant company, recently made its way here, to Jacksonville (and Southeast U.S. for that matter) and last Friday I was privy to some of their tasty treats before they opened their doors to the public last Saturday!  Yay me because when I passed by on Saturday afternoon, the line was wrapped around the corner! 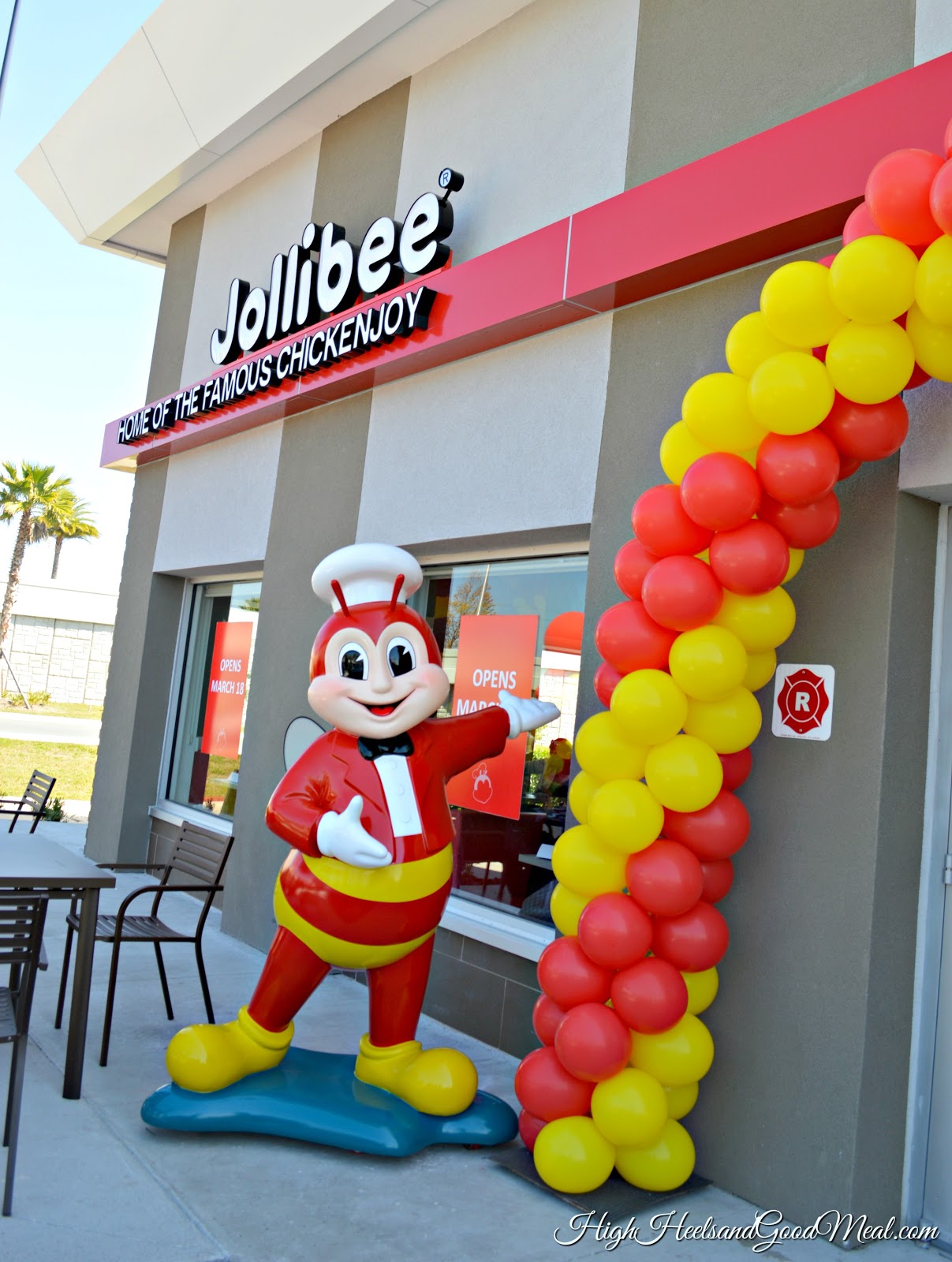 Something interesting I learned, that I never knew about Jacksonville, is that it is the home to the largest Filipino American community in Florida.  With that being said, a lot of people were very excited about the opening of Jollibee as it has apparently been a long-awaited arrival and talk of town since last year.  Though new to me, Jollibee has a ton of fans as I discovered from this soft media opening and by the comments I received from my Jollibee Snapchat story! 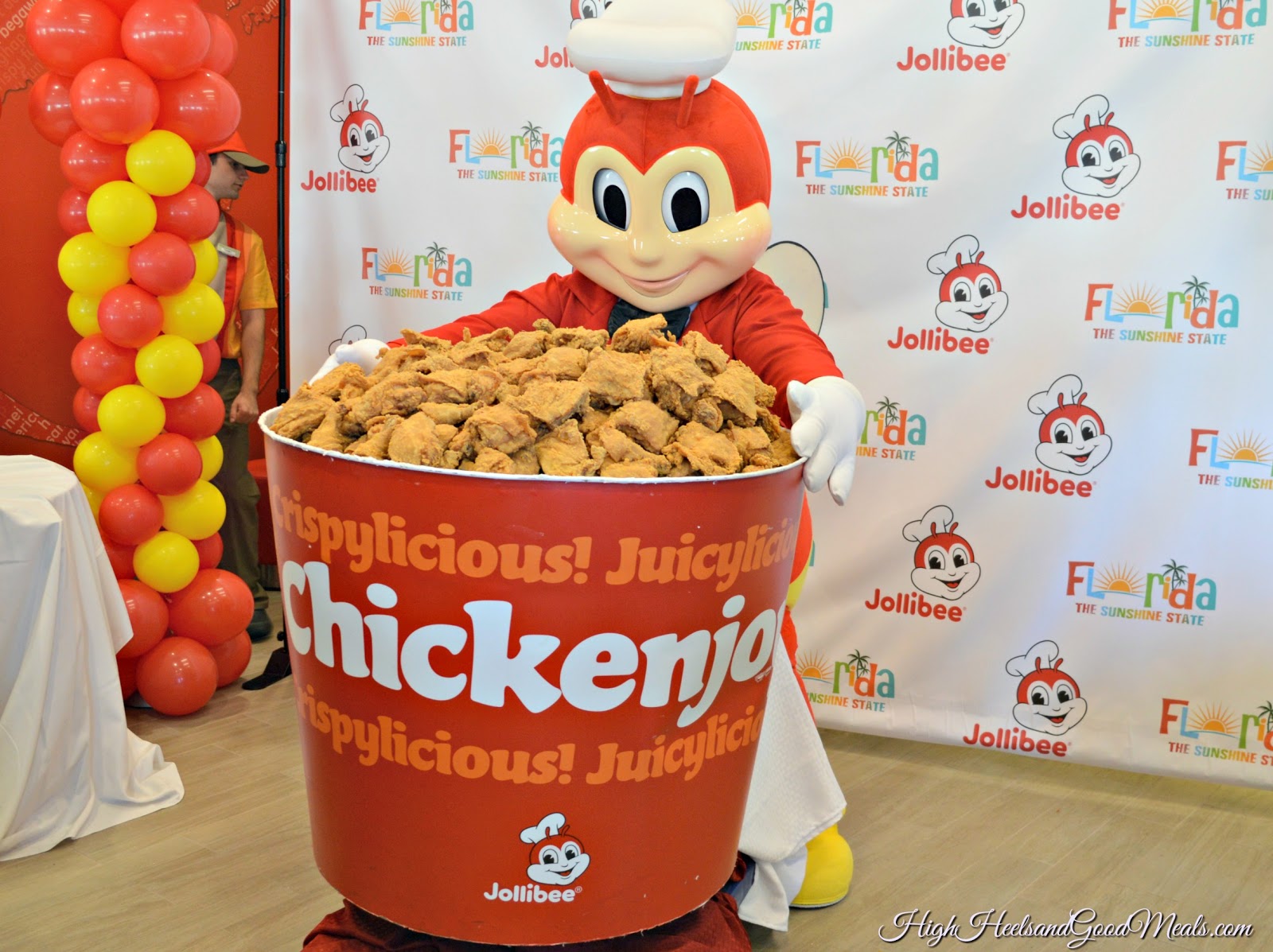 I can certainly understand why it is so beloved…the food is delicious!  One of the signature menu items (and my favorite) is the  “world famous” Chickenjoy.  It’s such a hit, they rolled out a lifesize bucket of it! LOL!  I don’t think I’ve ever seen that much fried chicken, in one place, at the same time, ever in life! 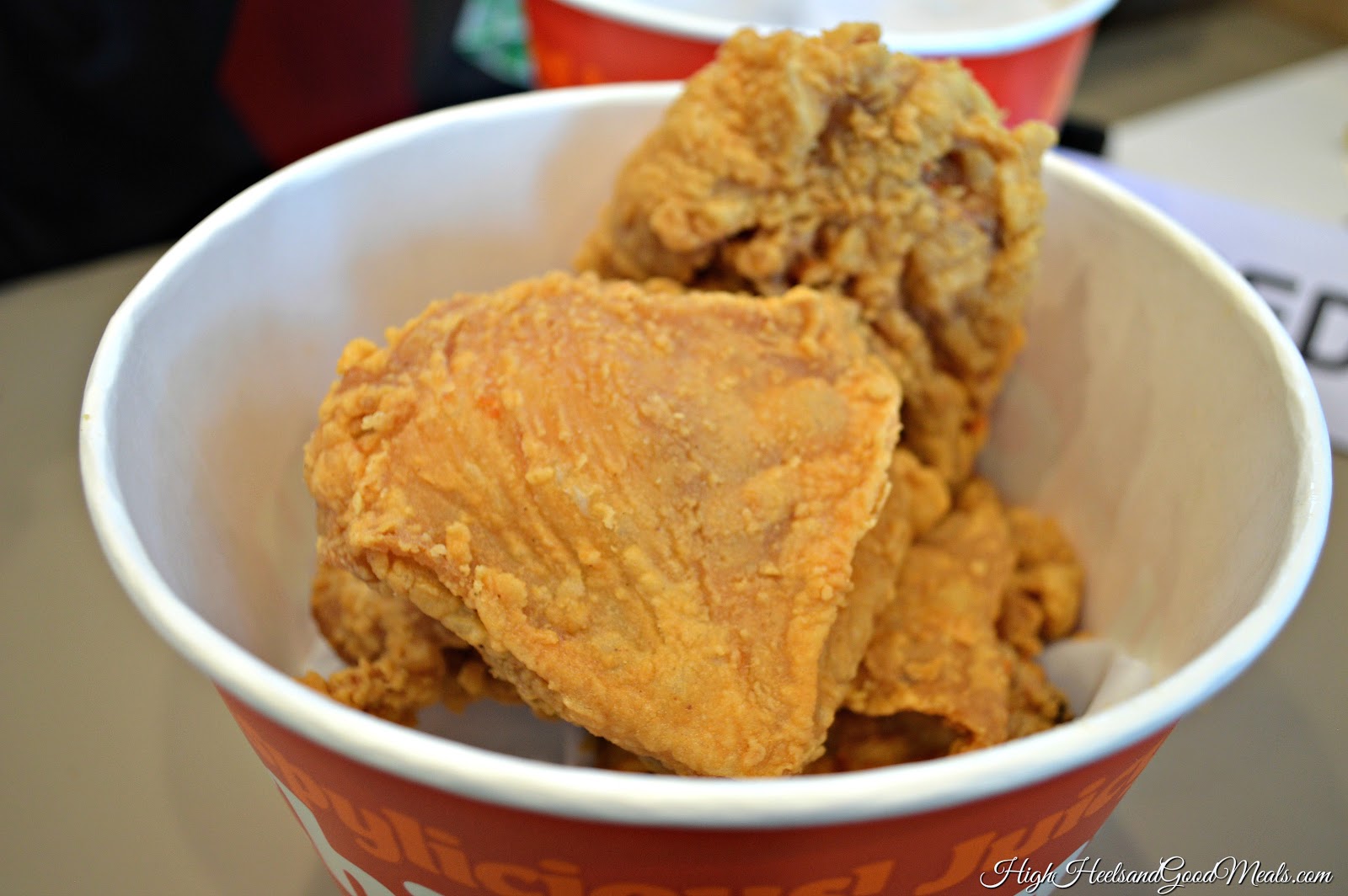 The ChickenJoy is delicately breaded to be “crispylicious” on the outside and “juicylicious” inside.  I couldn’t have described it better.  It was just that and had great flavor! 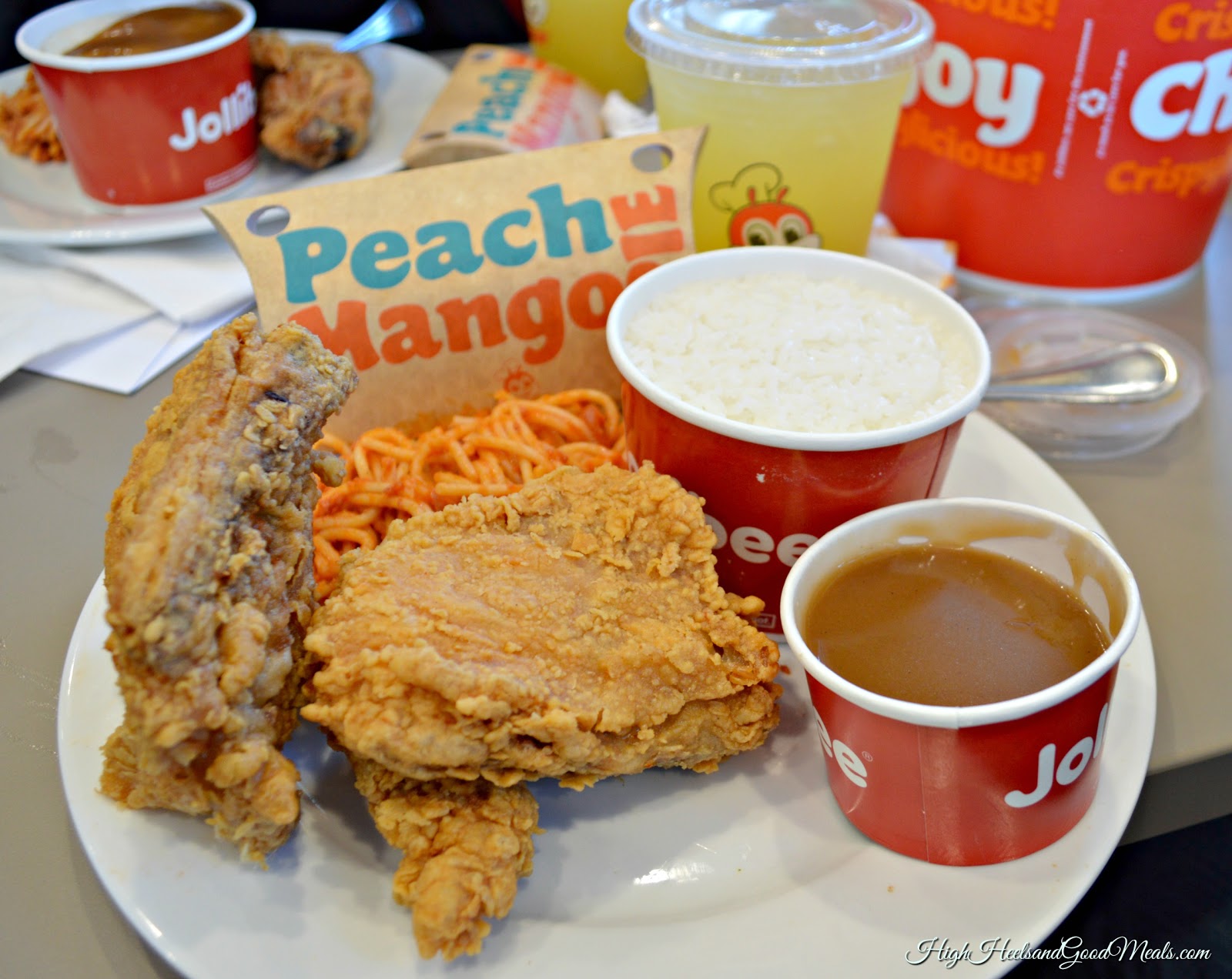 Another signature Jollibee dish is the Jolly Spaghetti.  Now you may be thinking, wait a second, fried chicken and spaghetti? I thought the same thing but people LOVE IT!  They use a special sweet-style sauce, loaded with chunky slices of ham, ground meat, and hotdogs.  This is a traditional Filipino dish.  You learn something new everyday!

I’m not a huge spaghetti girl so this wasn’t the dish for me but I can imagine lots of kids and “kids at heart” would fancy it very much!  The chicken alone, however, will have me back for more!  As you can see, there’s a side of rice and gravy on my plate.  It was an unexpected compliment to the chicken! 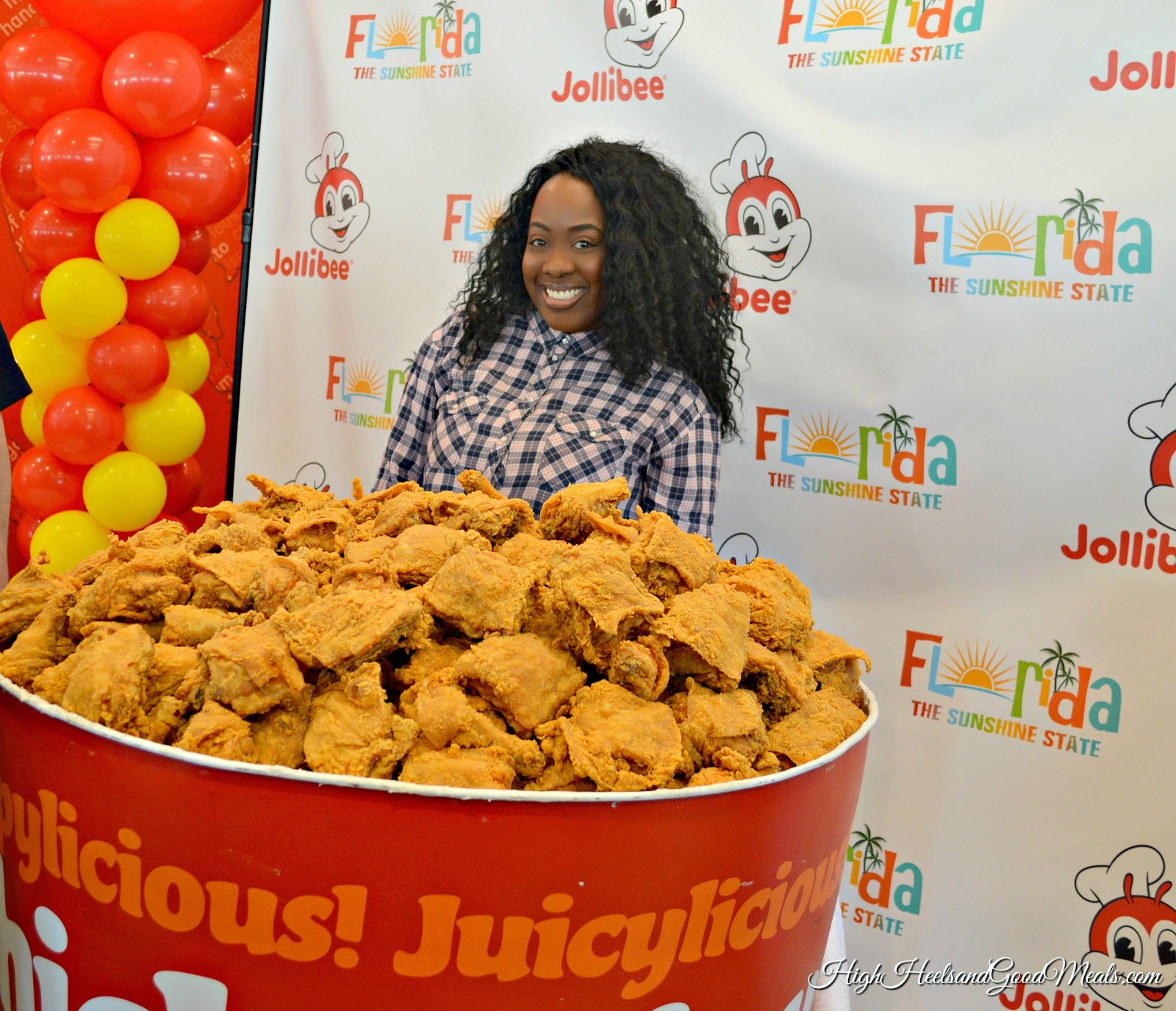 So about this life size bucket of chicken…you know I had to get a photo-op because I don’t know when I’ll ever see that much fried chicken at one time, again! 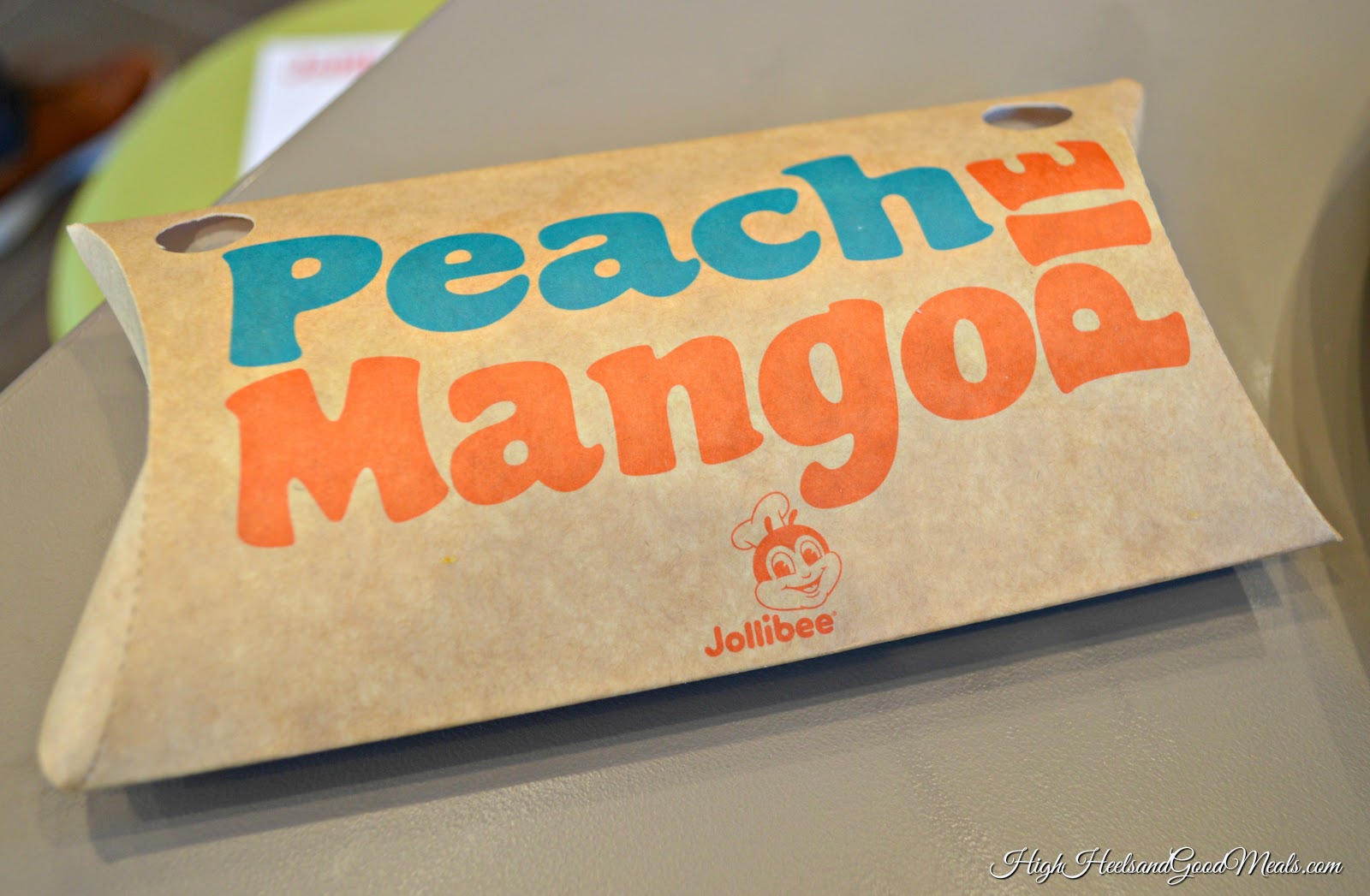 The Peach Mango Pie is made with real Phillippine sweet mangoes and a flaky brown crust.  I was told I absolutely had to try it.  So I did but I have to say, I have a strong affinity for apple hand pies so this wasn’t quite for me.  However, it is better than any fast food hand pie, I’ve ever had.  It was good, it was sweet, and if you love mangoes, you’ll absolutely love this pie! 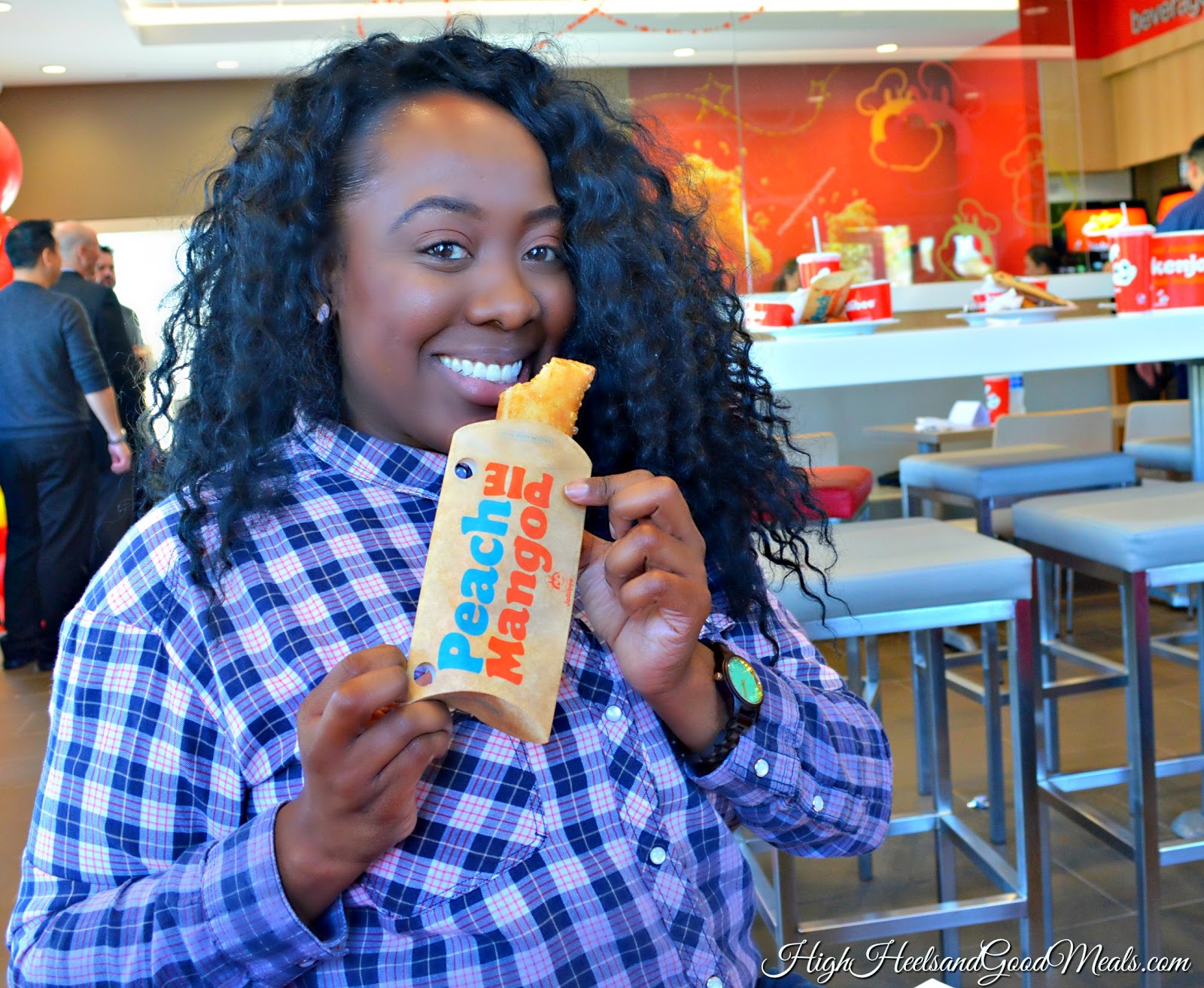 Overall, I liked it!  Not only was the food good but the service was wonderful!  The employees were very nice and accommodating and it seems like a really happy place to be…I guess that’s why it’s called “Jolli”bee!  I look forward to returning for more Chicken Joy and to try some of their other menu items like the Aloha Yum Burger which I hear is delicious and the Buko Pandan, their boba drink.  If this is what Filipino fast-food tastes like, I’m a fan!


Thanks so much for stopping by!