I’ve got a secret to tell you…The Ford F150 is my new bae.  I recently had the pleasure of driving the new Ford F150 to Orlando for a weekend with my friends, courtesy of Southern Ford Dealers and  Duval Ford, and I fell in love!  At first I felt a little nervous to be in control of such a large vehicle but once I got the hang of it,  that was all she wrote!  It should not come as a suprise to me that I fell in love with this truck because my parents have always driven Ford SUVs.  It’s a big truck, but it comes equipped with everything you need for a comfortable ride.  Shoot, you could even move into it if times ever get hard lol!  It’s that big!  From the style to comfort, and safety, my ride to Orlando was super smooth! 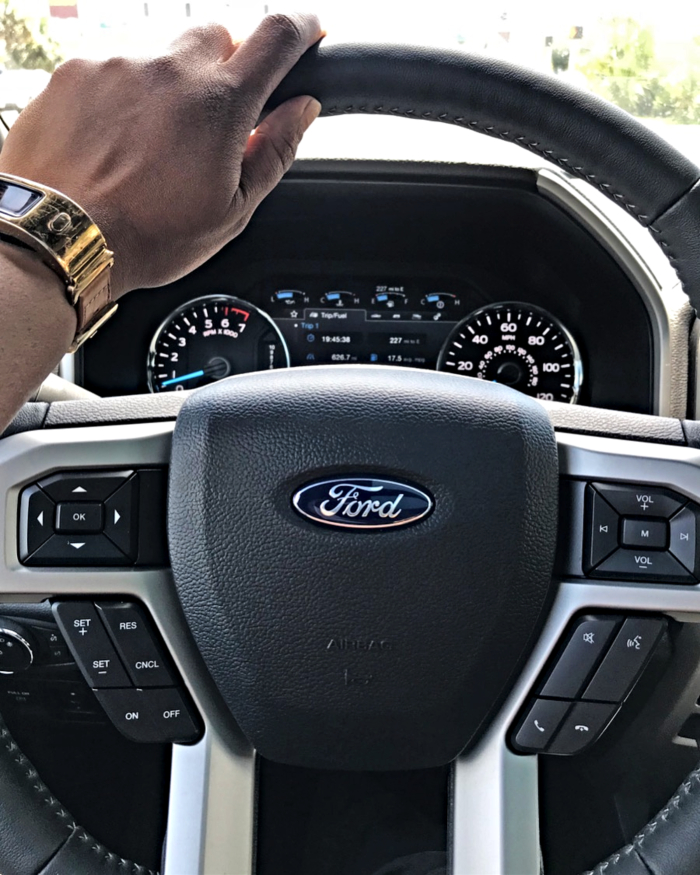 I bought a new car a couple years ago but this baby had me fiending for a new whip!  I mean just look at all of the features!  Just to list off a few, you’ve got the adaptive cruise-control, double sunroof, an 8 inch-touch screen productivity screen with GPS, remote tailgate release, and my favorite feature, the 360 degree camera!  Not only can you see everything behind you when you’re backing up, but everything in front of you and on both sides!  It’ll be pretty tough to accidentally run into another car while backing into a parking space and for me,  that was a concern driving this big boy! 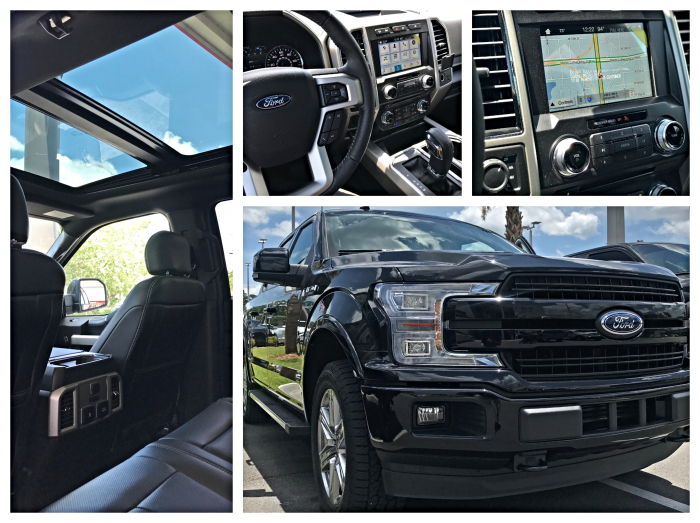 I loved that the interior was all black and had sleek leather seats and that there were full electrical outlets to plug up your devices.  The cab can even open up from the inside and it’s so wide you could probably fit a twin size mattress in the back.  See why I say you can move in if times got hard?!?!  This is the perfect vehicle for truck lovers!  I would totally buy one if the opportunity presented itself and I was in the market for a new car!

See, I look good in the F150!  Haha, but seriously, I felt pretty important in the big body that weekend.  I didn’t want to give it back!  I’m so thankful that Ford was so courteous to let me frolic all over Orlando in it for the weekend!  Speaking of frolicking, when I got to Orlando, I immediately met my girls at Slate for brunch. 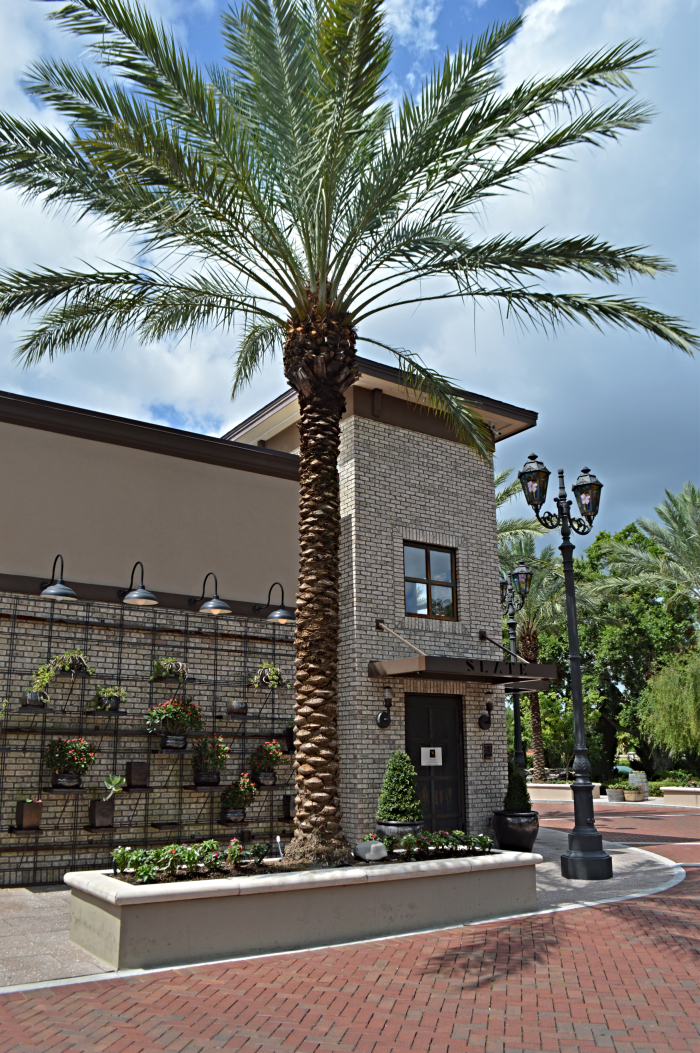 Now I know there’s a pleathora of eateries in Orlando but I sought out recommendations from local foodies and this place was high up on the list…….{insert disappointed emoji here 😩}.  I’ll just say this..if bland is your thing, this is the place for you.  I mean that in all sincerity because I know people who do not like a lot of flavor in the food and that’s totally ok.  Just not ok for me so Slate,  you missed the mark for me and my girls but the establishment is beautiful and the service was wonderful.

We weren’t going to let our disappointing brunch stop us from enjoying the day though!  We ventured out and did what us girls love to do… SHOP which Orlando is great for!  After a little while our brunch debacle was forgotten.  We ended the evening at City Walk and the cool new Toothsome Chocolate Emporium (that I’ll tell you all about later 😉)!  There was lots of laughs and as always, a great time catching up with friends.  Again, big thanks to Southern Ford Dealers and Duval Ford for providing me with the fabulous Ford F150 for the weekend and thanks to all of you for reading!  Have a fantastic week!